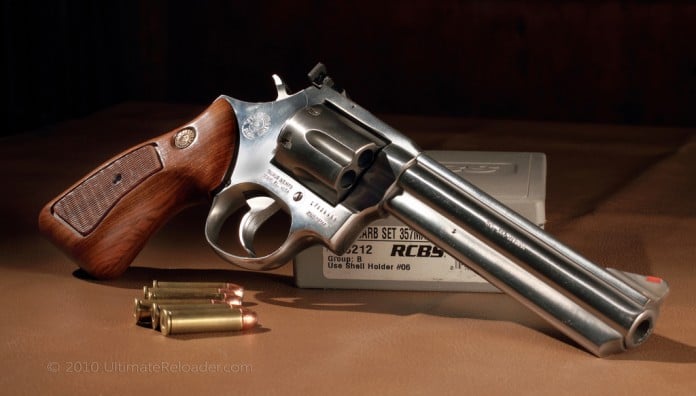 An attempted robbery at a Canton, Ohio, drive-thru last week was thwarted by an attentive couple who was armed with a .357 Magnum. The store owner fired two shots at the robber, who in turn fired six shots back. Neither the suspects nor the victims were injured during the robbery attempt, but the entire ordeal was captured on surveillance video.