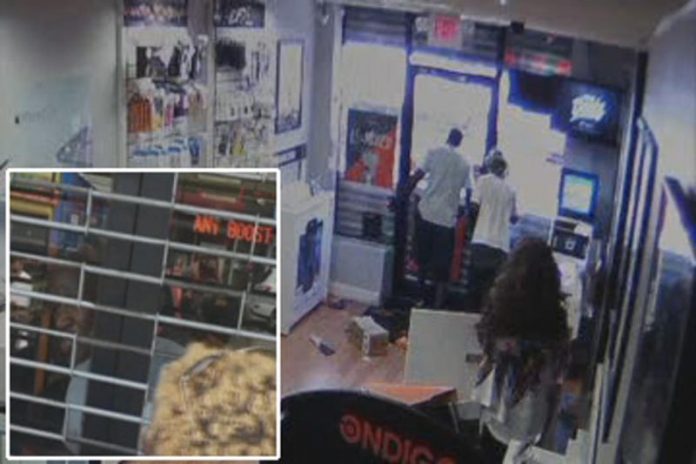 A pair of greedy robbers who targeted a cell phone store in Paterson, New Jersey, last week were outsmarted by a witty manager who locked them inside the store.

The two suspects bolted into the store, pointed a gun at manager Tomy Torrez and demanded money and merchandise. Torrez did as he was told, handing over the cash, then telling the thieves to help themselves to the merchandise on the walls.

But while the suspects were busy collecting loot, Torrez was busy with some tricks of his own.

Torrez went out a back door which connected to another business, locked the door behind him and told everyone they needed to get out. Then Torrez walked around from the outside and made his way to the front of the store where he locked that door as well.

Once the suspects collected what they believed to be sufficient goods, they started toward the door, only to realize they were trapped. Panic – even a bit of what appeared to be a tempter tantrum – ensued as the suspects desperately tried to figure out how to escape.

Meanwhile, a small crowd gathered outside and began poking fun and laughing at them.

The duo eventually unbolted bars from a back window and escaped after numerous calls to police initially went unanswered. A miscommunication somewhere along the way led authorities to believe the armed robbery was actually just a shoplifting incident and therefore not so dire. Torrez said they called the police “like five times,” and the department is investigating into what caused the hold up in response time.