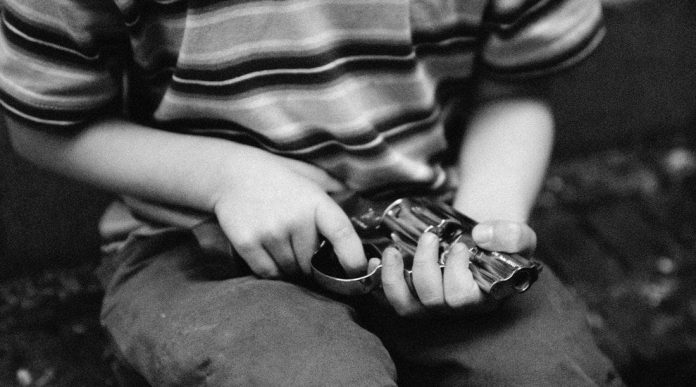 According to Rob Pincus, owner of I.C.E. Training, storing—his word was staging—a firearm in a safe in a child’s bedroom is a good idea.  He offered this advice at a session on home defense concepts at the NRA’s annual meeting in Louisville this year.  Shannon Watts of Moms Demand Action for Gun Sense in America gave the predictable response that the NRA is only interested in selling guns instead of keeping children safe.

As with so many simple statements, Pincus’s recommendation needs some thinking through to see if it’s something worth trying.

His suggestion is a solution to the danger of home invasions, arguing that if a criminal breaks into your home, the first place you’ll want to go is your child’s room.  But how much risk do we have for experiencing a scenario like this?  Unfortunately, given the way crime data is recorded, it’s hard to answer that question.  The locations of violent crimes aren’t well sorted out, since a criminal will generally be charged with robbery or assault, no matter where the crime occurs.  So figuring out the relative risk between being at home as opposed to out in public isn’t easy to do.

While violence is down from peak rates in the early 90s, though, it’s still something that happens at numbers high enough to be a reasonable concern.  The total violent crime rate in 2014 was 365.5 per hundred thousand, a rate that includes homicides, rapes, robberies, and aggravated assaults.

That’s an overall rate, one that doesn’t necessarily tell me what my personal risk may be.  People who sell self-defense training or products have an interest in making us all be concerned over the danger of a violent attack, but each one of us has to assess the probabilities of our own lives.  To be clear, I see training as a good idea.  It’s just that a one-size-fits-all approach—whether we’re talking about gun storage, concealed vs. open carry, or other aspects of armed defense—doesn’t work.

But in contrast to the knee-jerk reaction of gun control advocates, the danger to children is vastly less than the risk of violent crime.  Around 600 Americans of all ages die each year from unintentional gunfire, about a third of which are under twenty-five years of age.  Only eight percent of those shots are fired by children younger than six.

As I said, simple directives are rarely simple after analysis.  The recommendation of the American Academy of Pediatrics that parents shouldn’t have guns in their homes, but if they do, those guns should be locked up in one safe with ammunition locked in another is an equally blanket assertion, one that has its own risks.  As the recent incident in Alabama illustrated, children do at times face home invaders who threaten violence.

The responsibility of each gun owner is to work out what risks we face.  That includes criminal violence, but it also has to take into account risks of accidents and negligence.  There is no one answer for each person, given the variation in circumstances from one person to the next.  Ideas that Pincus and others like him offer should be considered, but we have to make up our own minds and be ready to face the consequences.

On this topic: Protecting Your Family: A Smart Parent’s Guide to Self Defense and Concealed Carry (CCW)