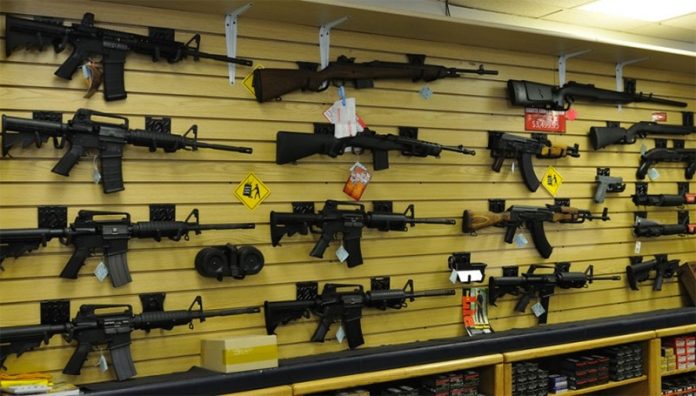 One slightly strange consequence of the election, though, has been increased focus on a group of gun owners who are often overlooked – liberals.

Gun sales have, in general, decreased since the election of Trump. The peak in demand for weapons in recent years coincided with Obama’s repeated attempts to ban assault-style weapons, and so the new administration’s softer stance on gun control was always likely to reduce sales.

However, there are a few demographics for whom gun sales have actually gone up in the last few months. Gun shops catering mainly to black and LGBT communities have reported significant rises in sales. These groups, typically Democrats, do not fit the stereotype of the firearms enthusiast, and it is worth taking a moment to consider why they feel the need to arm themselves now, and the kind of gun store that caters to them.

Firstly, it is worth pointing out that there is nothing contradictory in being both a liberal and a gun owner. Hunting is enjoyed by people of every political creed and stripe, and even many people in cities believe fervently in the Second Amendment.

After Trump’s election, it seems these people feel it necessary to arm themselves. Some have pointed out that this may be a response to increased fear – that the sometimes aggressive rhetoric of the new administration has led to many liberals fearing outbreaks of violence. Of special concern is that many in minority communities, for instance black or LGBT gun owners, feel an increased fear of gender- or race-based violence.

In parallel with these increased sales, many gun shops have opened which are specifically designed to appeal to liberal gun owners. They are capitalizing on something of a gap in the market, because many liberal gun owners feel intimidated or just plain disagree with the atmosphere of your stereotypical gun store.

Often, gun stores, and especially those in rural communities, prominently display their politics in the store window. It is not uncommon to see right-wing, Islamophobic, or Xenophobic messages posted in gun stores such as these, and it is explicable that liberals find such stores an uncomfortable environment.

These stores are not anomalies. Membership in the “Liberal Gun Club” has increased 10 per cent since the election, and other clubs catering to traditionally liberal groups have also seen rises in membership. “Liberal Gun Owners”, a group on Reddit, has been going for four years now, has close to 7,000 subscribers, and has a thread dedicated to helping users find liberal gun stores.

This shift is part of a broader transformation in consumption habits. Consumers nowadays are increasingly aware of the moral, political, and ethical values of the companies they buy from. Accordingly, they want to buy products from manufacturers and stores that embody values they agree with. Many liberals are unhappy supporting shops that prominently display their right wing credentials.

This does not mean that liberal gun ownership will catch up with that of Republicans any time soon. A relatively large number of conservatives – 41 per cent – report having a gun in their home. In comparison, just 23 per cent of liberals say they have a gun at home, according to the Pew Research Center (data here: http://www.pewresearch.org/fact-tank/2014/07/15/the-demographics-and-politics-of-gun-owning-households/).

This doesn’t mean that liberals are not armed, however, and nor does it mean that Second Amendment rights are not a concern of the left. Bernie Saunders, a left-leaning senator for Vermont, who ran against Hillary Clinton in last year’s Democratic Primaries, made much of his stance on gun control. He has campaigned against the federally-imposed waiting times for buying weapons, and is in favor of some protection for gun manufacturers.

That said, it comes as no surprise to learn that Saunders also supports the long-running Democratic attempt to an assault-style weapons. He has also talked at length about tightening up the law regarding background checks at gun shows.

Whatever your position on these issues, it might come as something of a shock to learn that liberals are armed too. If the recent rise in gun sales to liberals continue, and many in the industry think that it will, we are likely to see many more liberal guns shops appearing over the next few years.