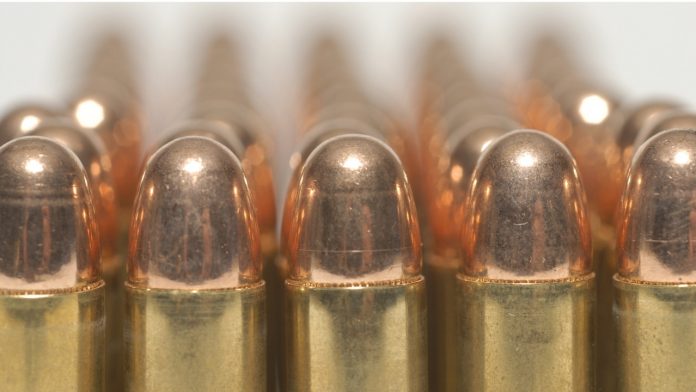 Every. Single. Time. Someone buys a new gun, often their first gun, and then looks at the price of a box of defensive ammo. The next thing they do is run to whatever gun forum told them to buy said gun in the first place, and ask if FMJ is effective or if they could carry FMJ or Lead Round Nose (LRN) instead of JHP. Well today we’re going to specifically look at revolver ammo, and answer the burning question: is it okay to carry FMJ or LRN in my defensive ammo? Yes. That’s it. That’s the whole post. Well not actually, because you’d probably like to know WHY it’s okay, wouldn’t you? Great, let’s do this.

Alright, now before we do this, we have to understand one important fact, and that namely is handgun wounding mechanics. Service caliber handguns calibers all wound the same way: they crush tissue. That’s it. A handgun, whether it’s a 357 Magnum, a 9mm, or a 45 ACP, can only damage tissue that the projectile physically touches on its way through the body. This was the whole reason hollowpoint ammo was invented – the increase the size of a handgun projectile so it would crush more stuff. Simple as that. There is no hydrostatic shock, there is no energy dump/transfer. When you’re looking at handgun ballistic tests the only part that matters is the permanent wound cavity, because that represents destroyed tissue.

Great, now that we’ve got that sorted out, we can get into why, although not ideal, FMJ and LRN can be acceptable in a defensive revolver. Let’s start with sights. If your defensive revolver has fixed sights, you need to find the bullet grain weight that matches with your sights. This is job #1, because since we know that pistol bullets can only damage tissue they touch, we have to get good hits. Job #2 is that round has to be controllable, which is why so many revolver experts frequently recommend 148 grain full wadcutters for small frame revolvers. Remember, only hits count, and they need to be really good hits in order to count if you’re using a handgun. So if your choice is between a 130 grain +P+ JHP that has so much blast and recoil that you can’t control it out of your LCR, or a 130 grain FMJ that you can drop in the x-ring on command, the best choice is the FMJ.

T​o help make sense of this, let’s go back in time to the period where revolvers dominated the landscape, 1860-1980. For over a hundred years we were shooting people with wheelguns, and most of the time we weren’t using expanding ammo. There are entire graveyards full of people that have been killed with lead round nose projectiles from 32s, 38s, 44s, and 45s in those time frames. But let’s focus in on one round that has been particularly maligned over the years, the 158 grain 38 Special LRN. A casual google search will unearth references to this round as “the Widowmaker”, not because it dropped badguys, but its reputation at the time was so bad that cops believed badguys would just keep coming if you shot them with it. But was the problem really the round, or was it a marksmanship issue? As it turns out, it was probably a marksmanship issue. Legendary cop Pat Rogers said of the 158 grain that it worked well when the shooter did their job, and in the time period that it was their standard issue round, none of the badguys LAPD shot with it magically came back to life. Sure, it sucked at defeating intermediate barriers like heavy gauge steel or car windshields, but that’s a problem all pure lead rounds have.

S​o, what conclusion can we draw from all of this? With a small compact revolver, the most important thing you can do is get a round that hits to the sights and is easy to shoot. If that means you’re packing LRN, FMJ, or a full wadcutter, so be it. As the revolver goes up in size and barrel length, you can start to use modern JHPs at high pressures to get the benefitof expansion, but remember: the most important thing to do with a wheelgun is get your hits.