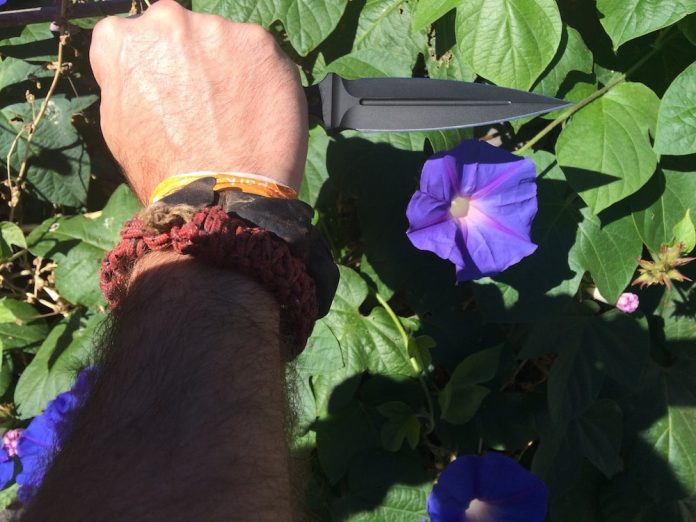 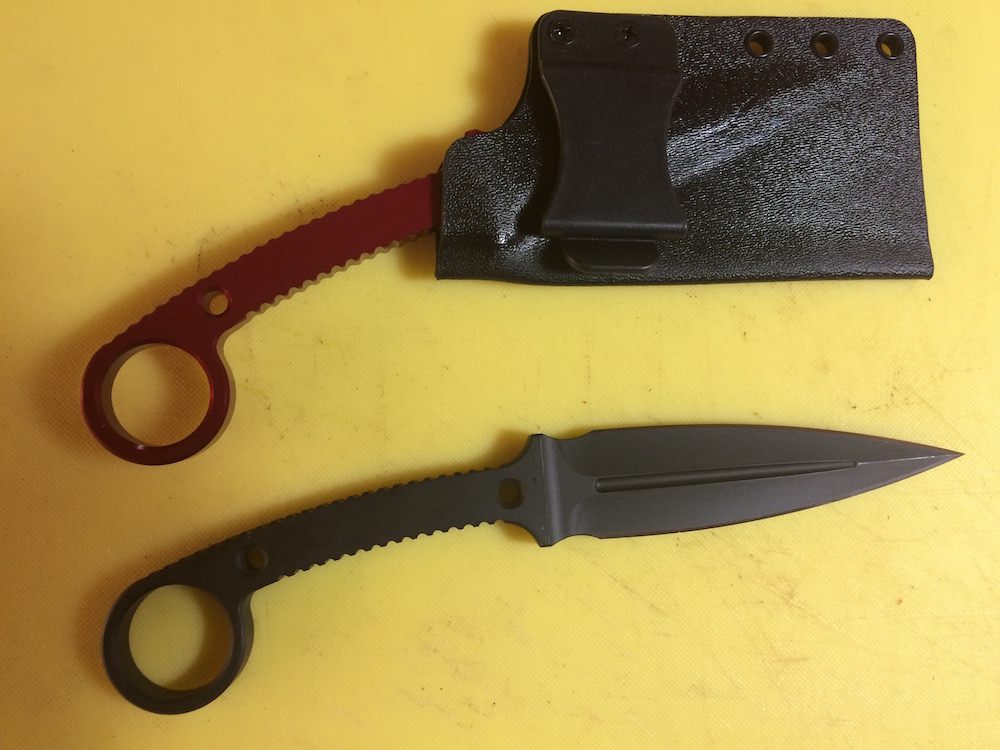 One of my good friends let me know, all beaming smiles and swagger, that he had landed a beautiful ZU Bladeworx Floro Fighting Systems Knife, and was kind enough to lend it and its accompanying trainer for me to review. I’m a firm believer in having the right tool for the job, and also in having a fine, rugged and dependable blade at hand when the need arises. 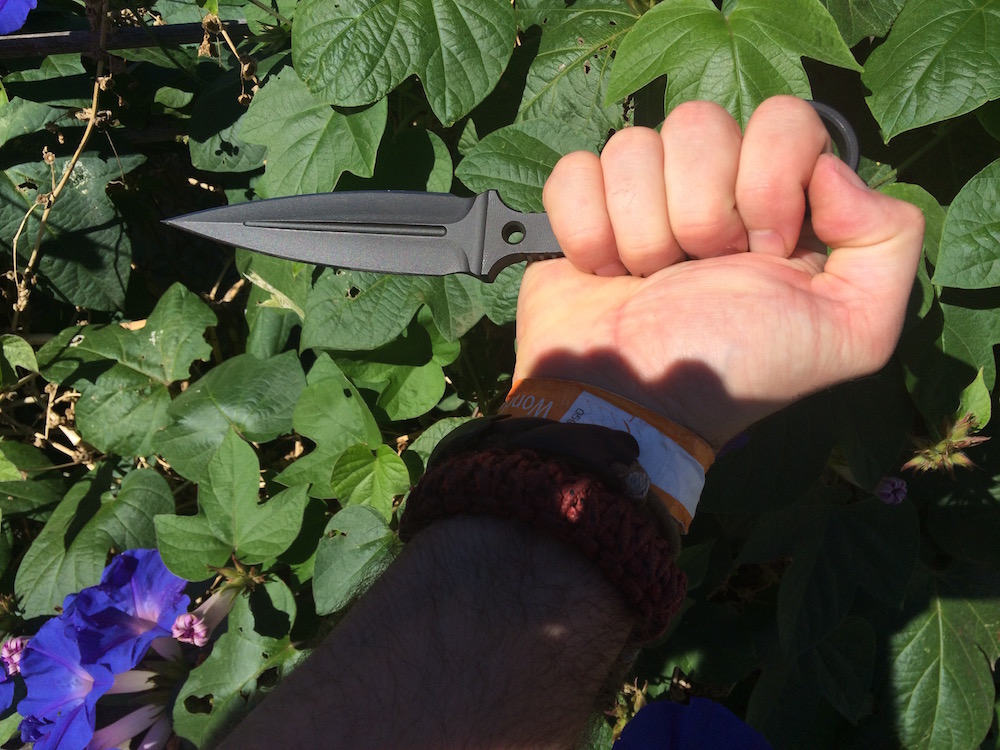 Floro Fighting Systems is a system of edged weapon combat and defense that is reported to be not only simple to learn, but one of the most effective self defense systems available today. I’ve not had the pleasure to attend any of their training, but the friend who lent me the blade says they’re legit.

Billed as efficient, direct and immediate, FFS is one of the very few styles that is still based on the blade, and is used by civilians, soldiers, and law enforcement agencies worldwide. Reported to have over thirty years of experience, Floro has instructed internationally: US Special Forces, Korean Special Forces, various SWAT teams, and the New Zealand Police. Members of the Australian Federal Police and Australian Defense Force have individually sought private instruction. So, it seems the FFSK comes from a pretty grounded fighting system, so you’d expect their blade to back that up.

The blade itself is a karambit style, blended with a far straighter blade shape than those of the 5.11 Tactical Tarani CUB or the HHA-LFK01 , far more like the Fairbairn-Sykes fighting knife. 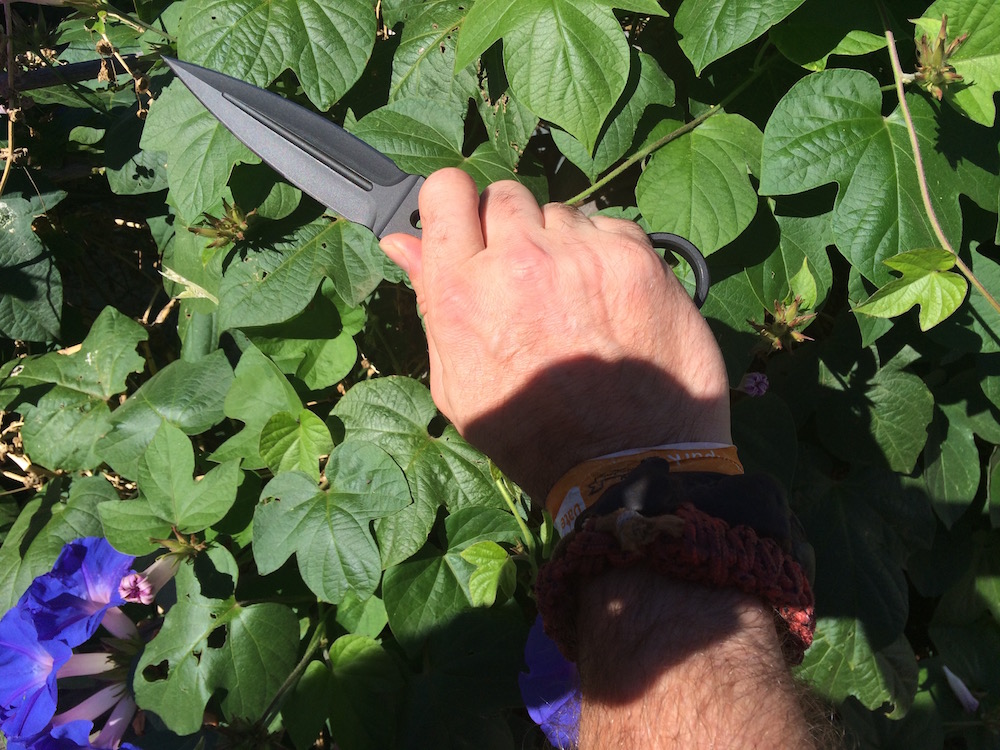 The FFSK is 235mm (9.25″) long, 100mm (4.5″) of which is double edged, hollow ground blade. The blade comes to a very severe point. A deep fuller ground into the middle of the blade lends rigidity as well as reduces weight. The 10mm (0.4″) thick blade is cut from a single billet of A2 steel which has been double tempered and cryo treated to a RC58 hardness. The blade itself has been ground down to be 6.5mm (0.25″) thick and a couple of holes have been drilled in the handle both to reduce weight and to add lashing cords should they be desired. It weighs in at around 200g (7oz) which is (33% lighter than the other ZU Punisher knife and 14% lighter than the Ghost), so it’s a lean, mean fighting machine, Cerakoted in sniper gray. The large ring at the butt end of the knife, in keeping with traditional karambit design, is for the index finger to fit through. This can be used not only to retain the knife but also as an impact weapon, to add force to a punch or as a hammering attack.

I was told that the Floro fighting system has a lot of punching style strikes, which seems to fit nicely with the traditional butt-ring acting as a knuckle duster. The forward sweep of the blade nicely presents the edges for slashing or stabbing strikes. 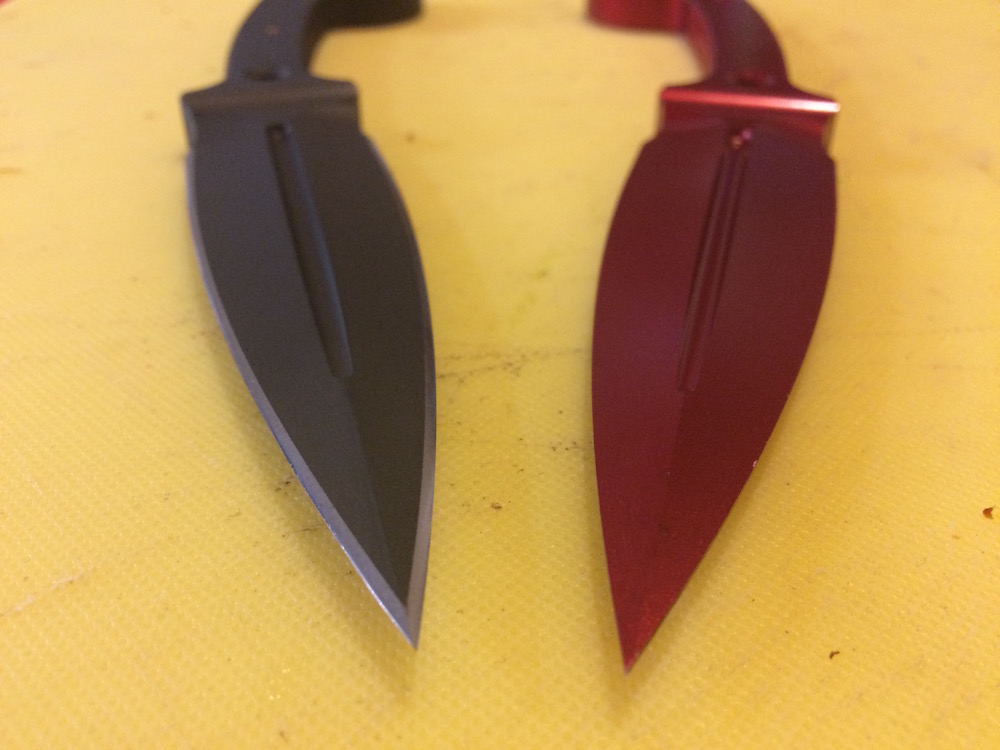 The blade comes with a kydex sheath which includes a snugly fit clipping belt loop, adjustable for left or right hand draws, and set up to wear horizontally.

This is the official knife of the Ray Floro Fighting Systems syllabus and ships frighteningly sharp. Each knife is sharpened in-house by “Dirty Harry”, with the blade designed and built in Australia. Even though I am unfamiliar with this kind of knife style the blade is very nicely balanced in the hand, and certainly feels like something you don’t want to mess with. I can’t say I like the cant of the blade, but I can certainly see the intent behind it. One other thing that both surprised and concerned me was that the accompanying trainer is really quite sharp. The Benchmade SOCB CQB trainer was weighted exactly the way the live-edge blade was made, but was fully blunted for some pretty serious full-speed stabbing and slashing action. The ZU trainer only weighs 60g and is made of anodised aluminum, but is every bit as pointy as the live-edge blade. I wouldn’t train with this any more than I would with the live blade.  I’ll leave that to Grand Masters and Jedi alike.

That said, this is a fine knife and it certainly appears to be very purposefully designed with the ZU Bladeworx “sterile” appearance and no-frills rugged design. If you’re likely to be using a Filipino style of knife combat, you might well be interested in this blade.