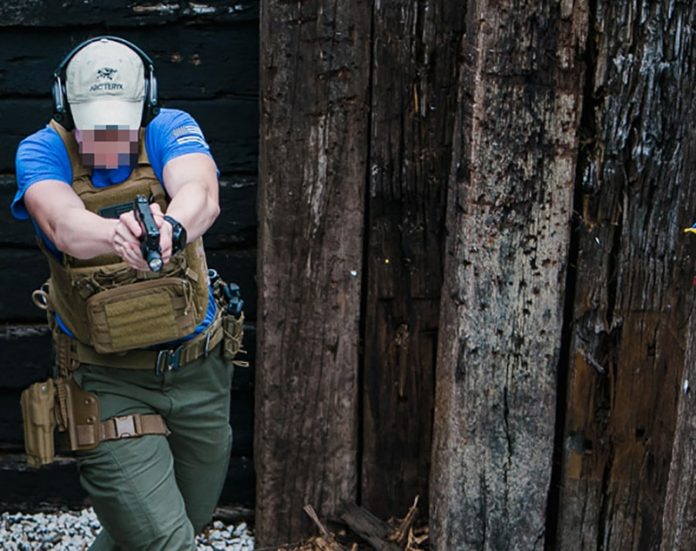 Death Blossom [not a pseudonym, we swear]

“Life’s too short to wear shitty gear.” – A-Barrel-Chested-Warrior-From-The-Sea, AKA “Gunny”

I’ve used Velocity System’s SCARAB Light plate carrier for almost two years in Asia, plus a bit in sweet home America, for fast rope operations, CQB/SRT training, convoy operations, and stateside shoot-house classes. It’s picked up dirt from Japan, Korea, and Australia, salt from the South China sea, grease from a U.S. Naval vessel, and more UTM hits than I would care to admit (largely my own fault, I did plan that range). I am not “salty” by any means, but at least I can say that I’ve put the SCARAB through a few paces.

The plate carrier itself is simply two sturdy plate pockets with padding between the plate and the user, wasting no weight or extra material past the ballistic plates’ profile. When maneuvering through tight spaces such as ship hatches, landlocked commercial doorways, or the hell holes of CH-53’s, there is a benefit to having less carrier to catch on things.

The upper half of the front plate pocket has plenty of Velcro to display any identification or cool guy patches. The bottom half of the carrier has a front kangaroo pouch with three rows of PALS/MOLLE webbing on the front that secures the cummerbund underneath. The rear plate pocket has PALS/MOLLE webbing from top to bottom, with the top third pulling double duty with Velcro covering the webbing and backing. SCARABs are sized small, medium, large, and extra large, corresponding with E-SAPI sizing. 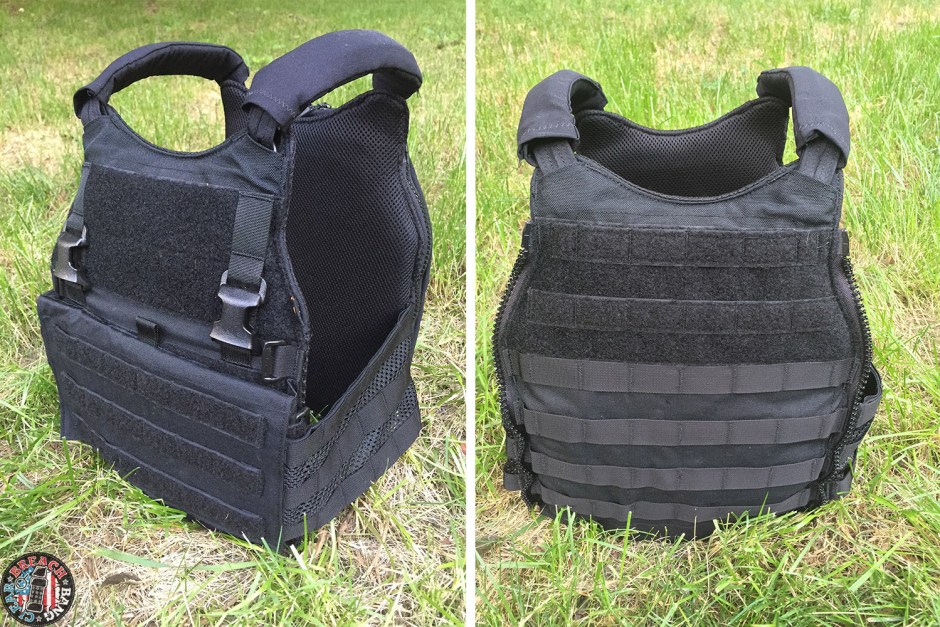 At 5’7”, I’ve run a size small SCARAB Light for the last two years (though apparently I should be rocking a medium… gains?) and this is where I feel that Velocity Systems can make the most improvement. This isn’t Target; you can’t just decide what plate size you identify with. There is a proper size for each individual, which is the foundation of the SCARAB’s success. I would love to see Velocity Systems offer a quick, simple explanation on plate carrier sizing to help fight PC-related derp. It could save lives, and prevent pain and embarrassment (I’m talking to you, 6’2”, 275-lb dude rocking a medium “cause the plates are lighter.” You look stupid).

In conjunction with the SCARAB Light, I’ve used a battle belt ranging from a wider VTAC Brokos belt to a narrow Tyr Tactical Gunfighter. Other plate carriers have generally rested on top of the belt, making it difficult to get a proper fit and limiting mobility. Not so with the SCARAB; even when I was using the Brokos belt, I had enough clearance between belt and plate carrier to remain mobile. I never had an issue with the plate carrier interfering with the draw-stroke, even when the pistol was worn at belt level. 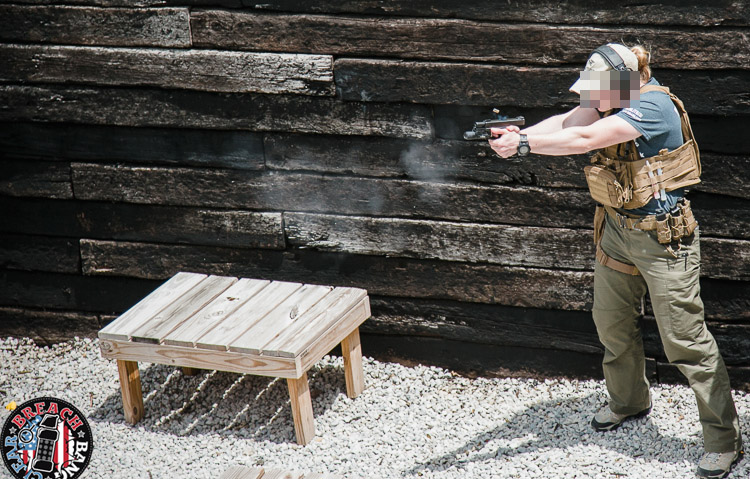 The features that really stand out and makes this the best plate carrier for me are the ULTRAcomp shoulder straps. The straps are about 1.5″-2” wide and are adjustable in length, allowing the user to change the ride height of the plates for comfort and proper placement over vital organs. Attached to both plate pockets with sturdy D-rings, the shoulder straps naturally articulate at the angle your shoulders allow, regardless of neck or shoulder size; this lets your body select the best location to bear the carrier’s weight. They also have stretchy material surrounding the straps, providing routing for comm wires, water lines and gel inserts under the straps for comfort. One of the only things I would change about the SCARAB is replacing the shoulder strap covers with the Velocity System’s aftermarket Velcro covers to assist in routing comm and water lines. 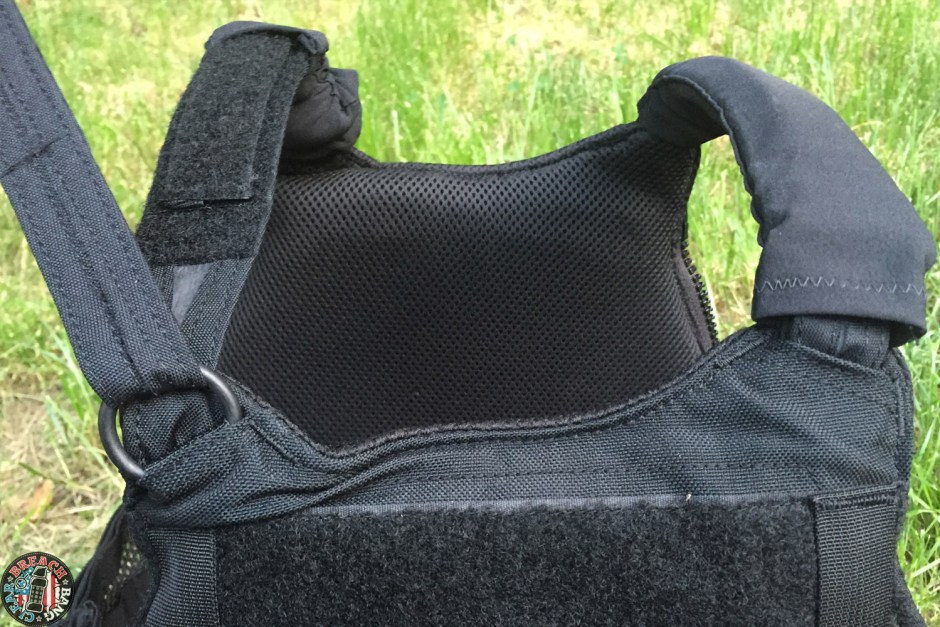 The free-moving and adjustable shoulder straps have been a game changer for me. I’ve previously been forced to use plate carriers with stiff and overly wide shoulder straps, attached with buckles, rigid material, or other nonsense, all directly over my shoulder pocket. I remember an ugly bruise from a shotgun slipping off another plate carrier’s too-wide shoulder-strap\buckle combination and onto my bicep in the middle of a five-round stage of fire. The SCARAB provides consistency, allowing me to get a solid stock weld in the shoulder pocket, improving recoil control, consistent sight picture and all around comfort while I’m shooting and manipulating the weapon. 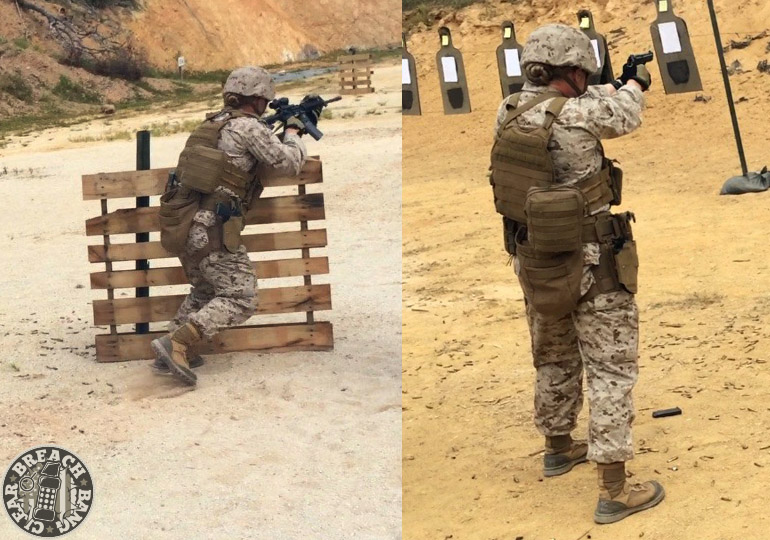 The SCARAB’s cummerbund is light, with breathable and sturdy mesh between three rows of PALS/MOLLE webbing on both the exterior and interior. Several cummerbund sizes are available to fit the widest and skinniest shooter alike. I had no problems with its functionality, but I swapped the cummerbund for a Mayflower cummerbund with 6”x6” plate pockets. As a side note, Mayflower Research and Consulting has been working in conjunction with Velocity Systems for several years and was just recently officially acquired by Velocity. My motivations for changing the cummerbund were two-fold and well intentioned, but faulty in functionality as it degraded my ability to enjoy the full benefits of the SCARAB system. 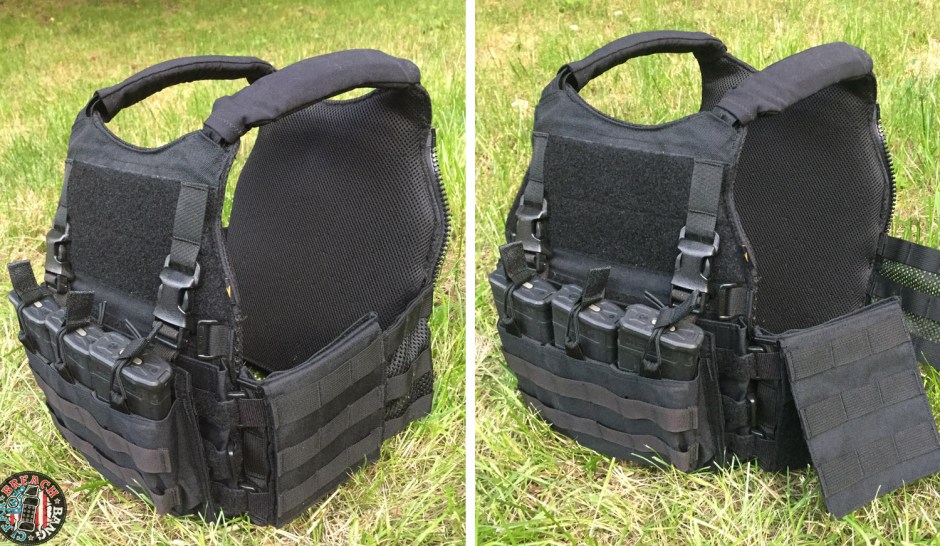 Replacing Velocity’s cummerbund with the Mayflower version made the SCARAB a little lower profile and helped me blend in a bit more with issued gear (the Marine Corps can be funny when it comes to uniformity, gear and blah blah blah whatever). It also gave me side plate pockets without making my plate carrier look too different from the issued carriers. Velocity makes quarter flaps that attach to the front plate pocket with 6”x6” side plate pockets which work very well. The cummerbund can be attached to the quarter flaps instead of the chest flap, allowing equipment on the front kangaroo pouch to stay in place. This allows the user to open one quarter flap and simply duck under one shoulder strap and slip out of the carrier, instead of pulling the whole plate carrier over their head.

The rear plate pocket has a zipper on both sides, running north to south. This integrates with a zip-on back panel produced by Velocity Systems that is suited for carrying hydration and sustainment. At 12″x12″x3”,the back panel boasts approximately 432 cubic inches of space. I, wanting instant gratification instead of waiting on a shipment, bought a Camelbak M.U.L.E. (same approximate size as the back panel) to use in the same manner, a decision I immediately regretted when I attempted to squeeze myself into the front passenger seat of a HMMWV. The ease of being able to zip the back panel on and off would have been a really nice feature to have at that moment. Lesson learned. 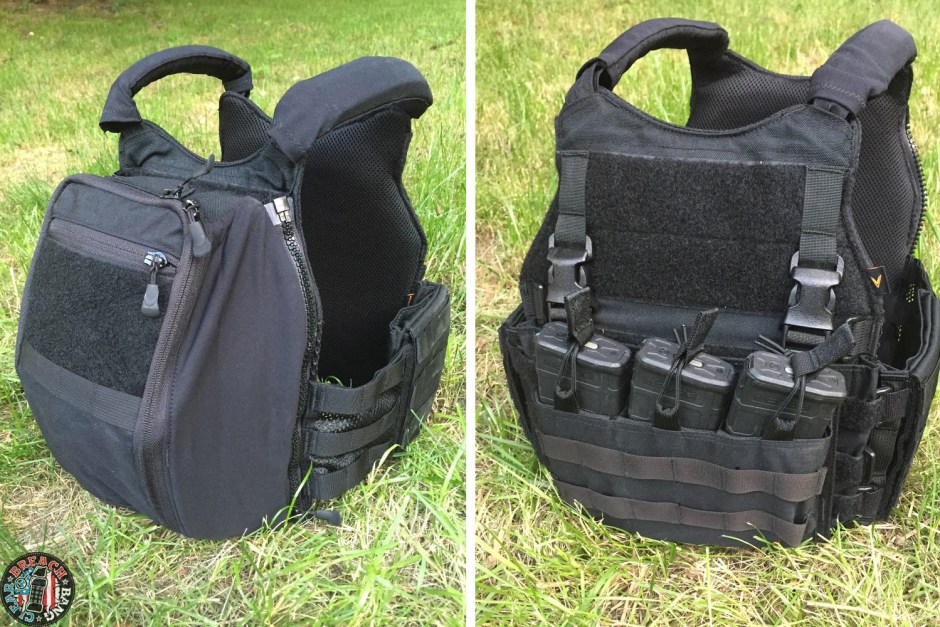 Another unique feature from Velocity Systems is the integrated SwiftClip buckle system that provides the flexibility to quickly and easily switch equipment placards located over the front Kangaroo pouch. You usually run your M4, but today you’re rocking a shotgun? (Breacher up!) Unclip your M4 placard on the front of your plate carrier, and clip a new placard with a shotgun shell carrier into it in less than ten seconds. The Kangaroo pouch flap is removable as well to reduce bulk when using the placards, and you can use the placard itself to secure the cummerbund or quarter flaps. PALS/MOLLE, elastic, triple M4 magazine, and quad M4 magazine placards are currently available.

When it comes to the world of plate carriers, less can be more. This is particularly true if you are wearing them while maneuvering through hatches and ladder-wells on ship (that’s doors and steps for you non-naval-traditional folk), into and out of aircraft (particularly if you’re making your exit through the hell hole…with a dog strapped to you), and getting in and out of HMMWVs, not to mention actually manipulating a weapon around it, on top of, and feeding the fight from whatever you’re strapping (or clipping) to it.

The SCARAB is not only malleable for changing needs, it is adjustable to the individual shooter in every way a user might need. With the foundation of correct plate sizing, and with articulating and adjustable shoulder straps and multiple cummerbund length choices, the SCARAB builds itself around each user’s body type. With the SCARAB Light, Velocity Systems has challenged the one-size-fits-all mentality and replaced it with adaptability at almost every point imaginable. On a scale from the Hound to Arya, the SCARAB Light can probably be made to fit just about anyone looking to kick ass and eat chickens.
-DB