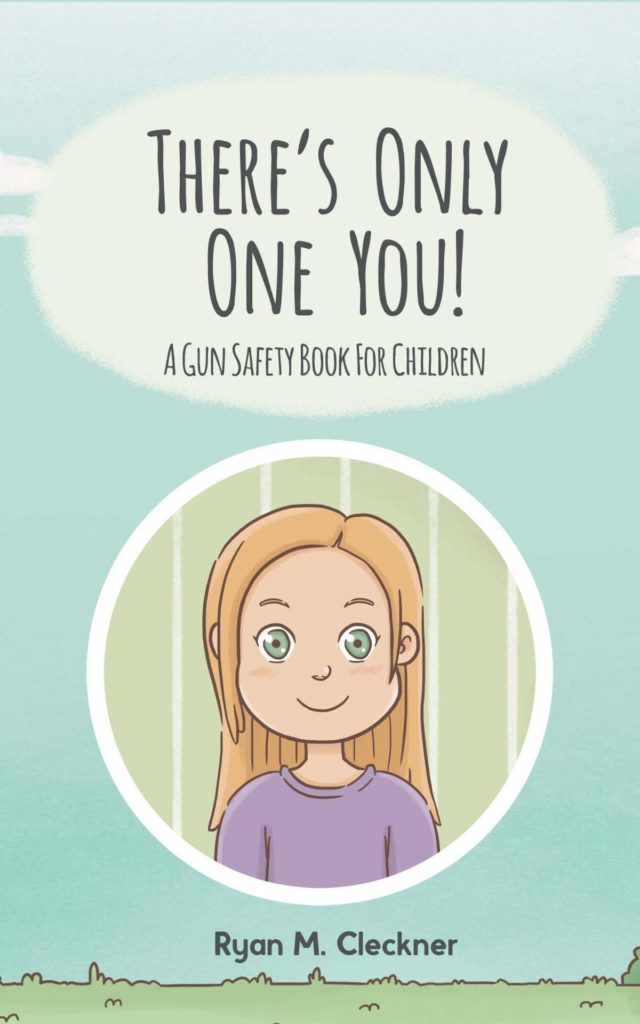 Ryan Cleckner has one of the strongest resumés in the shooting world. He served two tours of duty as a special ops Ranger sniper, team leader and trainer in Afghanistan. Following his return, he completed college and law school, founded the educational Veteran’s Advocacy Group and the New Battlefront Group to aid in transition from military to civilian life.

He appeared on The History Channel’s Top Shot show, demonstrating a one-shot hit at 1,000 yards from a standing position. Of course, he wrote the book on long-range shooting, The Long Range Shooting Handbook. He’s worked for the National Shooting Sports Federation and at Remington Outdoors.

And then he found time to write another book!

It’s no surprise that it should be one teaching gun safety, which is intrinsic to his work from Afghanistan to Tennessee and Alabama, where he teaches Constitutional Law. It’s interesting that it should be for young children; my guess is that he now has one himself, judging by the dedication.

DRGO is always keen on teaching real gun safety (that is, being safe with guns, not making them more illegal and unavailable). We’ve reviewed other books: Golob’s Toys, Tots, Guns and Rules; Remer’s Safety On and The ABC’s of Guns; Brown’s Brownie Bear Teaches Gun Safety; Luciano’s Guns the Right Way. There’s Only One of You fits right in.

Reckner begins with a number of examples of kids making ordinary kid mistakes and being reassured by Moms, Dads and siblings. “Accidents happen, I know it is true, But nothing’s more special than my love for you.”

But then Jake visits Gramps and finds his gun leaning on the house outside. Fortunately, Gramps is right there to tell him: “Stop . . . Stay away, tell a grown-up when you see a gun!” Gramps locks it up and explains how dangerous an accident could be with a gun. Jake and Alice close the book reviewing the lesson themselves: “. . . a gun can really hurt one of us, And WE just can’t be replaced.”

This is a short book (17 pages) to read to very young kids or for early readers to read along themselves. It’s repetitive, which can help sink the lesson into little minds. Most of the repetition occurs in the initial two-thirds of the book giving examples of common accidents , which seems misplaced since that leaves only the last third for the single experience of gun safety itself. Fewer introductory scenarios could have sufficed in the interest of emphasizing the primary firearm lesson.

Cleckner also mislays his initially tight versifying in the later pages. The rhythm often gets obscured (for example, in the quotes from Gramps above). Cutting a few words or changing the order of others could have solved some of the awkwardness. This doesn’t just matter to pretentious reviewers. An adult reading can keep the meter clear by emphasizing the right syllables. But young readers may find it harder to focus on the meaning within the tangled rhythms.

The illustrations by Ansel Medina are darling, a word seldom used in the corpus of DRGO writing. They suit a juvenile audience perfectly in style, while gently supporting the message.

Cleckner adds an afterword to parents that reminds us of the most important element in teaching children to put safety first: how adults model for them. If we aren’t safe, ain’t no child safe. He properly concludes with Jeff Cooper’s classic “Four Rules of Firearm Safety”, which should be engrained in every gun user’s heart.

This is a lovely little book to introduce your youngest children to the principles of firearm safety from a perspective and in words they can easily understand. There’s Only One of You is directed right at the child. It is a good accompaniment to Golob’s book for parents and children, and slots in just below the ages that Remer and Brown have written for. Together, these authors have your children’s introduction to firearms well covered.