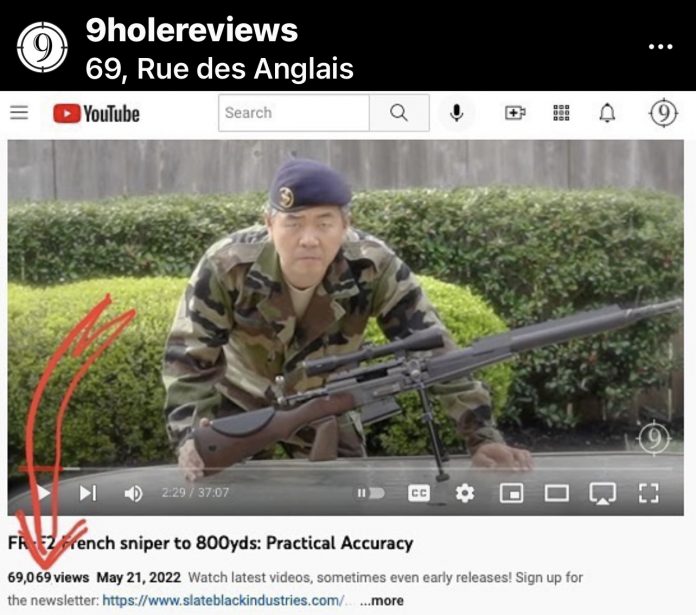 I am 100% sharing this because of the screen capture that either Josh or Henry shared cursing the internet for not leaving them in a nice place view wise.

The review itself is the typical entertaining and informative format that the pair have fallen into and covers this somewhat odd bolt action sniper of French origin.

The rifle is a curious mix of forward and backward features and has an unusual mid frame bipod that centers off the chamber area. It has a pistol grip, but its is made of wood and appears to just be bolted beneath what was once a more traditional rifle stock that was modified to fit it. Why this wasn’t done of polymer, I have no clue.

It is a curious looking weapon, second only perhaps to Walther’s WA2000.

Europeans and firearm designs can go to some interesting places aesthetically. See also the AUG, the G36 and XM8, and the FN F2000. All of them aren’t just rifles to fill a role, they have an aesthetic about them. The lates 70’s into the 2000’s had a knack for producing smooth and futuristic looking firearms while we had… these.

These worked. Well. But from the aesthetics standpoint they certainly kept the utilitarian looks of the 50’s and 60’s, even entering the full quad-rail era.