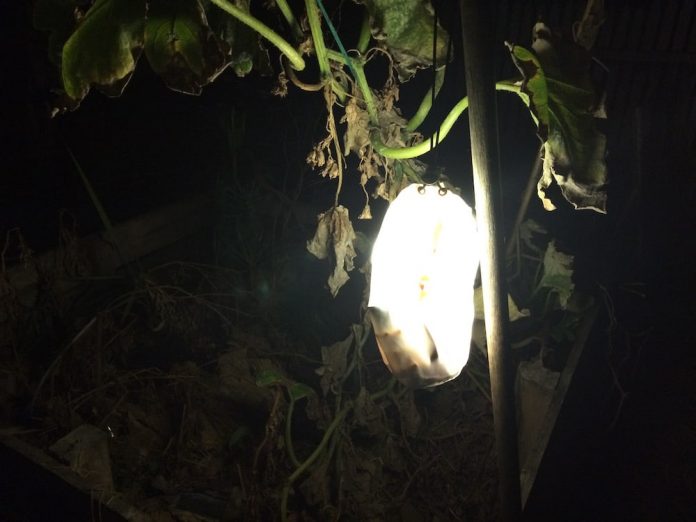 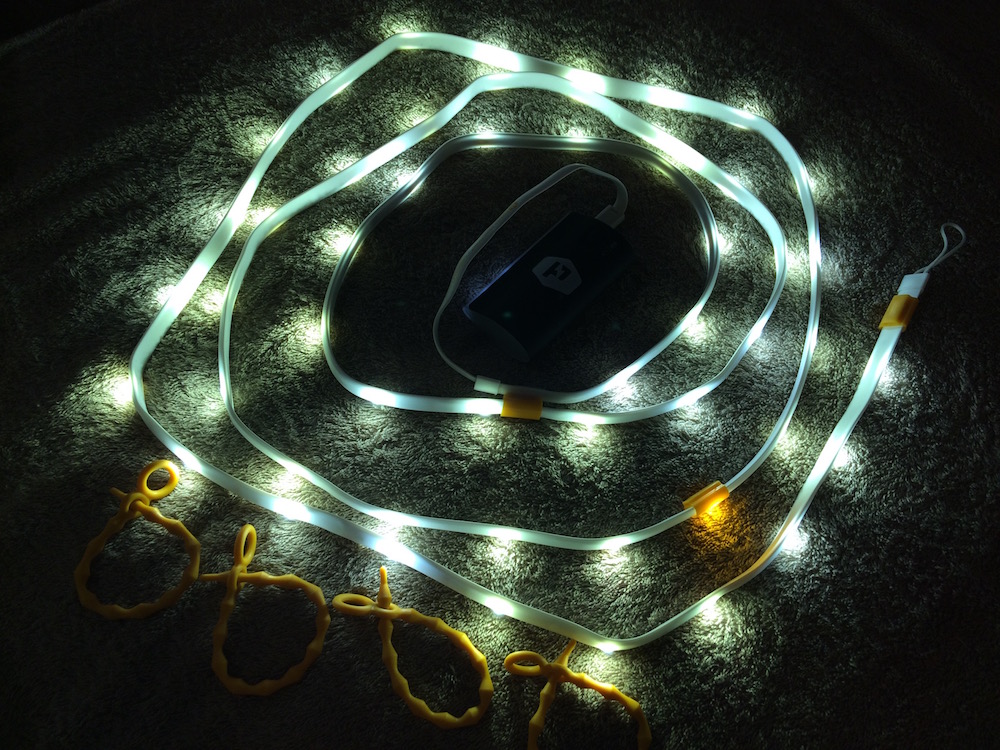 At heart, it’s pretty simple. Take a five-foot length of flexible circuit, string it with 26 LEDs, give it a dual sided USB power plug, and sheath it in a waterproof case. Unlike a hand held flashlight or dangling lantern, having a flexible string of LED’s means you can put a band of light where you want it and keep it there. More than that, Power Practical put a fair bit of thought into how you’d actually use the thing. 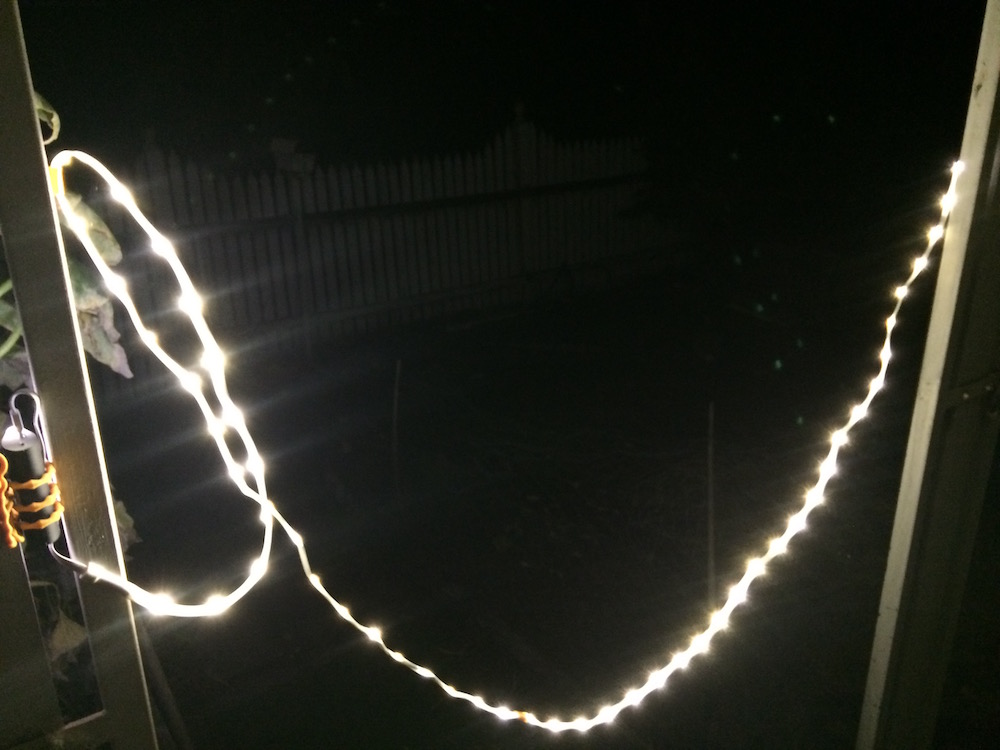 The Luminoodle system can be hung or draped just as is, but with the addition of two magnetic brackets, one at each end, and a third on a sliding bracket that can be moved anywhere along its length, you have the ability to limpet-mine the strand to steel. They also stick to themselves, so you can form loops for wrapping or bundling it all up.

A cord loop at the non-charging end lets you hook and dangle the Luminoodle, and it also comes with four silicone NoodleTies which make it easy to lash the lightstrip to just about anything. They’re tough, easy to use, and can be doubled up to wrap around larger objects. 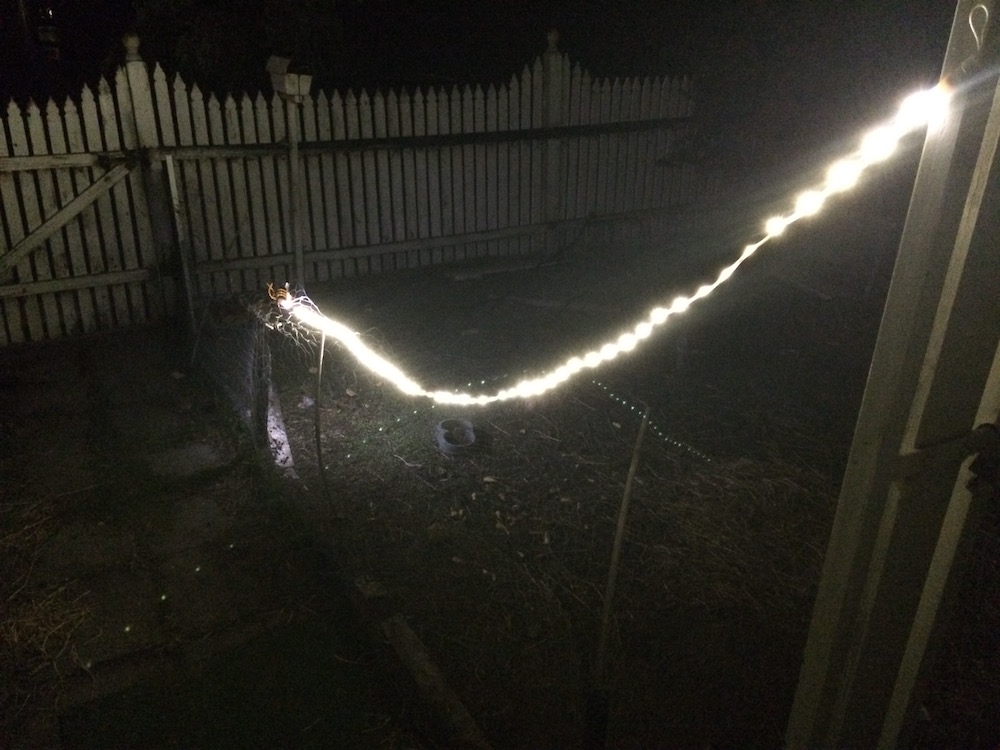 Used in conjunction, these three attachment options let you quickly set up an area-effect lighting system that puts out a clean, steady white light. I opted for the 10′ strand Luminoodle which features 52 of those seven-lumen, 3528 LED lights, for even more light. 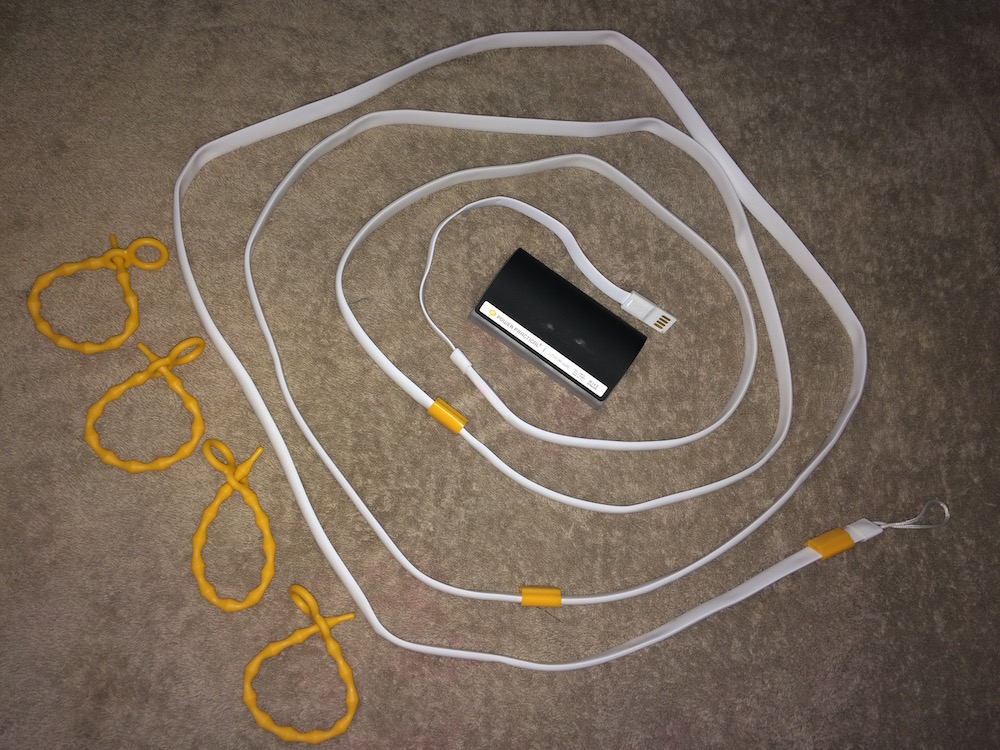 The LED strip is completely encased in a high quality single-piece silicone tube, and capped and glued with even more silicone to make for an IP67-rated waterproof light. IP67 means it can withstand submersion in water up to three feet, covering most activities short of skin to SCUBA diving. The battery pack isn’t waterproof, which curtails much sub-surface use beyond dangling, but I think it would work well strung along the hull of a kayak or skiff. The combination of the high efficiency LED’s (which don’t produce much heat), the waterproof shield, and the spacing of the LED’s keep it a very low heat option for such a solid lumen output.

But it’s not a flashlight. If you want to cast light any further than a lantern, get a proper flashlight.

By shoving the Luminoodle into its translucent rip-stop nylon bag, Luminoodle acts just like a lantern by diffusing light and spreading it around 360 degrees. My favourite attachment option though, are those magnets. You can use the magnets to stick to the underside your car bonnet, a hurricane fence, or even the side of the shipping container you’re sheltering in. But sometimes strip lighting isn’t want you want or need.

The original Luminoodle is on sale here on their site, and they have a Kickstarter on the go for a new, improved, expanded Luminoodle, the Basecamp, plus a polychromic version, the Color. Check them out!