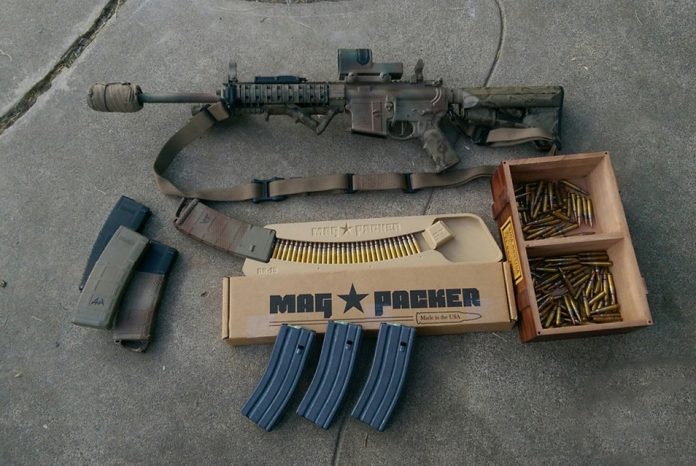 For those shoot a lot and train often, the Magpacker is something you wish you had years ago! Speed loaders have been around for some time but, in my experience, they were bulky and sometimes you were better off loading with your fingers. I’d seen the Magpacker on facebook and Instagram for some time but never got around to ordering one. I happened to have a conversation with Brian, Co-owner/operator of Magpackers, on Instagram, and he asked if I’d be interested in a sample of their new Second Generation Polymer Magpacker. Of course, I said yes! He also told me about their company. “A little about us and Magpacker: both of us owners are Navy veterans. Everything we have is made here in Texas. We have a 9,000 square foot facility and nothing is outsourced.” 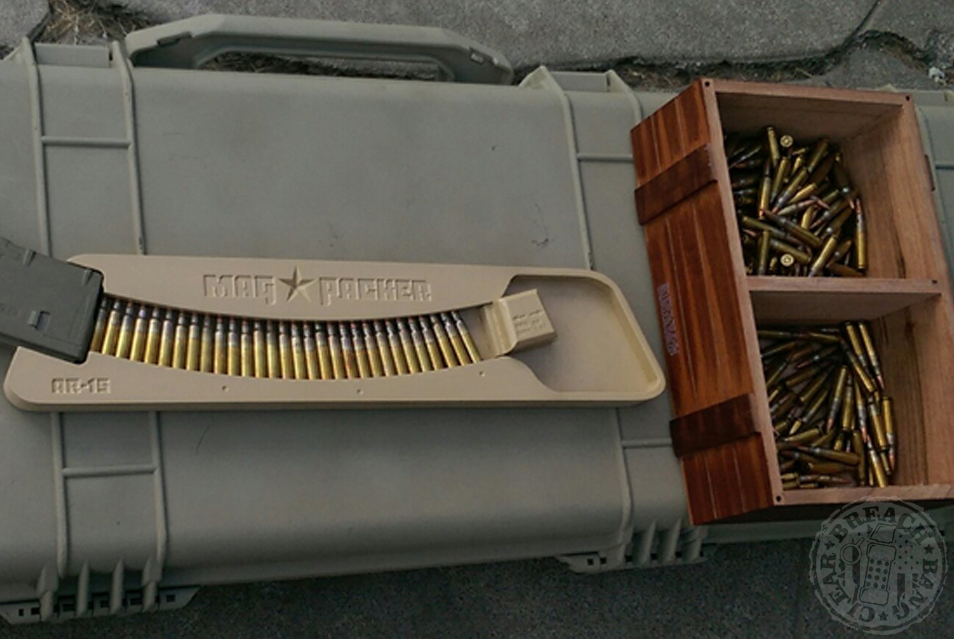 I do my best to support companies that operate and make their products here in the US of A. These companies know their labor and overhead will cost more, but they’re employing Americans, supporting their local communities and helping our economy.

The following week, I received a rectangular cardboard box with “Magpacker” printed on it. In the box was the Magpacker and pushing block. The Gen2 Polymer Magpacker is very compact and solid. The polymer is very dense, giving it a feel of durability. I ordered mine in FDE, which shouldn’t surprise anyone who knows me. The feeding tray is big enough to fit 30ish rounds. It could be bigger, but I wouldn’t trade that for its compact size. 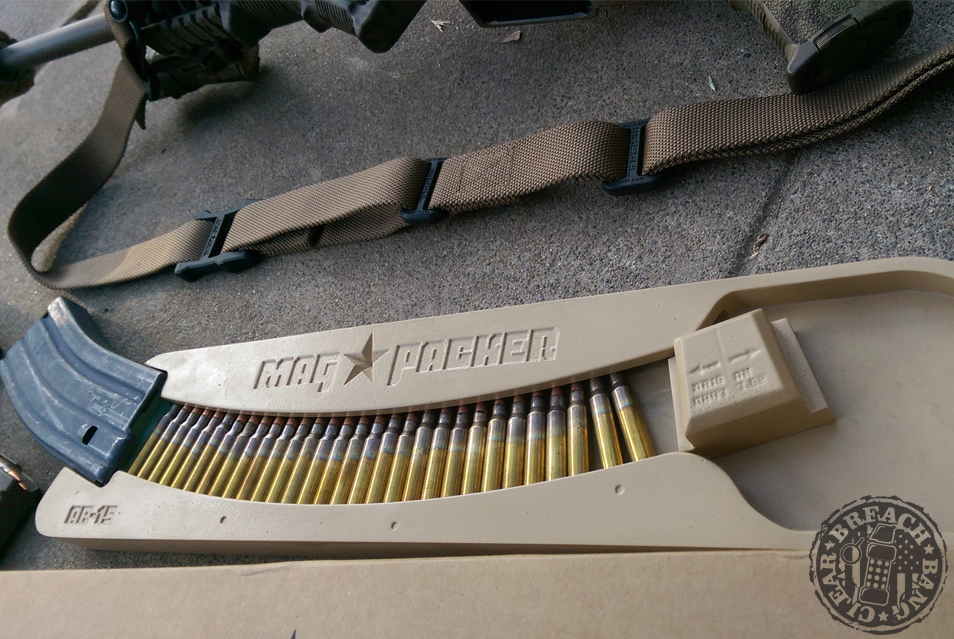 So how well does it actually work? In short, very well. For someone who had never used one before, it was very straightforward and I loaded my first 30-round Pmag in less than 30 seconds.

It is impossible to load any round backwards, since the channels are cut with just enough space for the tip of the bullet on top and the primer side on the bottom. After you do your first, it gets addicting because loading becomes a pretty fun exercise, so you load more until all your magazines are full. A tip Brian gave me was to load the rounds focusing on the primer side of the rounds, which helped me improve my loading times. His fastest time? 10.73 seconds!

No matter what you do in life, there will always be naysayers and haters, especially on the internet and social media. On my Instagram post about the Magpacker I got a few of those. For example: “In the time it took you to load those rounds, you could have loaded them with your fingers.” It’s so easy for those who have no experience with something to throw in their ignorant opinion. Maybe that guy could load them faster with his fingers, but my fingers love me while his will hate him. 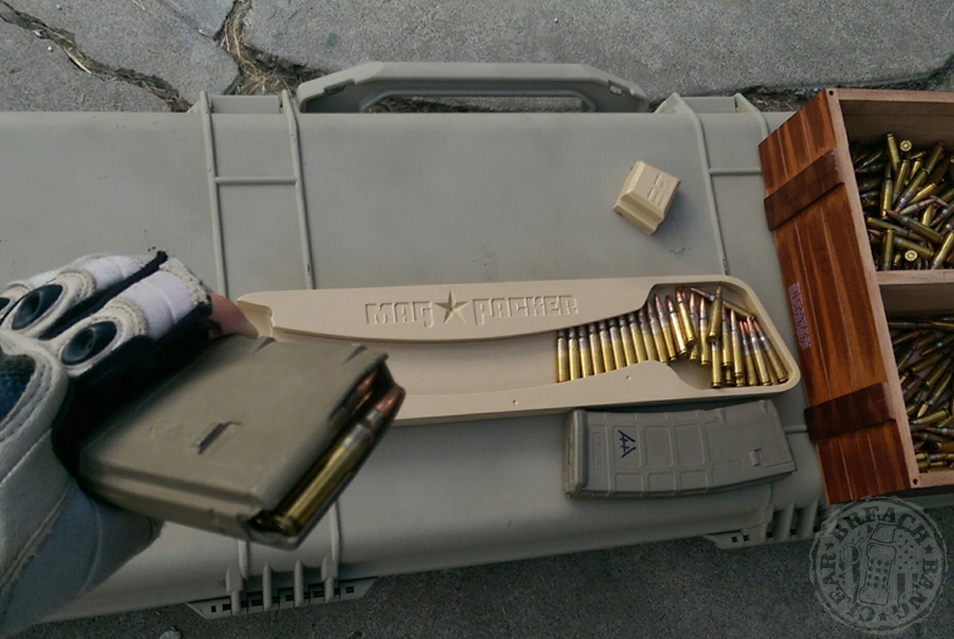 As far as speed loaders go, the Magpacker is simply amazing in many ways. It saves your fingers when loading mags, it loads them very fast, and its compact size makes it easy to transport and store. If you were on the fence about getting one, you probably should. It won’t break the bank either!

The version I got, the Polymer Generation 2 Magpacker, is currently on sale for $54.99, is available for the AR15, AK47 and AR10 platforms and comes in black, grey, OD, desert tan (FDE),  and pink. The original Magpacker is made of machined solid wood and can have engraved custom logos. They’re a bit bigger than the polymer version and cost more. Either version is an excellent buy.