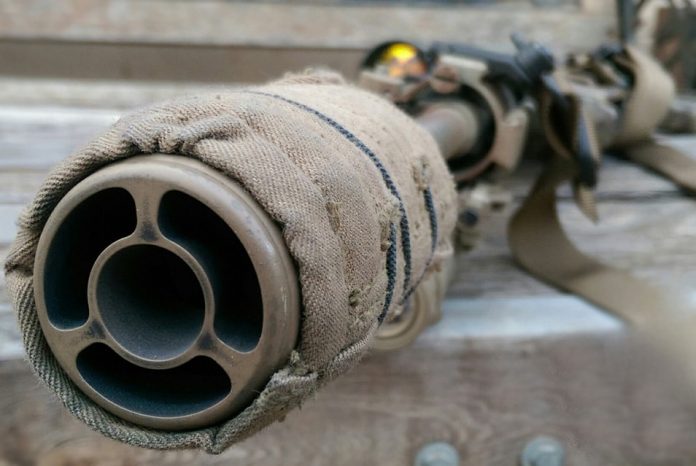 I was one of the very first to receive a Surefire Warden, a Blast Diffuser that attaches to a SF Muzzlebrakes in 5.56 and 7.62. It resembles a mini suppressor even though it isn’t an actual suppressor. To read my review of the Warden, click here. 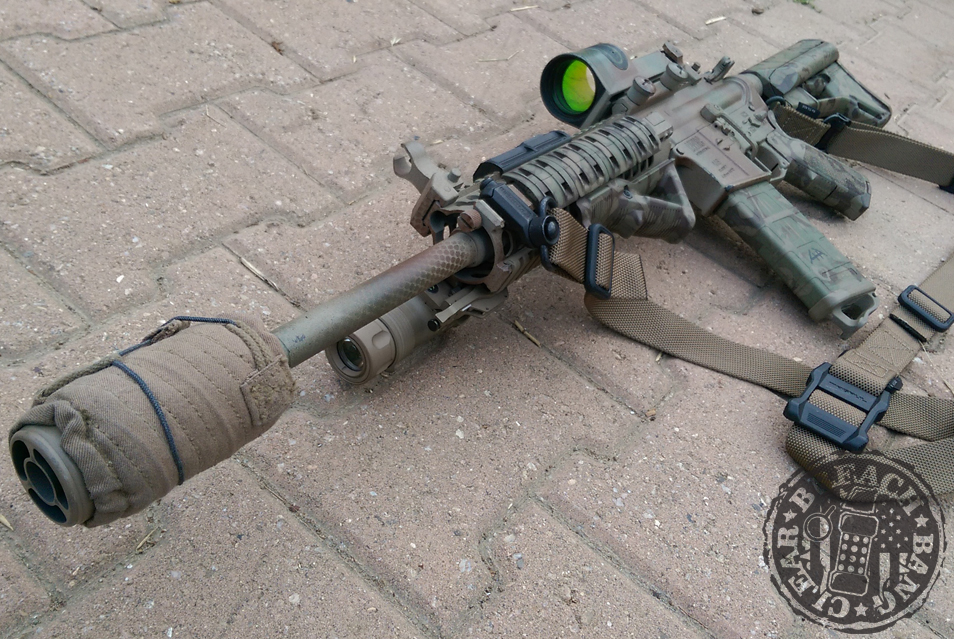 I took the Warden out for its first range test. After dumping sixty rounds through it, it was way too hot to touch. So after the range session, it stayed attached to my rifle. I wanted a cover to prevent burning myself if I ever had to sling my rifle or wanted to switch it to another rifle while it was still hot. 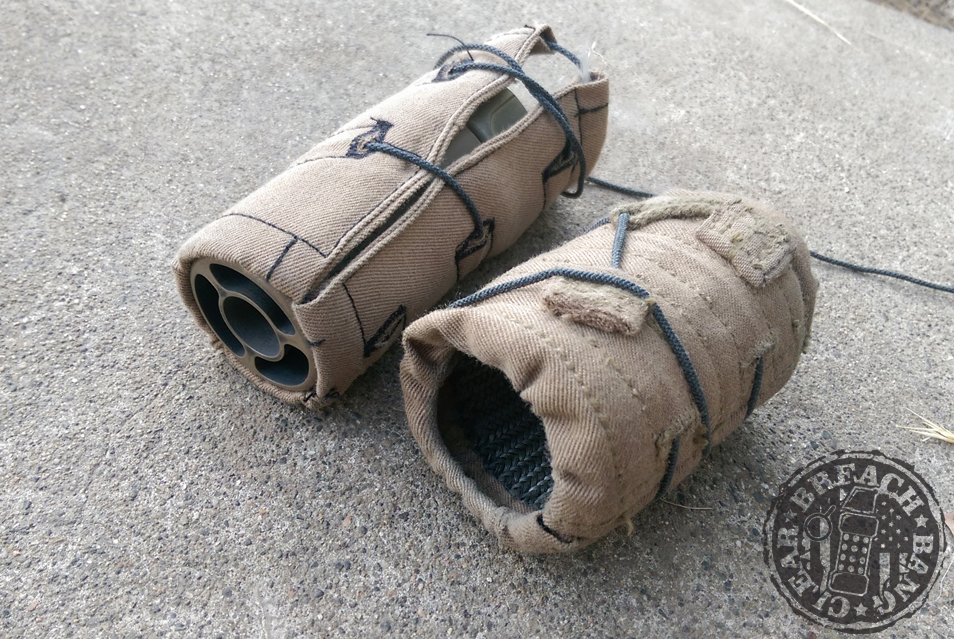 I knew that suppressor covers were already available, so I asked a manufacturer of suppressor covers, Burn Proof Gear if they could make one for my Warden. J.R. from BPG quickly responded. I sent him pictures and measurements, and he started on a prototype.

It was a little difficult for him to make a cover without having an actual Warden in front of him, but I was in California and he was in Florida. After a few weeks, I was sent a prototype cover, in my color of choice, FDE.

The material that BPG uses for their covers is flame resistant and durable. With it on, I was able grab on to the Warden without burning myself. The cover fit the Warden like a glove but was a little long. I passed along some pictures and my feedback to J.R. He took what I told him and started modifying. A few months and prototypes passed, and he finally came through with a completed product: the Blast Shield Cover. He sent me one of the first ones off the production line.

The final completed product is an improved version of the prototype I received earlier. The material has increased in thickness and density. It also came with a flame resistant mesh cover as an additional heat barrier. The length and the overall fit was spot on as one would expect from a production model. 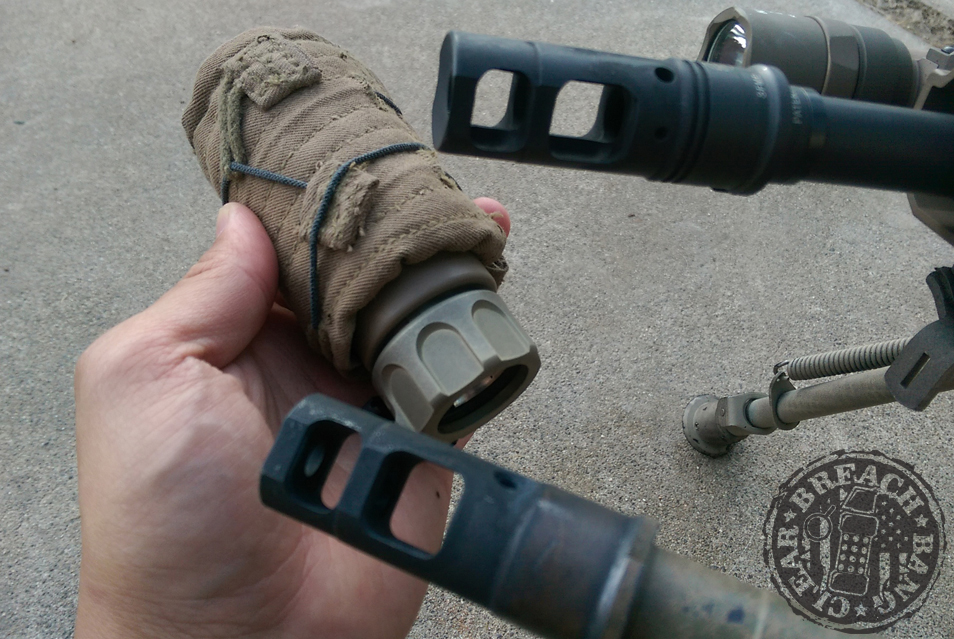 The Blast Shield Cover has a bungee or strap system that is interwoven throughout the cover in a diagonal line. This is how it stays on your Warden. The bungee is made of fire-resistant material as well. 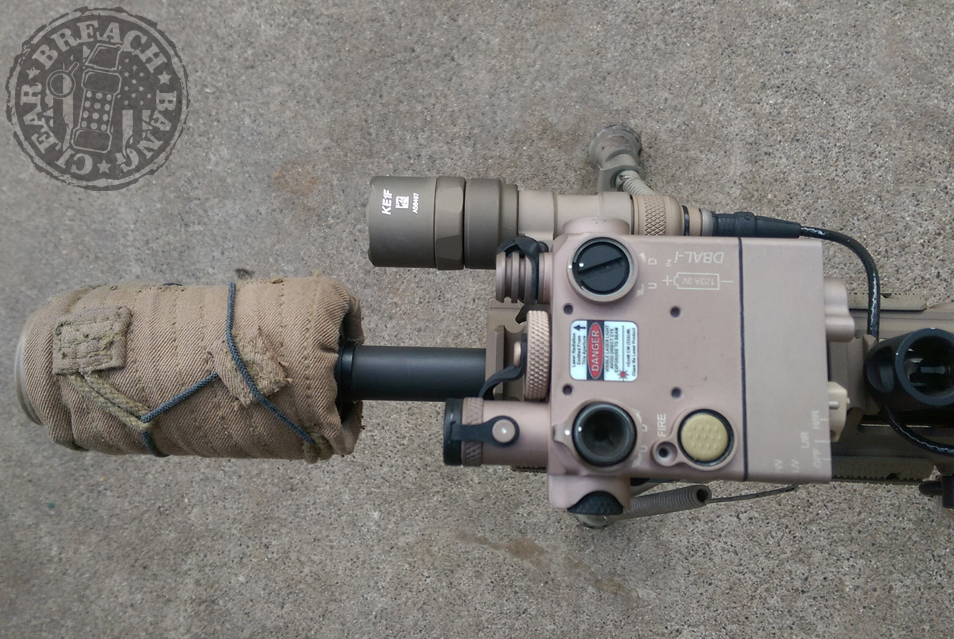 Installation is simple and straight forward. The top of the cover has the end of the bungee tab. First you place the black mesh layer inside the cover, then slide the cover on in a spiraling fashion to make it easier. You make a spiraling motion so that when you get to the bottom collar of the Warden, where the locking mechanism is, you won’t depress the release button. To get a tight fit, pull the bungee tab toward the rear and tuck it underneath another exposed part of the bungee. To remove, simply reverse the steps. 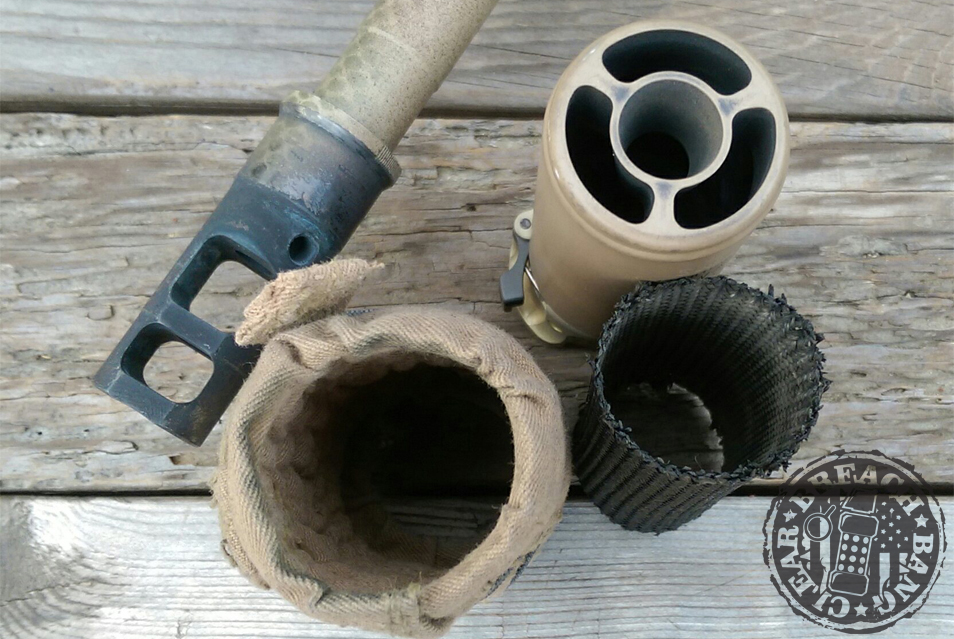 One of the best features of the Warden is that it works with both 5.56 and 7.62 adapters so you only need to have one, which is one main reason for me to have a cover for it. If I wanted to swap my Warden from my AR15 to my SCAR 17s or vice versa, I just have to move the cover just above the locking collar and with a gloved hand, depress the button and twist off the Warden. If I don’t have a glove, I can still do it as long as I’m quick with my hands. 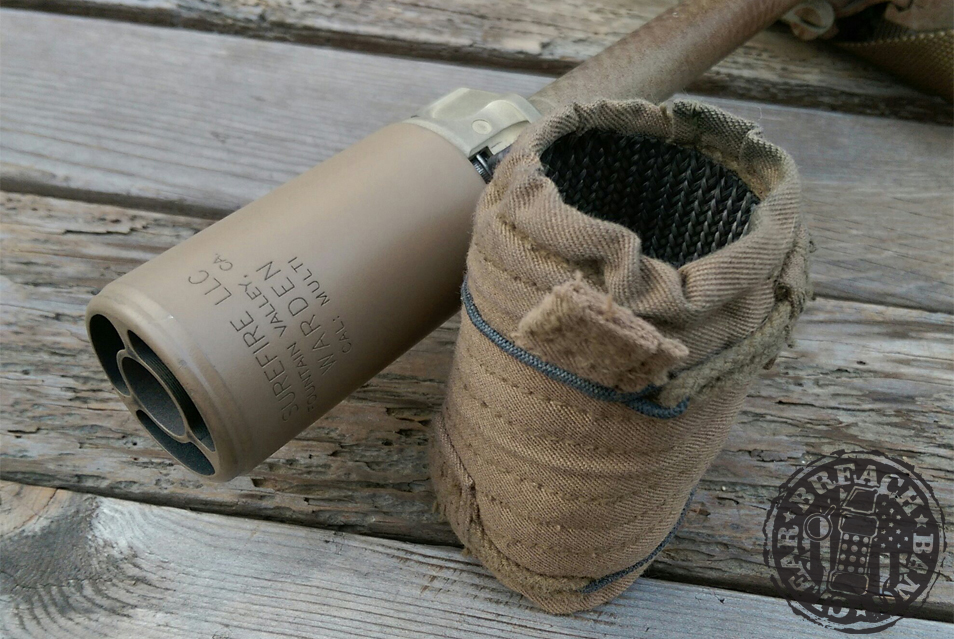 After having used it during a few range sessions, I’m glad that Burn Proof Gear stepped up and made the Blast Shield Cover for me. Better yet, it’s now commercially available to other shooters with a Surefire Warden or similar devices. You heard that right, they’re also available for the Gemtech Blast Jacket! They are also available in other colors if you’re not into FDE like I am. Available colors: Black, Grey, Multicam and other colors available upon request.