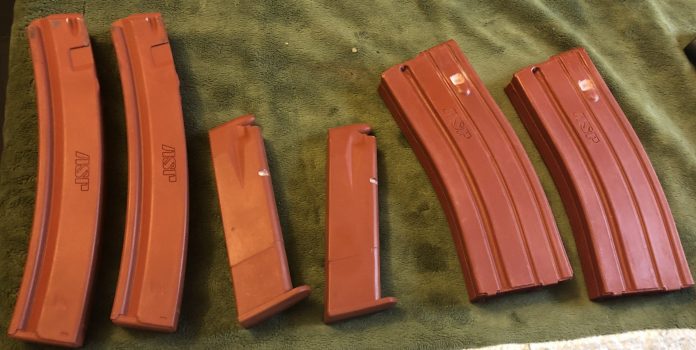 In 2007 I was first exposed to the concept of a firearm training aid when I was handed a rubber ducky (rubber M16 replica) and tossed into a pool for a swim qualification.

The concept made sense, why toss working rifles that would require extensive maintenance into the chlorinated water (or nasty mud pit) when an equally cumbersome stand in can be used and then cleaned with a hose?

2009, with my certification as a shooting instructor, I saw and handled several other examples.

A training aid is a device to increase the effectiveness of training.

Armament Systems and Procedures, makers of several fine flashlights I am a fan of, have an extensive line of training aids. ASP donates millions of dollars in free training to law enforcement organizations nation wide and the training aids were designed and spun up to support that life saving mission. Better trained officers save lives, theirs and others. 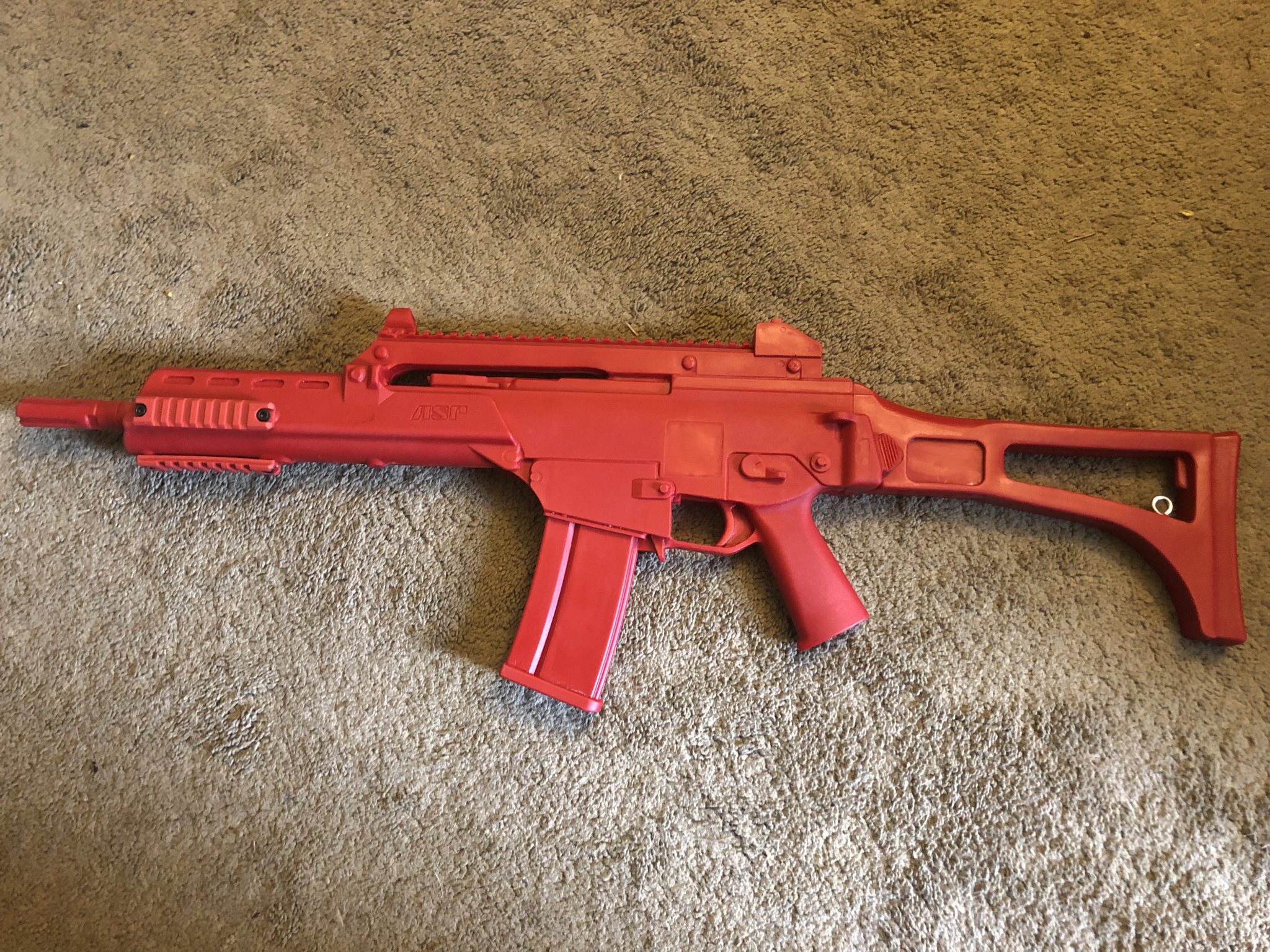 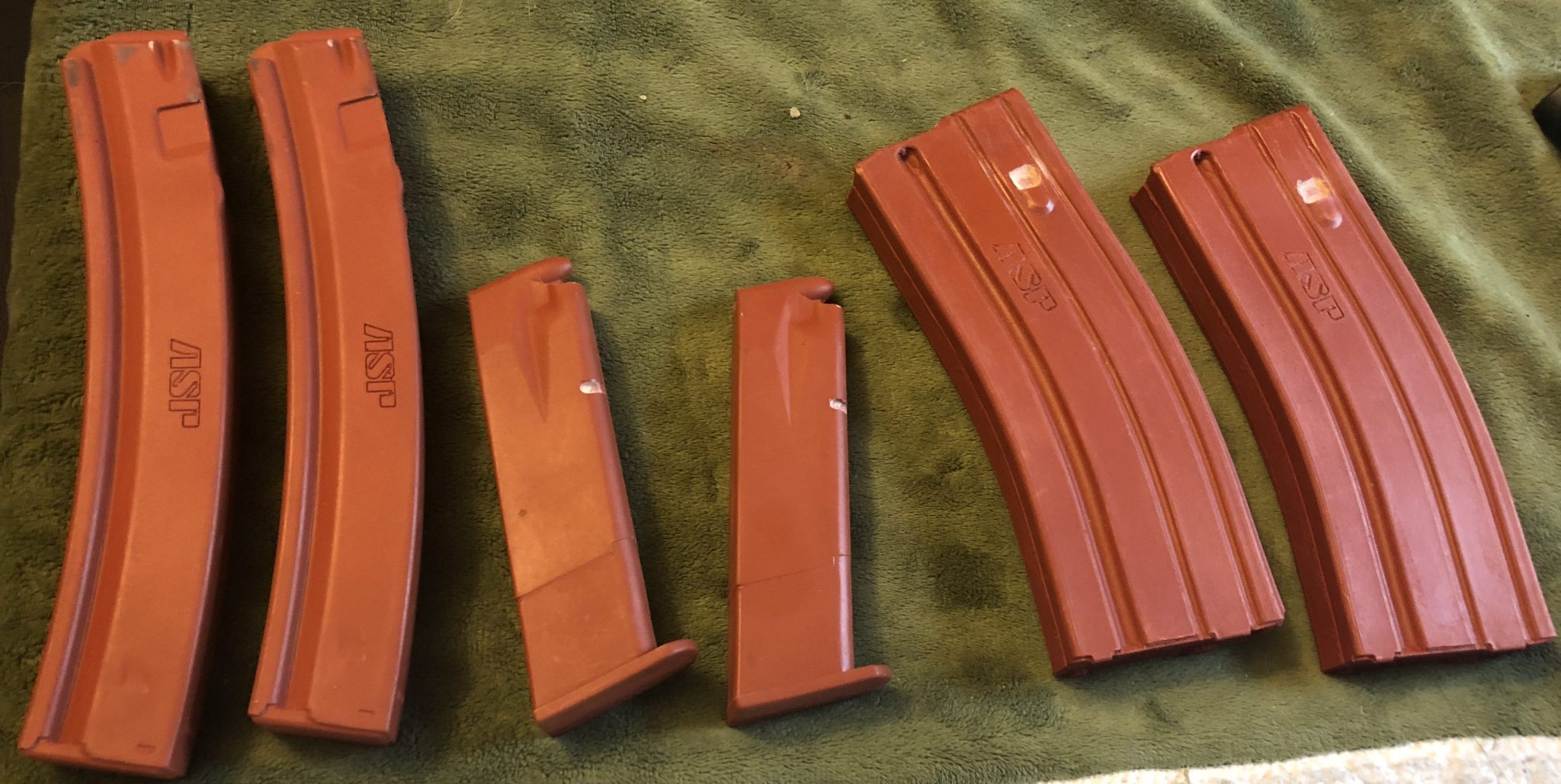 And a G36K model because until I get the extra cash for a T36 build from Tommy Built Tactical it’s as close as I am getting.

Both the magazines and the Red Gun’s themselves are built of a dense durable polymer and are weighted to feel more like their real steel loaded counterparts.

For anyone wondering ASP switched polymer blends and sent me the new blend G36, it’s brighter. The blend is more durable and the mold is a closer facsimile to the G36K.

I’ve thoroughly abused these training aids within and beyond their parameters and they have withstood being dropped, thrown, ground down, and modified. I use them consistently in dry fire and demonstrative settings and they serve their purpose admirably.

Why use training aids?

Like the definition in Merriam Webster says, “To increase the effectiveness of training.”

If you’re teaching a class how to do a pat down for weapons it pays massive dividends to give them something to find. The same for searching a vehicle.

For force on force training or practicing room clearing techniques Red Guns are worth their weight in platinum as safe stand ins for the endless close observation demonstrations and pointing at live actors/role players. This additionally removes the risk of damaging a far more expensive live firearm during training that doesn’t require a live firearm to be effective. Many have rails so the flashlights, lasers, and optics can be added for greater training value.

For working with novices and persons more nervous around firearms a facsimile keeps you, as the instructor, safer and can generate more confident handling in the student because it “isn’t a real one”. They can then translate the pantomime techniques from the Red Gun to the live weapon instead of plunging in full nervous wreck. As someone who works with very new shooters often, incorporating red guns has a positive influence on safety and understanding.

I know a local Police Academy that acclimates their classes to carrying by making them EDC a red gun, assisting in normalizing the presence of the weapon and doing every day tasks while wearing one.

From their factory default the ASP magazines are not meant to interact with a live firearm. The are a stand in. However I found that the MP5 magazines would seat properly with the bolt locked open. 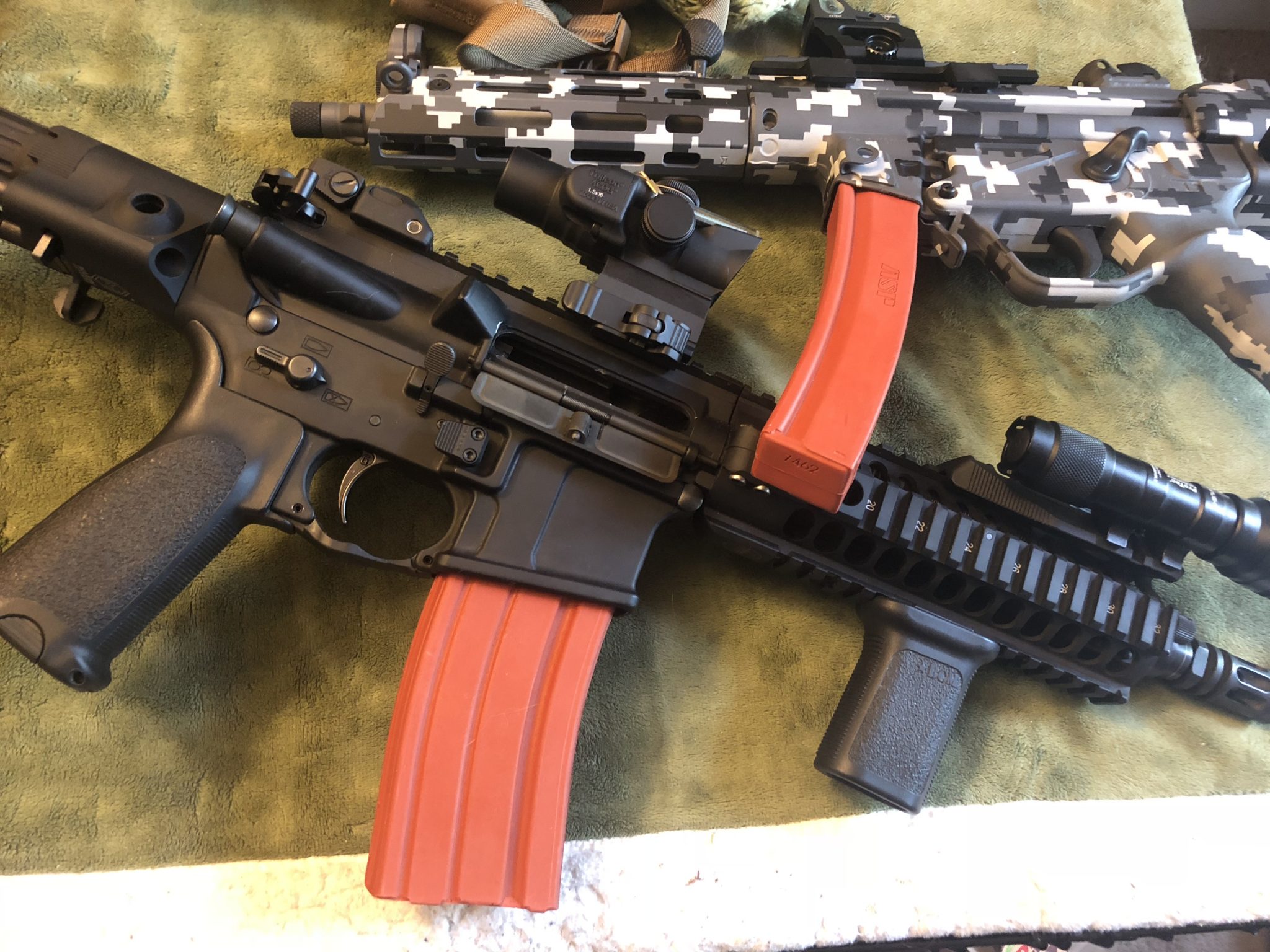 The AR15 magazines would with reasonable reliability too, after dremeling open the magazine retention tab, on an open bolt and both prevented the bolt being closed precluding even a single live round from being chambered.

The modifications allowed me another method of reload practice and a safer stand in if a weapon were to be used force on force. The inserted magazine prevents a bolt closure. No closed bolt, no fired rounds.

ASP-USA’s training aid selection allows trainers and end users to increase the structure in which they gain positive exposure to training techniques. From personal dryfire practice, to team room clearing tactics, to force on force, and any number of non-live fire valuable training exercises.

Especially if you are an individual in charge of an organizational training program, adding training aids like the ASP Red Guns will allow you to better capitalize on your limited training times.