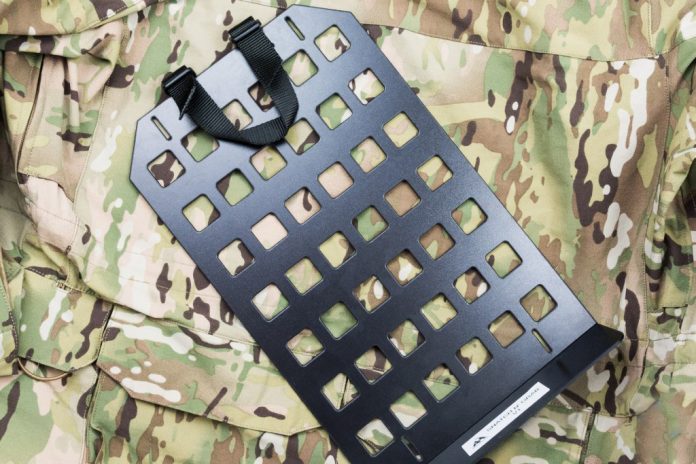 Okay, I admit it: I have a love/hate relationship with mid-sized backpacks. On the one hand, they’re awfully convenient to carry shit. But on the other, if you have to carry a lot of gear the lack of rigidity can make it uncomfortable. Something is always digging into your back, and unless it’s perfectly laid out the weight can shift around. If you’re rocking an assault pack over a set of plates it’s usually fine; the plate itself acts like kind of a floating external frame. But when lugging computer and camera gear and all the other travel stuff through the airport? TSA tends to frown at wearing plates. Weird.

Even if you’ve never heard of Advanced Holster, you already know what they mostly make. Though the Snatch N’ Grab is made of Kydex, a holster it ain’t.

The Snatch N’ Grab is a 16×10″ panel constructed of 0.125″ Kydex in a backpackish-back piece profile. In order to add a little extra support all you have to do is place it in the rearmost portion of the pack. The Snatch N’ Grab also features a ledge that’s around 2.5″ long that helps keep the pack upright. Though obviously an internal frame specifically manufactured for a given pack would be best, we’re not talking summiting Everest over here.

I’ve tried the Snatch N’ Grab in several packs and it appears Advanced Holster hit their sizing in the Goldilocks zone. It’s not going to work for everything, but it probably will work well enough for whatever you’re using. 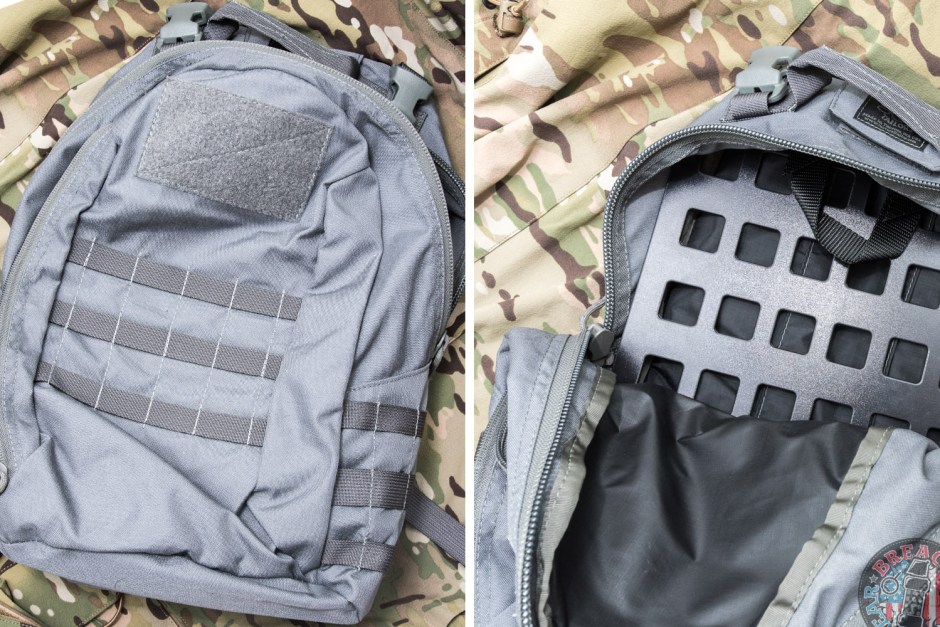 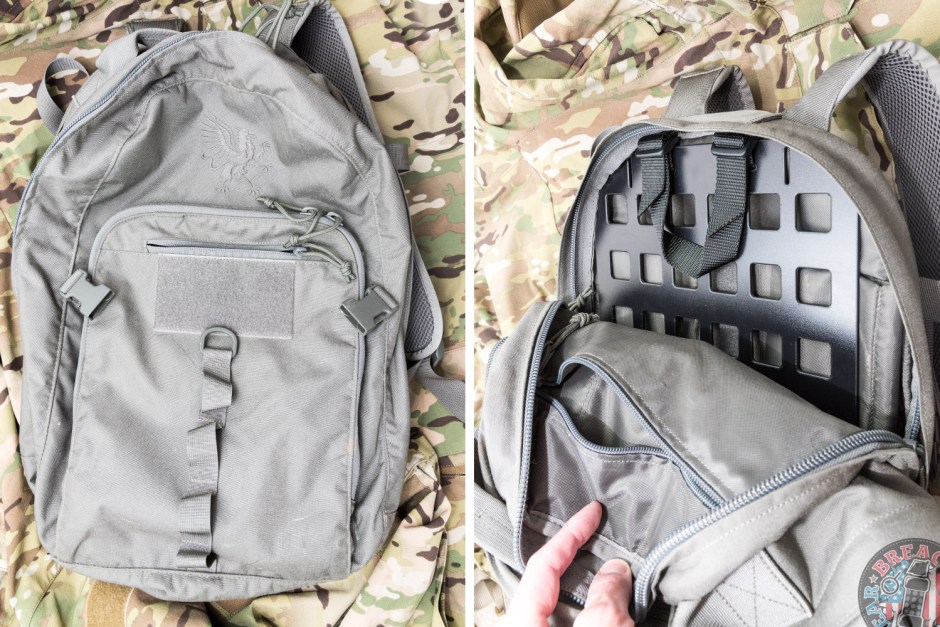 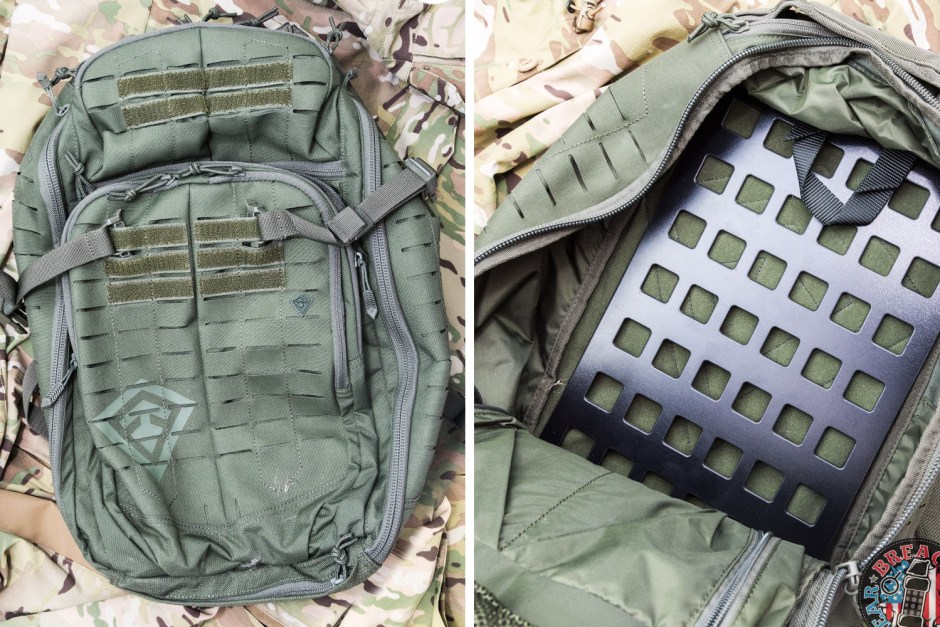 Something that may be an issue, depending on your pack, is if you have a compartment specifically designed for a laptop or bladder. While you can still use the Snatch N’ Grab, you won’t reach the full potential as far as structural integrity if you stuff anything in those pouches.

Attachment & Extras
But acting as internal frame is only one of the functions. There are cutouts compatible with PALS/MOLLE on the entire panel. This means you can add your own pouches and organize at will. Might not be a huge deal if you have a pack that’s laid out well, but not all of them are.

It’s noteworthy that while these are cutouts are ostensibly for PALS, some other forms of attachment also work. And there’s always God’s answer for gear attachment: zip ties. The edges are nicely chamfered so there have been no issues with sharp edges. I just put a bunch of rando gear on this panel to show the flexibility of mounting. MALICE clips can be kind of a pain in the ass to attach, but the soft straps were butter. 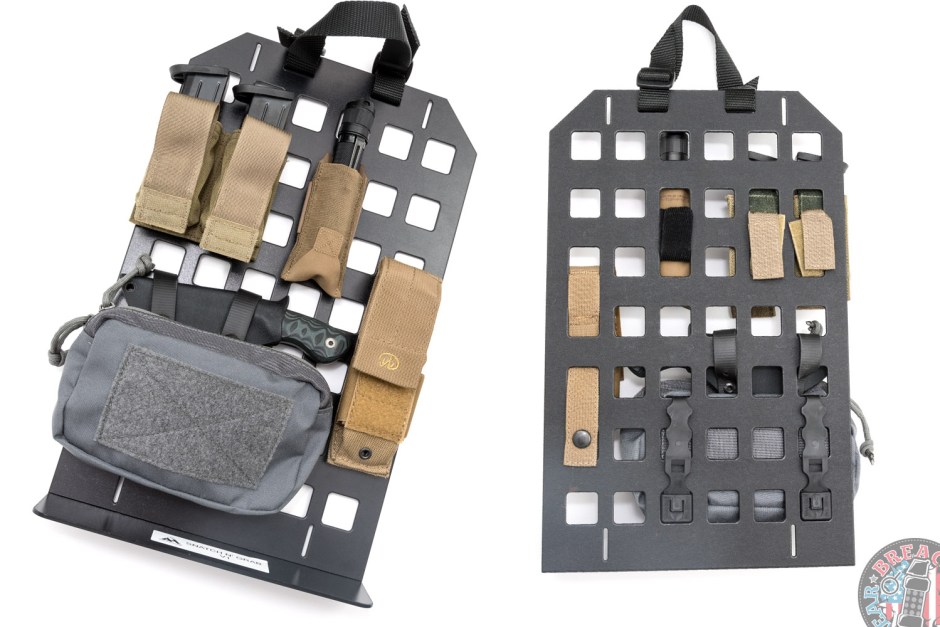 Another plus to the Advanced Holster Snatch N’ Grab is that you can easily switch loadouts from pack to pack or interchange panels configured for different purposes within the same pack.

There are also (4) vertical slots in the panel, and these have nothing to do with backpacks. Advanced Holster ships each unit with two accessory straps that can be used for automobile seat mounting. Weave them through and cinch and you can mount on either side of the seat. Good for the backseat equivalent of a trunk monkey. 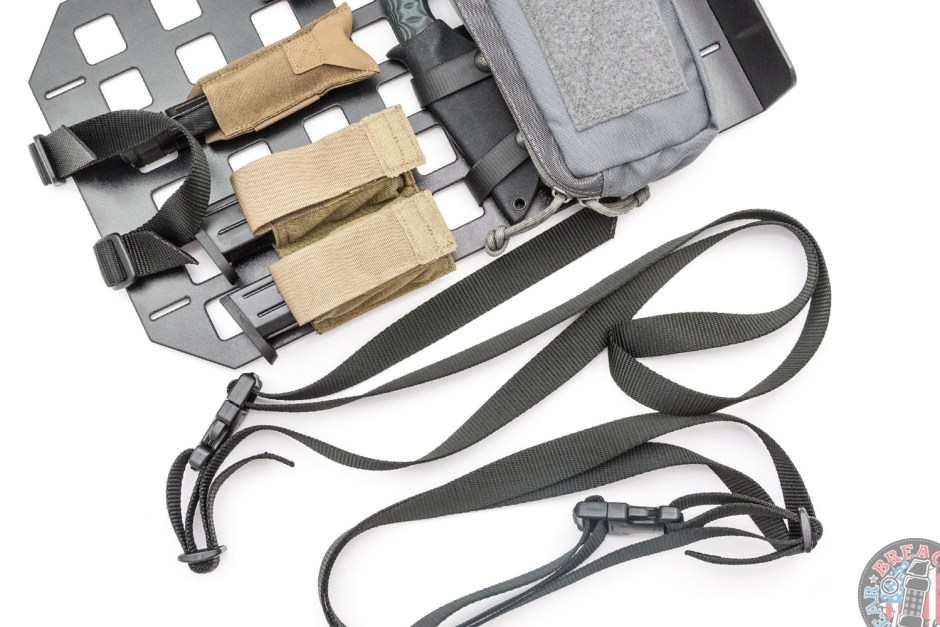 In the future I would like to see it easier to use with MALICE clips and similar securing mechanisms. The bottom ledge does give me some cause for concern because there is some flexibility there; I’ll keep my eye on it moving forward. I’m considering adding a couple strips of adhesive hook-side Velcro to the back for extra security for use in packs which will accommodate it. All-in-all Advanced Holster has put out a fairly inexpensive and simple solution to some common problems, while gifting some extra features. Plus, I like the idea of putting one of these in a purple Jansport. Because reasons.