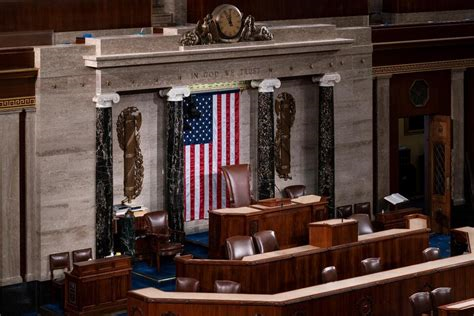 Biden said, “And we’ll do everything in my power to crack down on gun trafficking, of ghost guns that you can buy online, assemble at home — no serial numbers, can’t be traced.”

Response: What’s he waiting for?  There are plenty of laws already on the books prohibiting illegal gun trafficking.  Guns must have enough metal to be detected by airport metal detectors.  With the exception of some antique guns, it’s illegal to sell a gun without serial numbers.

The problem is that Federal gun laws are rarely enforced and are often plea-bargained away.

Biden said, “I ask Congress to pass proven measures to reduce gun violence. Pass universal background checks. Why should anyone on the terrorist list be able to purchase a weapon? Why? Why?”

Biden said, “And folks, ban assault weapons with high-capacity magazines that hold up to a hundred rounds. You think the deer are wearing Kevlar vests?”

Response: Ban assault weapons? If the current tragedy in Ukraine teaches us anything it’s the importance of the Second Amendment. The government of Ukraine is arming their population; news reports have said, “they’re handing out Kalashnikovs like candy.” A firearm is ultimately the last line of defense of freedom and liberties against foreign or domestic enemies, just ask a Ukrainian citizen. We don’t need a law banning so-called assault weapons.  If anything, we need a law mandating every citizen own one.

Biden’s reference to deer hunting exposes either his ignorance or he’s simply a liar. There is no documentation that would suggest the founders intended the Second Amendment to guarantee a right to a firearm for hunting game. James Madison proposed the amendment because he clearly feared a tyrannical government. It’s criminal that the president who took an oath to protect and defend the constitution could be so dishonest and misrepresent it so.

The founders had not just returned from hunting, they had just freed a nation

Biden said, “Look; repeal the liability shield that makes gun manufacturers the only industry in America that can’t be sued. The only one.”

Response: Another Biden lie. Gun manufacturers are subject to the same product liability laws as any other product manufacturer.  If a person is injured or killed as a result of a gun having a manufactured defect, they do have the right to sue the gun manufacturer.

Biden is misrepresenting what he really wants to do. The purpose is to drive manufacturers out of the retail gun business. His plan is to pass a law where crime victims could sue manufacturers of firearms whose guns were used in a crime. Apply this law to the auto industry and a victim of a drunk driver could sue Ford if the perpetrator drove one of their vehicles.

Biden said, “Imagine had we done that with the tobacco manufacturers.”

Response: Another misrepresentation and deception.  Because the tobacco industry lied and hid data regarding the dangers of smoking, they were successfully sued. Just as any product manufacturer, gun and auto manufacturers can be sued if they lie and deceive regarding the sale of a defective product or one that causes diseases.

Biden said, “These laws don’t infringe on the Second Amendment. They save lives.”

Response: Mr. President, you dishonor your office, because you have long been a habitual liar, which continues with your proposals that violate the Constitution that you swore to protect and defend.

There is no question that crime is out of control but it has more to do with Democrat D.A.’s who refuse to prosecute dangerous criminals, bail reform, illegal immigration (about which you refuse to do anything) and other Democrat policies. History has proven passing gun laws restricting law-abiding citizens and leaving criminals free to roam our streets will give us exactly what we have today, more and more crime.