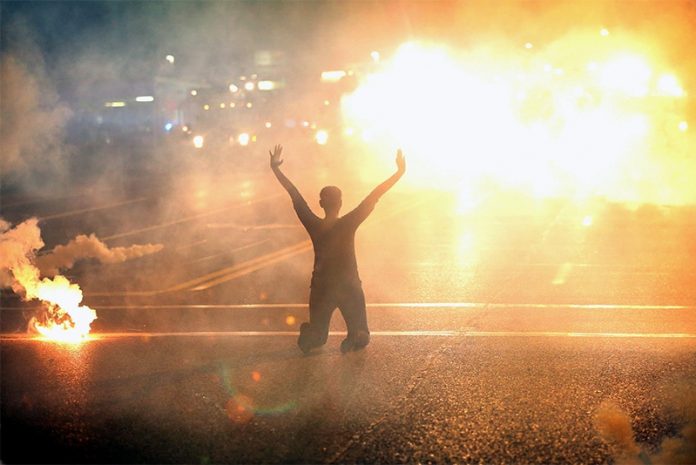 Perception is reality all too often, especially when life is busy, when the day-to-day concerns of supporting a family and trying to secure a future fill up our time.  The trouble with this is that even as understandable as this fact is about human nature, it does have implications in a democratic society.  We vote on the basis of how we perceive the world, and this places the burden on each of us to inform ourselves as best we can of reality as it actually is.

One example of this are the continued beliefs that many Americans have over rates of crime in this nation.  According to a survey conducted by the Pew Research Center, fifty-seven percent of voters believe that violence and offenses against property are occurring more frequently now than in 2008.  The percentage is much higher among Trump supporters—seventy-eight percent—while thirty-seven percent of Clinton supporters held the same view.  And yet, the perception here is wrong.  Violent crime is at an all-time low.  Regular readers here will be aware of this, but getting the word out to the rest of the country apparently isn’t happening quickly enough.

Part of the problem may be that homicide has increased somewhat in the largest cities recently.  The percentages of increase are small, but the numbers of homicides, particularly in cities infamous for murder such as Chicago and D.C., have always been high.

Another possible cause is the “if it bleeds, it leads” approach to presenting the day’s events.  Murder and other violent crime compete with the biggest roadway crashes for the first five minutes of the six o’clock news.  And this is nothing new, since it goes back at least to 1982.

Does this influences public opinion?  The Pew Center survey suggests a relationship.  Other evidence draws a connection between what looks too much like a celebration of mass violence on the news and people who are hoping to get themselves into the headlines.  With unhinged minds, this comes as no surprise.  But the broader effect on society as a whole is one that we can only speculate about.

There is one kind of crime that is pervasive and that is undermining the social contract:  drugs.  Half of federal prisoners are locked up for drug convictions, and between a quarter and a third of people on parole or probation were convicted of the same.  The need of politicians to demonize some among us to secure their own power has produced a permanent underclass, and it’s a good question to ask how much that has added to the popular impression that crime is on the rise.

It’s said that the truth sets us free, and the challenge is getting that truth to sink in.  Confirmation bias affects everyone, though it’s easier to notice in our opponents.  Some gun control advocates tell me all the time that we’re living in a period of extreme violence.  Some supporters of gun rights insist that crime is something that minorities do, as if they are not we, Americans.

Solutions aren’t simple, and needless death is never something that we should casually accept.  But the fact that crime is at historic lows, while at the same time gun rights are increasingly being accepted on the state and federal level, promises hope for the future.  The voice of reason has to prevail, and it’s our choice to make that happen.  Telling the truth that we’ve been doing the right things will allow us to continue.