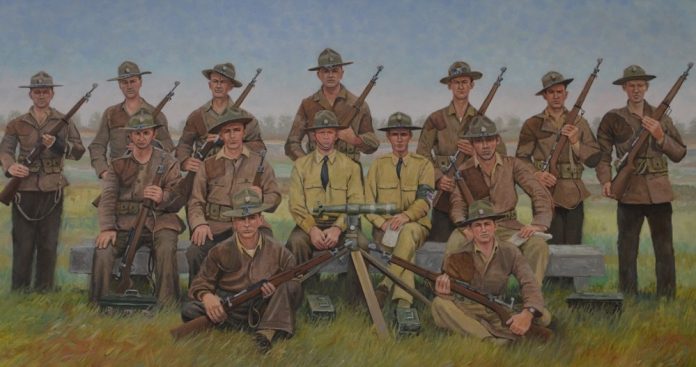 The Civilian Marksmanship Program, going back to its past incarnation as the Army-run DCM, dates to 1903 and has been a facet of the shooting sports in America since the days of President Teddy Roosevelt. (Photo: Chris Eger/Guns.com)

A newly released report by federal watchdogs delved into the finances and performance of the Civilian Marksmanship Program. The 44-page Government Accountability Office report to Congress found that the government-chartered corporation, which formed in 1996 to promote marksmanship and firearms training, provides several services to the nation and has enough surplus guns on hand to fund their operations for several more years.

A descendant of President Theodore Roosevelt’s National Board for the Promotion of Rifle Practice, which dates to 1903, the CMP’s mission was carved off from the Army under the Clinton administration and established as a tax-exempt non-profit. Rather than receiving grant funds from the government — like similar groups such as the Naval Sea Cadet Corps, the Civil Air Patrol, and Big Brother Big Sisters of America do — CMP only gets firearms and accessories surplus to the military’s needs. Those guns that can be made working are sold to qualified buyers engaged in the shooting sports and the funds rolled back into the organization.

To order a rifle from CMP, one has to be a U.S. citizen, a member of one of over 2,000 affiliated organizations or clubs, and show proof of marksmanship — the latter of which can be proved with a concealed carry license, hunter safety card or past law enforcement or military service.

The GAO found that CMP reported sales of 304,233 former military rifles to U.S. citizens from 2008 through 2017, generating some $196.8 million in revenue, or about $650 per rifle. During the same time, the Army transferred 279,032 surplus rifles — including 203,644 M1 Garands — to the organization, pointing to a declining inventory when compared to the number of sales the group made. However, a lot of what Uncle Sam cleaned out of his attic was junk.

Authorized to accept 170 different types of surplus rifles and handguns ranging from various models of .30-caliber rifles and carbines, to .22 caliber rimfire rifles, .45 M1911s, and air guns, many of the “firearms” received by the group from the Army are non-functional. Among the guns transferred in the past decade are 26,023 M1903A3 drill rifles, and 30,280 M1 drill rifles, which have had their barrels plugged and actions welded. Another 4,624 were MK5-0 and MK6 dummy rifles used originally for training as well as 307 chromed ceremonial rifles. The organization also received small numbers of highly collectible competition and marksmanship rifles to include 486 M14 National Match rifles, 503 M40X1/M40’s and 5,014 M82 Kimber .22s. Besides M1 rifles, which make up most of what the Army has transferred to CMP in recent years, the group also gets airguns, .22LRs, and drill rifles (Photo: Chris Eger/Guns.com)

The CMP, as of Aug. 16, 2018, had an inventory that numbered 228,791 rifles, but the GAO acknowledged “that approximately 35 percent of that inventory is unserviceable and unsellable drill rifles.” Nonetheless, the report estimated the inventory to be worth an estimated $96.7 million. That, combined with the current push by the group to sell as many as 8,000 surplus M1911s recently transferred. “We estimate CMP could fund a similar level of operations for several more years from the sale of all of the surplus firearms it currently has available for sale,” the GAO report says.

Of the batch of 8,000 surplus .45ACP pistols transferred from the Army’s estimated 100,000 in long term arsenal storage, CMP found that 39 are highly desirable rare models they intend to auction, balanced against 145 considered unsellable. With prices ranging from $850 to $1050 depending on grade, auditors estimate CMP could garner $6.14 million to $7.58 million in additional revenue from the pistol sales, supplies of which are likely to be exhausted by this spring. The organization reported they received more than 19,000 orders for the guns, a figure that far outstripped the pool of 1911s on hand, which triggered a lottery system to fill requests. Congress had authorized the Army to transfer up to 10,000 of the vintage handguns each in 2018 and 2019, which leaves open the possibility that the group could see another significant shipment this year. CMP had to spend $700,000 to upgrade their operations to accommodate the pistol sales — including building an Army-mandated vault for the guns.

Where does the money go?

The revenue CMP earns from the sale of milsurp guns goes to fund marksmanship training and support activities across the nation. Required by charter to give priority to activities that benefit firearms safety, training, and competition for youth, the group is heavily involved in shooting sports conducted by Boy Scouts of America, 4-H Clubs, Future Farmers of America, and other youth-oriented organizations. CMP also conducts rifle and handgun camps, schools and marksmanship competitions such as the annual National Matches at Camp Perry and JROTC matches. In the past decade, the organization spent $85.8 million more than it collected in token range and competition fees to support such events.

CMP also provides some direct support to the Army by assisting with the military’s competitions and the Small Arms Firing School, and plays a key part in the Army’s Ceremonial Rifle Program. The latter provides firearms modified to fire blanks to veteran’s groups, law enforcement agencies, and national cemeteries for use in activities such as military funerals and parades. CMP spent $3.6 million on the program since 2008 and currently stores about 30,000 Ceremonial Rifle Program rifles for free in its warehouses for the Army.

Further, the group has to meet annual expenses — $15.8 million in 2017 for example — pay millions for the repatriation of guns returned to the country from overseas allies and reimburse the Army for their expenses associated with the surplus program. In 2017 alone, CMP repaid the Army $5 million.

In addition to its earnings from the sale of surplus guns, CMP markets bulk ammunition, accessories and shooting supplies and generates some revenue from their 500-acre Talladega Marksmanship Park in Alabama, which is billed as the “most advanced public marksmanship facility” in the United States. Once the supply of guns comes to an end from the Army, provided the possibly millions of M16A1 uppers and M9 Berettas in military storage are never cleared for transfer by future administrations, CMP has an investment account currently valued at $188.6 million to fall back on to support marksmanship initiatives.