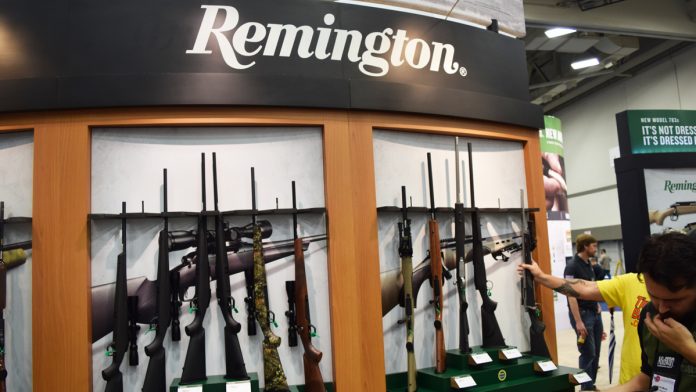 The NY Times has a piece tracking the progress of a case type that has been repeatedly tossed by lower courts. It challenges the Protection of Lawful Commerce in Arms Act (PLCAA). For those in the industry, the PLCAA is shield against being snuffed out entirely by those with enough money to bury the gun industry in blame for actions beyond their control. For those with that money, they are trying to get the Supreme Court of the United States to remove that liability protection and potentially making every wrong action taken by anyone who purchases a weapon, legally or not, the fault of the manufacturer.

This would be the ultimate win for gun controllers, they wouldn’t have to ban anything. They can just bankrupt manufacturers, distributors, and retailers with a few cases that would basically only have to prove that guns are lethal and that they built the gun. Make no mistake, the folks who want arms removed entirely don’t actually care about the “responsibility of advertising” of a rifle, they want an avenue to eliminate them. This is that avenue, it is their best avenue by far for net effect. They don’t even have to win very often, just bring enough cases to eat every available cent a company has. Given the prevalence of small but popular companies in this space, it could be a financial death sentence.

This is the case attempting to hold Remington accountable for the actions of Adam Lanza. Lanza murdered his mother and took her rifle, a Bushmaster XM15, and then drove to the Sandy Hook Elementary school where he would kill 6 staff members and 20 children before putting the last round fired into his own head.

It alleges that Remington’s advertising campaigns contributed to Lanza’s preoccupation with violence and somehow encouraged acts like murdering children. Lanza’s diagnosed Aspergers, depression, anxiety, and OCD, were all ruled blameless in 2014. Mind influencing prescriptions have also not seen the attention as contributing factors… so it has to be an ad about the “Man Card” being reissued in a time period where ads were popularizing the “dumb dad” stereotype.

I’m not saying it was a great ad, I’m saying that on the list of things going on in Lanza’s brain I think the preoccupation with other mass killers was probably a tad more influential than a print ad. I’m putting forward the proposal that the number of mass killers on mind altering prescription substensaces is absurdly high. And I’m positing the, perhaps absurd, notion that despite the diagnosis and the prescriptions, Lanza was still culpable for his own actions and the place to lay the blame died when he ventilated his own skull.

Remington is 100% culpable to what they say. They, like everyone else on this planet, are not culpable to someone twisting anything they said into some dark mutant form of the original message. But if SCOTUS sides against Remington, then every firearm company is in mortal danger for every ad they have ever produced in any time period if it could be misinterpreted, or is just tone deaf by today’s standards, and seen as an instrument of inciting violence.