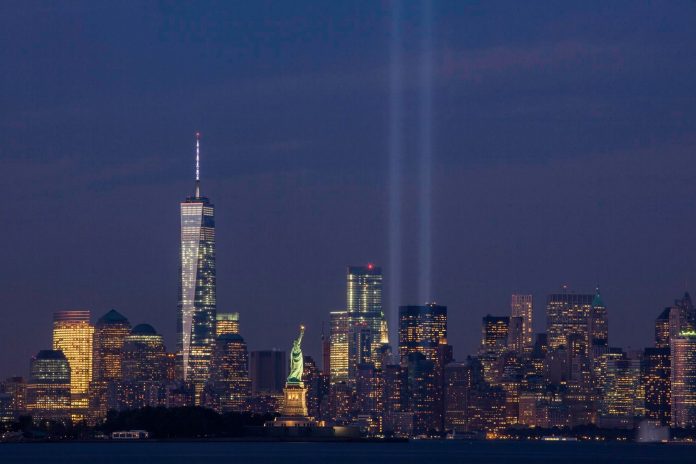 Remember me when I am gone away,
Gone far away into the silent land;
When you can no more hold me by the hand,
Nor I half turn to go yet turning stay.
Remember me when no more day by day
You tell me of our future that you plann’d:
Only remember me; you understand
It will be late to counsel then or pray.
Yet if you should forget me for a while
And afterwards remember, do not grieve:
For if the darkness and corruption leave
A vestige of the thoughts that once I had,
Better by far you should forget and smile
Than that you should remember and be sad. -Christina Rossetti

17 Years ago at 8:46 am this nation suffered the worst surprise attack in its history. This attack did not come from a nation state with a standing army. It was not an invasion.

It was a message… a message from a small violent group who were told by their leaders and whose leadership may have even believed that if they brought fire, blood, and death to the west that somehow, someway, they may be taken seriously.

They were taken seriously.

But not, I suspect, in the manner they wished…

Out of the dust, smoke, and torn steel rose men and women. Scared, scarred, and confused they rose. Coughing, bleeding, and burnt they rose. Carrying the wounded, lifting the fallen, and with slowly clenching fists they rose.

When the blood and smoke was wiped from their eyes and they saw the adversary laughing at their state they looked down into the dust and debris. They saw what they were looking for.

Many voices around us, many nations shared our horror and anguish. A few chuckled along with the adversary.

We bent into the dust. We watched the laughing enemy. Some of his friends were openly laughing too now.

We brushed off a case under the debris… the latches were a little tarnished. We hadn’t used this in years, not in a major way.

The adversary started pointing, talking to his friends. What were we doing? He told us we would bleed again and again as we got out of line. He promised the same to our horrified friends.

We opened the case.

“They won’t do it. All bluster, all of them.” Said the small group. But they weren’t laughing anymore.

We shouldered the rifle.

The small group began to scatter. A few looked defiant, they had picked a fight for a reason after all.

They ran. They threw innocents in the way. They fled seeking refuge from a wrathful nation. They sought every corner of sympathy and spun every tale they could to find shelter.

We found them anyway. We killed them.

We want to set the rifle down. But we know now we cannot case the rifle, as tempting as it may be. Instead we must maintain the rifle. We must maintain our vigilance. We know our reasoning is not the enemy’s, if it were we would need the rifle.

We are weary now. Much of our anger is a memory. But we must keep the rifle ready.

Readers, remember that the only thing that prevents violence against you as a person, a community, or a nation, is the will of others. They need only the will to act and suffer the consequences.

Your response though. That is your choice.

If you must respond, make it count.

But today, this moment, remember it all. Those who where hurt, those who are gone, and the lessons we have learned at a cost.