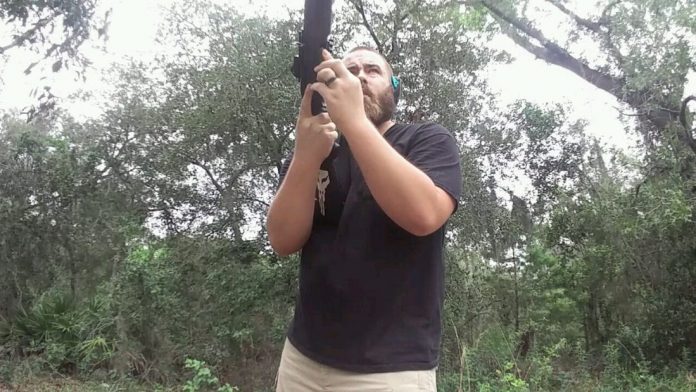 The shotgun is an awesome weapon. It’s a brutal close quarters combat instrument that is hard to beat in a house fight. One of the biggest downsides to the shotgun is its limited ammo capacity. Because of its limited capacity a shotgunner needs to know two vital reload methods, just in case. These are broken down into the speed/emergency reload and the tactical reload.

These techniques are designed for shotguns with tubular magazines in semi automatic, or pump configurations. Unique shotguns like the KSG, the DD 12, the VEPR12, or the UTAS 15 will have modified techniques.

Before we address reloading we are going to talk briefly on how you carry the reloads.

Extra ammo for the shotgun is most commonly carried on the gun. This is typically a side saddle configuration that offers 4 to 6 rounds of extra ammo. The side saddle is one of the necessary accessories for a shotgunner in my opinion. The Side Saddle can be used in two ways. 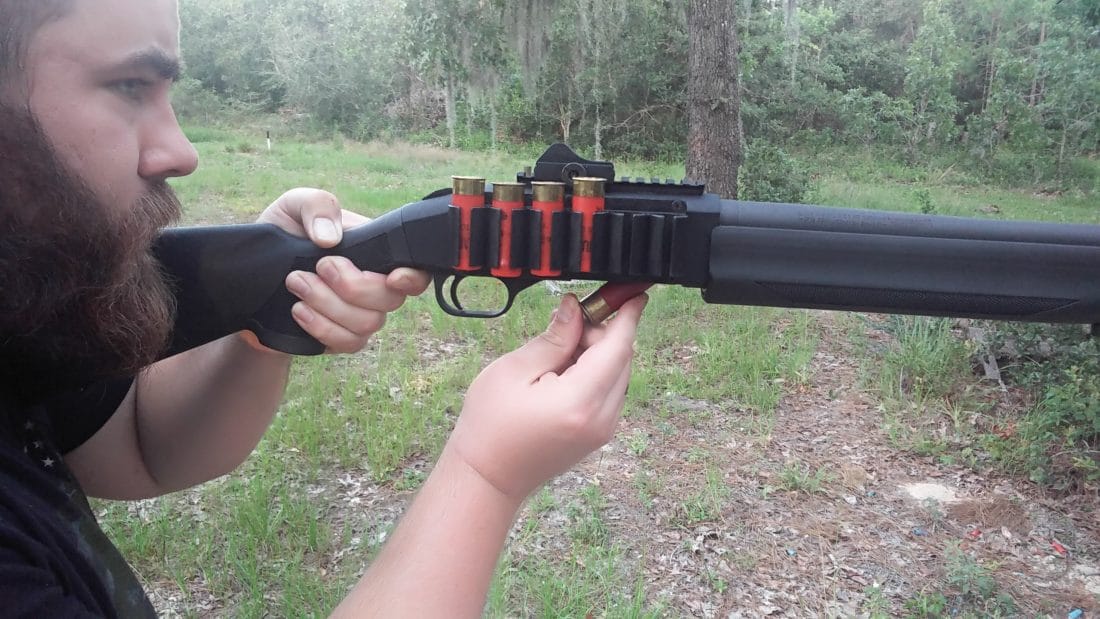 If I was still an active duty Marine and still issued a shotgun my side saddle would be my “Oh Crap” ammo source. It’d be dedicated to speed reloads, and my on body means of carrying ammo is for tactical reloads and topping off.

As a normal Joe who keeps a shotgun for home defense the side saddle is my only means of carrying extra ammo so it’s used for everything. I’m not tossing on a vest or bandoleer to greet home invaders.

For law enforcement, military, and preppers it’s a good idea to have an additional means of carrying ammunition. It could be a belt of ammo, a pouch with ammo safely stored and organized, or something like the Ammo Pal. This gives them a lot more ammo than a side saddle. However, they should still have a side saddle on their shotgun. 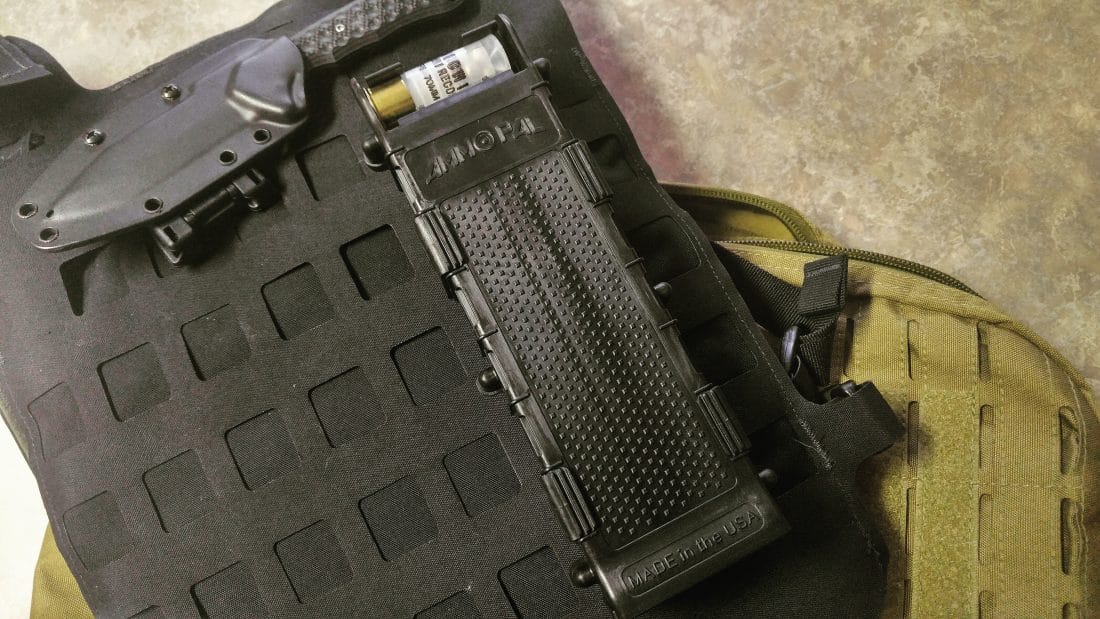 This on body ammo is perfect for topping off the shotgun in a fight, and the allows shooter to reserve the side saddle for speed reloads. If a speed reload is utilized the side should be refreshed from the on body ammo.

A tactical reload occurs anytime you have a lull in the fight. The joy of a combat shotgun is the ability to keep it loaded by topping it off. The general rule of thumb is fire two, load two. Whenever you aren’t shooting you should be reloading.

The low capacity of a shotgun and close quarters nature demands you be proficient at keeping the shotgun loaded. When tactically loading there is already a round chambered. With that in mind you want to keep the weapon pointed in the last known direction of the threat, and keep your eyes focused downrange. 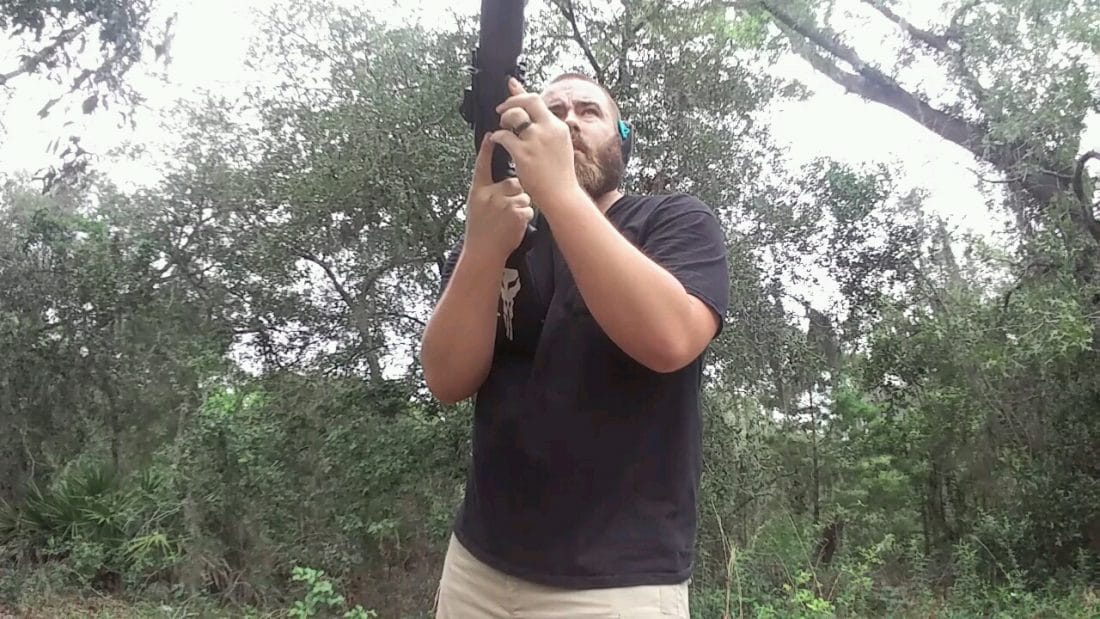 You need to be able to retrieve ammunition by feel alone. To tactically reload a shotgun you’ll need to retrieve rounds from your ammo source and load the tubular magazine with as many rounds as you safely can. 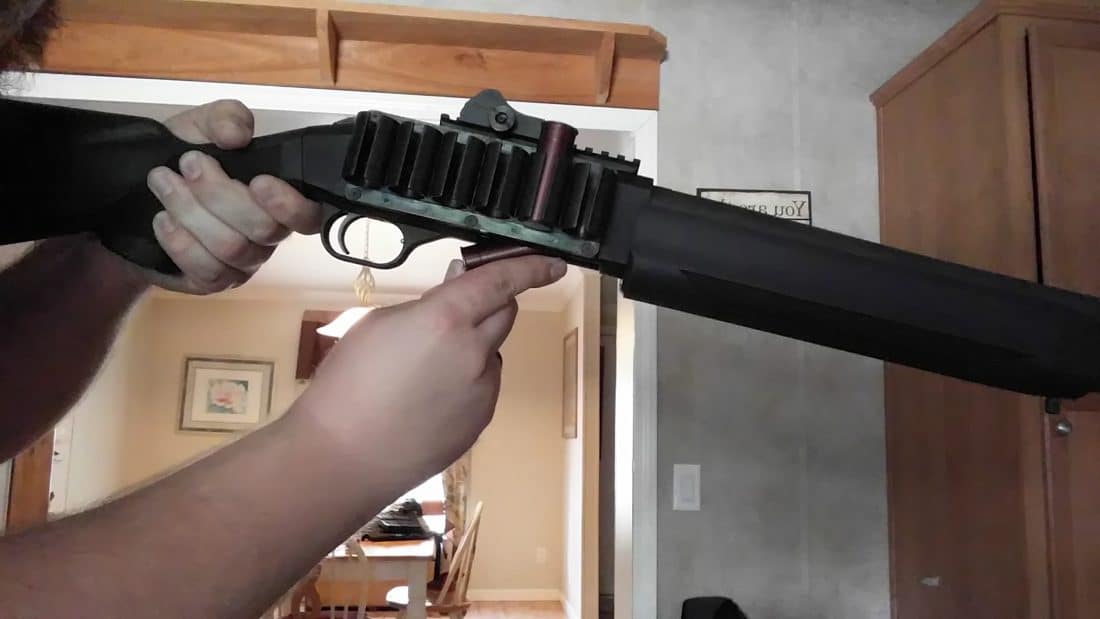 You want to be able to retrieve and load ammunition without having to look at the gun or your ammo source, as well as being able to reload your shotgun on the move. This coordination takes training, but is an invaluable skill if you are running a shotgun.

The Speed reload should be used when you run dry and are still in a close combat scenario. The goal of speed reloading is to get a round into the chamber as fast as possible. In this situation you are attempting to get a dry weapon back into action to deal with an immediate threat. With that in mind we want to be able to load as quickly as possible. Generally the fastest way to reload a standard combat shotgun is via a side saddle.

To start a speed reload from a dry gun the weapon needs to have it’s action opened with an empty tube and chamber. You’ll draw a round from your ammunition source, and position it in your hand so the rim is facing you. With the rim facing you, insert the round into the open port. You do not have to load the round directly into the chamber, this takes too much time. 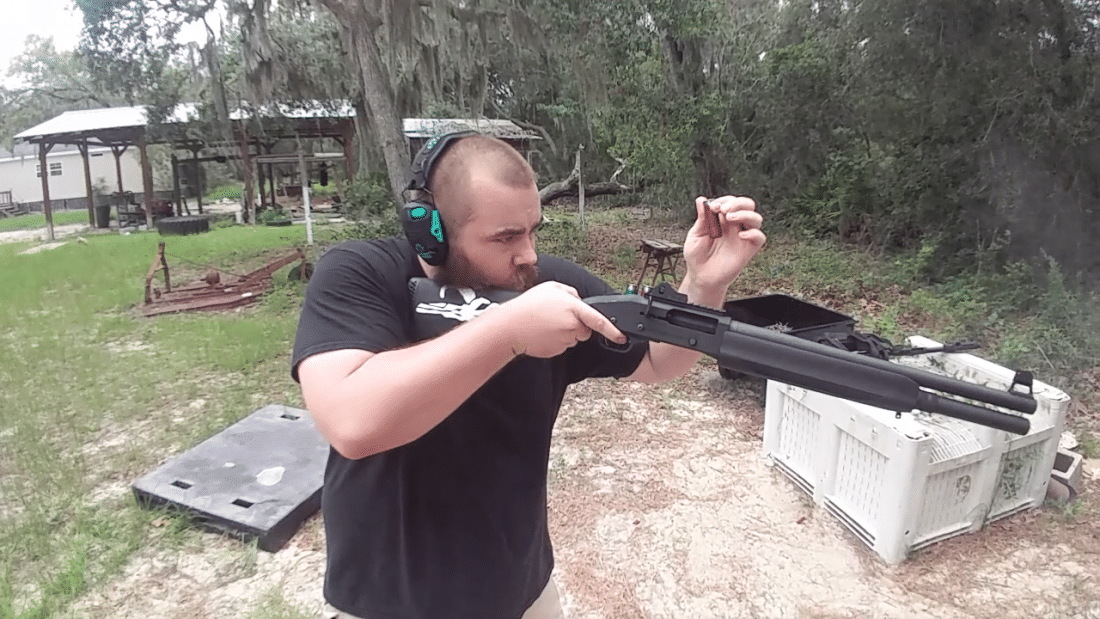 With the action opened the shell lifter will be in the up position and it will hold the round in place after you put the round through the port. From here you will send the round into the chamber by pushing the pump forward, or by hitting the bolt release on a semi automatic shotgun. When using a semi automatic don’t be afraid of the charging handle. It may hit your hand, but it doesn’t hurt. 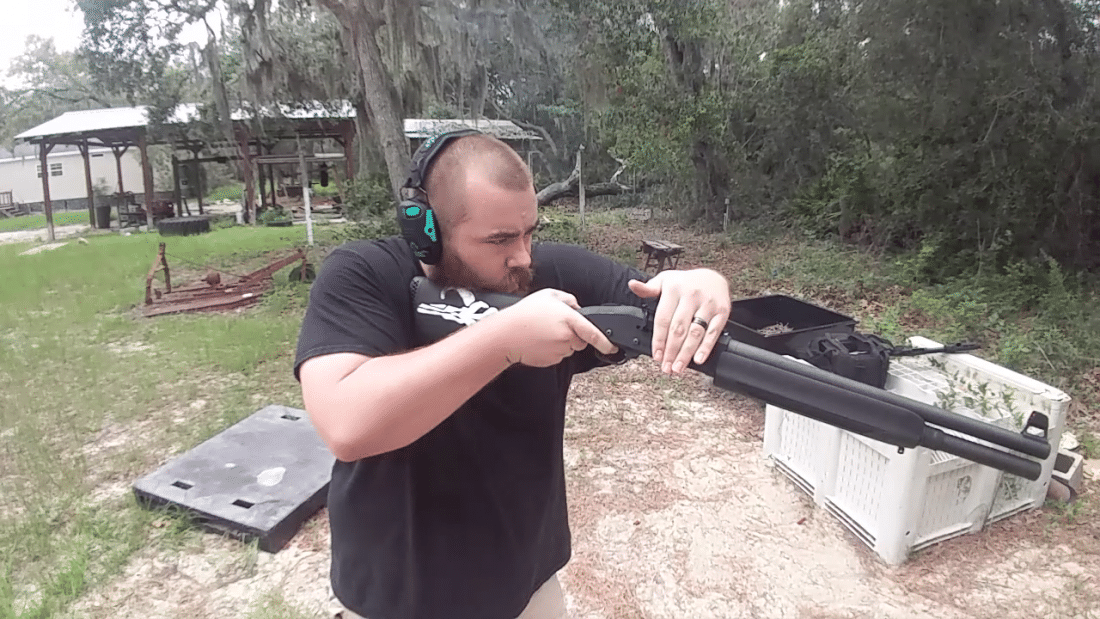 When loading through the port you can go under or over the receiver. I find going over the receiver to be the better option for me for a couple of reasons. First going over means my rounds are rim up in the side saddle, which means they are less likely to shake loose and fall out of the carrier. Second it’s less awkward for me, and more intuitive. Going over the receiver allows me to easily hit the bolt release button on my Mossberg 930. 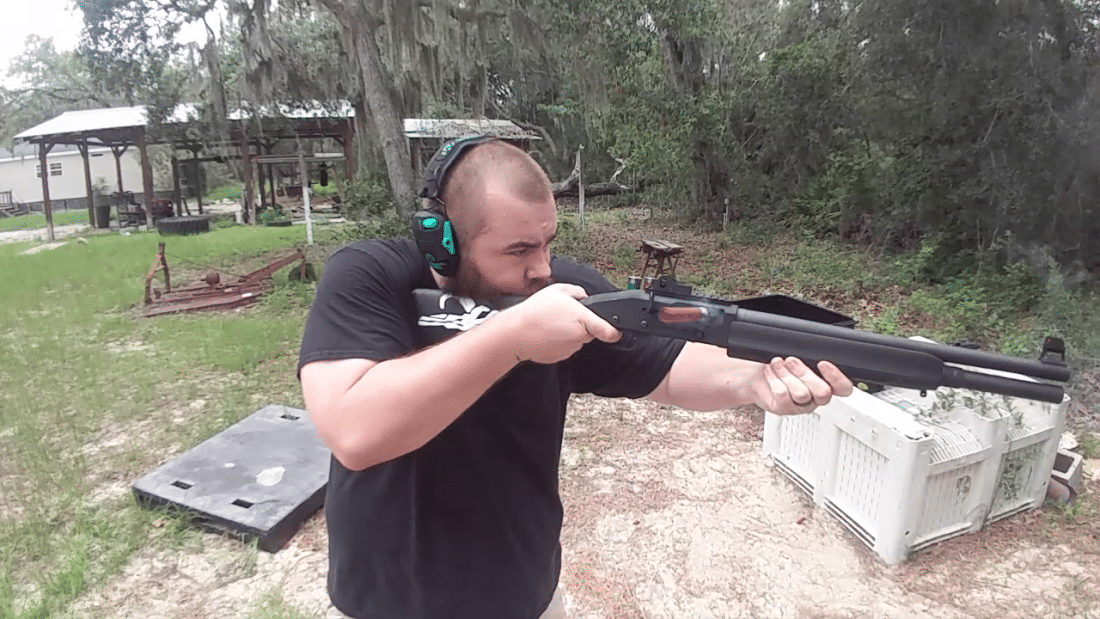 With a pump action shotgun going under the receiver may be the better choice. Going under the gun makes it easier to load and then activate the pump.

Once you have a round in the chamber you have two options that will be decided for you based on the situation. Either you are going to fire that round and prepare another speed reload, or you are going to go into a tactical reload. If you are still facing an active threat you’ll need to get that round down range and be really good at speed reloads.

What you need to remember is that a speed reload is something you want to avoid as much as possible with a shotgun. The only time it should happen is if things have gotten fast and furious and you are putting a lot of lead downrange. To avoid being reduced to a speed reload you have to be capable of doing tactical reloads.

You can train with these techniques at home without having to invest a ton of money in ammo. I utilize Snap Caps to form muscle memory, and to build coordination for both reloads. Snap Caps are dummy rounds that replicate the size and weight of an actual round of buckshot. They are great for building those base level skills before hitting the range for practical application and safe to use in the house.

These techniques are not complicated, and are very important for a shotgun operator to learn and utilize. Luckily, they aren’t difficult to master. Take 15 minutes a day, and practice these reloads with Snap Caps. A little time, and effort will go a long way, and in a week you’ll see noticeable improvement in your shotgun mastery.