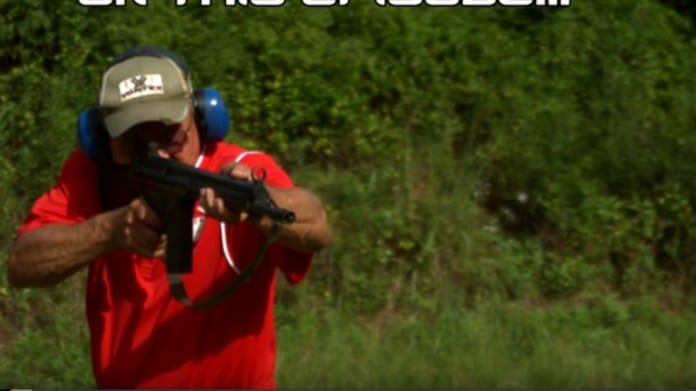 Jerry Miculek helps us all unwind with his Heckler and Koch HK91 .308 captured in super slo-mo at 24,000 frames per second.

After WWII, some of the best German weapons engineers vacated the Fatherland for less bombed-out facilities in Spain and brought forth the CETME Modelo A battle rifle, which used a revolutionary roller-delayed blow-back action to create a super reliable gun. This design went home to West Germany and became first the Cold War classic G3 rifle then the semi-auto HK91– which was a hit on the civilian market.

Jerry has had this particular HK91 in his possession for over 30 years, picked up as a prize back in the 1980s when these German bad boys were floating around in quantity and calls shooting it, “a vigorous experience.”

The Longevity of the VZ 58