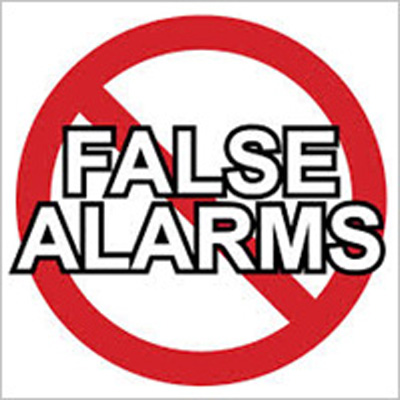 The September 27 issue of the Journal of the American Medical Association contains a dozen or so articles discussing deaths associated with firearm use. Anti-Second Amendment bias is clearly present. The cover pictures a semi-automatic pistol and some bullets; they missed an opportunity to show a Minuteman fighting for his country.

A piece by Rita Rubin, MA is titled, “Examining The Impact of Firearm Safety Laws on Suicides.” In the first sentence, the author talks about “firearm deaths” and the astute reader immediately suspects that somehow agency is being attributed  to these pieces of metal. A few sentences later, the reader is told about “firearm suicides” and could be forgiven for assuming that the author is talking about guns that kill themselves. After touching on “gun violence” (you know, the tendency of guns to behave in a violent fashion) she notes that often, and not surprisingly, people who seek to kill themselves using guns often achieve this result.

She quotes a researcher who found that patients recently discharged from a psychiatric hospital have a suicide rate 100 times higher than the rate in the general population. Following the popular ‘gun = violence’ theory, one might guess either that admission to psychiatric hospitals causes suicide, or that such patients should never be discharged so as to avoid it. But the obvious conclusion is that some people are released too soon from psychiatric inpatient treatment, and the emphasis should be for these hospitals and their professional staffs to improve their performance. Strangely enough, this researcher adds, “There should not be a forced choice between suicide prevention policies that increase the public’s access to mental health treatment interventions and those that decrease at-risk individuals access to firearms”, even though no one seems to be demanding such a choice.

Meanwhile, those supporting Second Amendment rights have been very consistent in also supporting mental health treatment that can reduce violence. An advantage of this approach is that it addresses violence overall, not just violent behavior associated with firearm use. One statistic provided by Ms. Rubin supports this position – comparing states, those that provide more mental health resources have fewer suicides, and this finding is valid across a number of years.

Rubin cites another study comparing states with large versus small numbers of “gun laws.”  The researchers reported that states with many gun laws had relatively fewer people who commit suicide using a gun. As always, showing association does not show causation, but presenting data in this way makes it hard for us to avoid the feeling that we’ve seen proof of some sort even though we know that is not based on fact.

In a similar vein, she cites a study published in January 2018 (earlier critiqued here) which reported an association between strictness of a state’s laws regarding firearms and suicides by gunshot. As noted above, such reports can dupe the reader into feeling that one causes the other. The 2018 study is flawed in many ways, including labeling the Brady Center to Prevent Gun Violence and the Brady Campaign to Prevent Gun Violence as organizations that “advocate against gun violence”. This is a bit like saying that Hitler was an advocate for youth fitness or Stalin an advocate for full employment. What these two organizations advocate for is restricting Second Amendment rights.

In fact, the number of suicides (including those by gunshot) per capita in the United States is constantly decreasing, showing the value of education regarding the risks inherent in mental illness and weapons, which the gun community increasingly emphasizes.  And that 2018 study itself documented a lower rate of suicide attempts by firearm in its final year (2011) compared to its starting year (1998).

Ms. Rubin then turns to Red-Flag Laws which, she states, “allow family members and law enforcement and, in some cases, teachers, coworkers, and physicians, to petition a state court to temporarily remove firearms from the environment of someone deemed at risk of harming themselves or others.”  Of course, the specifics of these laws vary from state to state, so generalizations are difficult. Her account of several homicides is crafted to suggest that such laws would have prevented deaths. Her assumption seems to be that it would have been impossible for the perpetrators to kill by other means.  However, data suggest that as many lives as are saved by such interventions are also lost during attempts to seize weapons and because people avoid treatment for fear of being made the object of a Red Flag process.

As is typical, the discussion of red flag laws here ignores the existence of laws long in place that allow the involuntary hospitalization of those with a mental illness who are a threat to self or others. Surely many individuals facing a red flag process have mental illnesses, and for a red flag process to move forward the individual must be deemed a threat, likely meeting criteria for involuntary psychiatric hospitalization (if not criminal arrest). This is quite consistent with the statistic noted above as to the high number of recently discharged mental health patients who kill themselves.

It is also odd that red flag laws enacted to date seem significantly disconnected from orders of protection. One might think that at the time a person is deprived of firearms due to constituting a threat to others, the court should take steps to protect the potential victim from other forms of violence. That this is not usually the case suggests a myopic and counterproductive focus on guns that follows from ill-founded political beliefs.

Ms. Rubin cites a study indicating that a significant number of doctors are reluctant to participate in red flag proceedings because this would undermine the doctor-patient relationship. This is particularly important in view of the efforts by many to reduce violence through better mental health treatment. Patients will be less likely to seek care if they believe that professionals they would see are apt to break confidentiality.

To end this review, let’s touch on something mentioned by the author but once – the right to keep and bear arms. In a press release, the Oklahoma State Senate described passing legislation to “protect citizens’ Second Amendment rights” by forbidding any unit of state government from “enacting any red flag laws”. This should be welcome news to those who favor constitutional government.