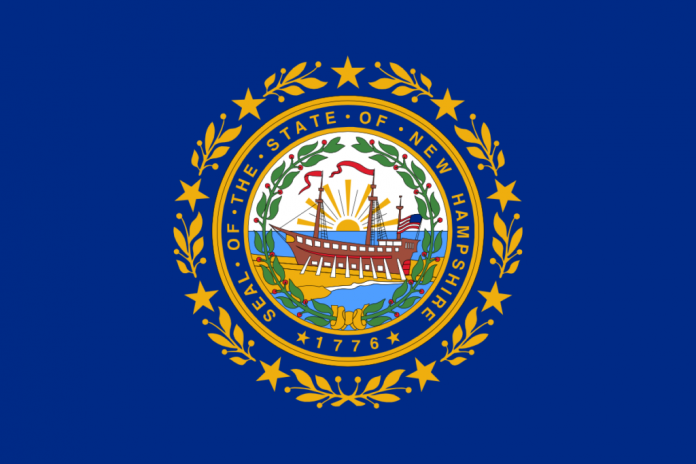 [Ed: DRGO was asked for written testimony regarding a badly conceived, intended and written bill that the newly Democrat majority legislature would enact as an Extreme Risk Protection Order law there. This is our response. There will be further action at the NH Senate if (as is likely) it passes today’s Committee hearing and then the NH House of Representatives. Stopping it however possible is both crucial and difficult.] [GAT Editor’s Note: The original form of the article from DRGO listed the NH Governor as a Democrat, this was inaccurate and has been corrected here]

Doctors for Responsible Gun Ownership is a nationwide advocacy and watchdog group that for the past 25 years has insisted that science be used objectively in matters affecting Americans’ Second Amendment right to keep and bear arms. We teach what good science shows—that guns in responsible hands save lives, reduce injuries, and protect property by preventing violent crime.

We do not approve of stigmatizing the mentally ill, and are concerned that they receive proper treatment whenever needed. Only about 4% of violence in society is attributable to (usually major) mental illness in perpetrators, but every person we identify as needing help for that or other reasons should have it.

DRGO supports the concept of trying to protect society from individuals identified as potentially dangerous to themselves or others. The problems arise in how to identify them, how to intervene, and how to ensure that both the complainant’s and the subject’s rights are protected. No “Red Flag” laws enacted so far ensure these adequately, and the proposed New Hampshire law is worse than most. At their core, confiscating people’s guns infringes both United States (Second Amendment) and New Hampshire (Article 2.-a) constitutions’ guaranteed firearm and other rights.

Identifying acutely dangerous individuals is fraught with uncertainty. The best reliability comes from in-person examinations by forensically trained psychiatrists, and their assessments are accurate only about 60% of the time for perhaps the subsequent 24 hours. (Note that 50% accuracy is random.) People who see something should say something, and unlike in Parkland, Florida, authorities should do the right thing. So lay people reporting concerns is desirable, and a court’s finding must precede legal action. But expert evaluation needs to be incorporated, which has not yet been required in any state’s ERPO law and is missing from NH HB 687.

Even expert evaluation can only identify likelihood of immediate dangerousness, and NH HB 687 leaves undefined how far into the future concern may lie. Neither does it specify what degree or type of “bodily harm” is actionable. None of this abides by American tradition that punishment (including deprivation of rights) may only be applied on conviction of a crime. This is unconstitutional “precrime” punishment for acts that are anticipated, but have not been committed.

Similarly, no ERPO law yet, including NH HB 687, provides for any, in U.S. Attorney General Barr’s words, “up front due process” (i.e, notification of the action to the subject with the right to representation by legal counsel and to confront the accuser) as guaranteed by the Fifth, Sixth and Fifteenth Amendments to the U.S. Constitution. Thereby, the Fourth Amendment’s guarantees of equal treatment and against unreasonable search and seizure are contravened. Like the U.S. Constitution’s guarantee that “the people’s right to keep and bear arms shall not be infringed”, the New Hampshire constitution guarantees that “All persons have the right to keep and bear arms in defense of themselves, their families, their property and the state.”

There are well over 300 million firearms in civilian hands in the United States, in more than 40% of households. If “having a firearm” causes risk, how can it be that less than 0.005% of these guns and less than .01% of gun owners are involved in shootings each year? (These numbers include suicides, justified homicides, murders and accidents). In recent years, there have been from 86 to 132 shooting deaths annually in New Hampshire among its 1.3 million+ residents. That is a rate of less than 10 per 100,000, about our nation’s average. Shootings are not even in the top 15 causes of death in this country (though make up a portion of overall suicides and homicides, which fall into that list).

There must be a clear definition of the real reason for alleged dangerousness based in action or threat. Means need to be addressed, but are incidental to the proper purpose of an ERPO, which should be to protect people from dangerousness by any means. The proposed definition would justify confiscating firearms from anyone just because they possess them.

As with domestic violence restraining orders, it is appropriate to levy penalties for false reporting, which will undoubtedly occur with EPROs too. (NH HB 687 is concerning because making a false report would only be a misdemeanor offense, disproportionate to not complying with a gun confiscation order, which would be a felony.) But there is no equivalence in these two kinds of orders. No one has a right to be with someone who is afraid of him/her, and no Constitutional right is infringed by a domestic violence restraining order.

Any act or threat that would justify infringing a Constitutional right must be serious enough to fall into existing criminal and/or mental illness arenas, and should explicitly require criminal charges and/or commitment to psychiatric evaluation and treatment. This requirement is missing entirely in NH HB 687.

Executing EPROs is itself clearly dangerous, and puts both officers and subjects at risk. Recently in Maryland, a man was shot to death when he acted to defend against a home invasion, which was actually an EPRO secretly initiated by family. Their concern for him was realized, not by his initiating harm, but due to executing the EPRO.

EPROs as thus far imposed are extreme solutions to rare problems and may cause more harm than they prevent. They provide excuses for “Star Chamber” hearings that approve legalized “SWATting”. They are political window dressings to appear that someone is “doing something about gun violence.” Unfortunately, New Hampshire’s NH HB 687 is more of the same.