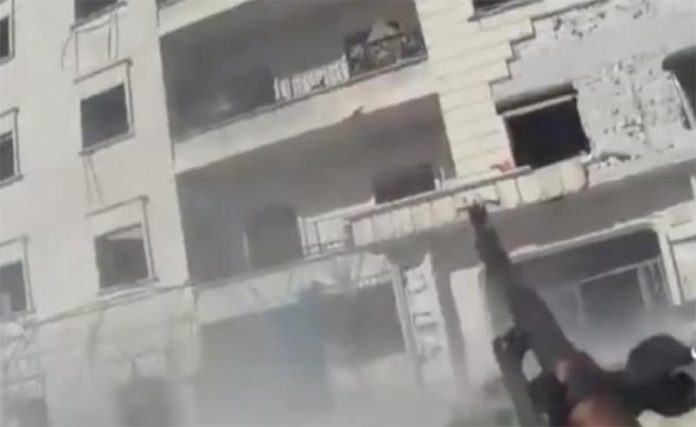 A war in Syria was so well documented like no any other military conflict in modern history. Small cameras, cell phones, and other technology stuff captured incredible moments during Syrian war. In this particular footage, an armored attack by rebels was unleashed on a building held by the regular Syrian army. A rebel machine gunner had a helmet-mounted GoPro style camera which reportedly captured his last moments in this world.

He was shot and abandoned by his armor and squad while his GoPro was recovered and found a way to the YouTube. Soon as he and his fellow friends assaulted that building, they got pinned right underneath their firing position which deliberately put them in the middle of a beaten zone.

The armor provided some cover in a first manner, but the group’s machine gunner rookie mistake cost him life. The ‘hero’ of this footage put himself dead out in the open and sprayed a long burst into the building which immediately resulted in him getting himself shot.

His friends mounted armor again and retreated from the scene leaving him behind.