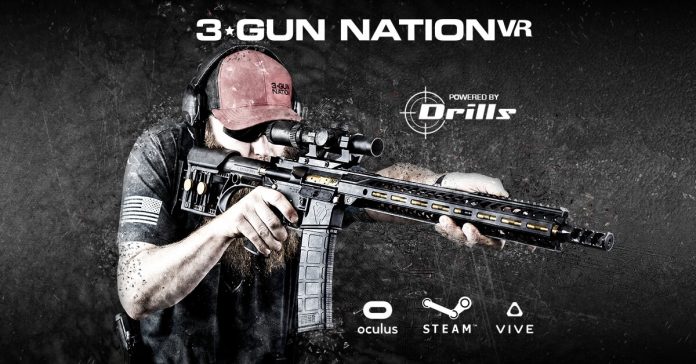 3-Gun Nation is developing a VR video game — expected to drop on the Steam gaming platform in a few weeks — that centers on 3-Gun shooting.

“Nothing can replace real firearm training and safety, however, if we can push a fraction the game users to get real training, the technology can only help us grow and create new shooters,” Pete Brown, 3-Gun Nation President, said in a news release. Though VR gaming is slightly more expensive than traditional console gaming, the industry is on an upward swing as the gear becomes more streamlined and more gamers gravitate towards the newer technology, 3-Gun Nation explained.

“While VR gaming is currently more expensive endeavor than console gaming, it will only streamline and become more accessible as time goes by. Beyond that, it’s more than just video games. Businesses worldwide are using it as a tool for training, conferencing, AI and robotics,” the company said. “Nothing can replace the days of Pac-Man in your living room. However to be able to learn, compete and enjoy 3-Gun competition in a virtual setting is pretty cool too.” The game will be available on Steam. (Photo: 3-Gun Nation)