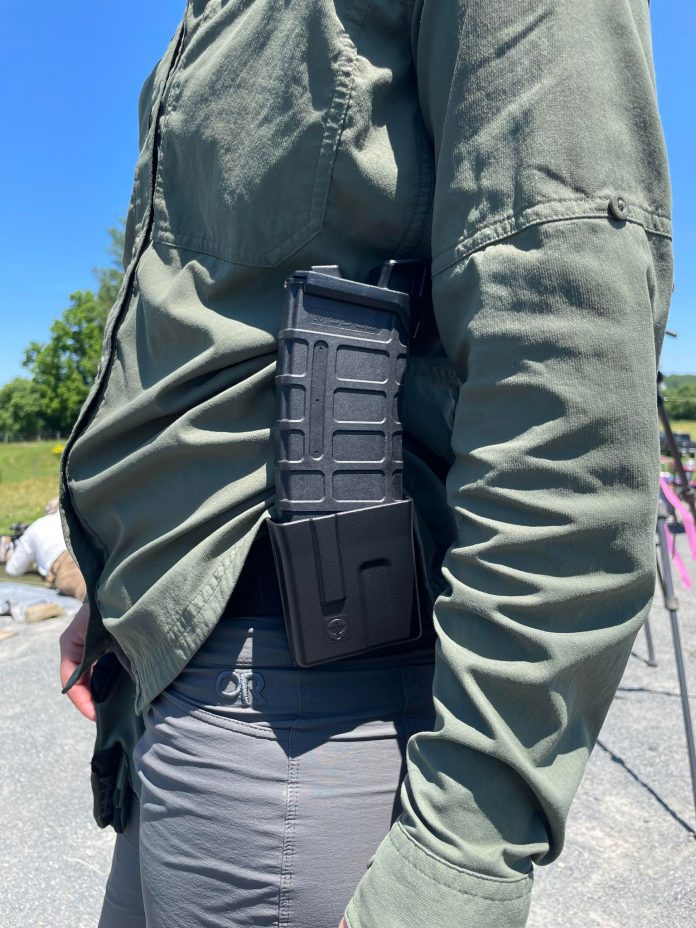 Raven Concealment have been the known go to for covert magazine pouches. With their new release of Lictor pouches they hit the nail on the head again by offering both rifle and pistol pouches that have the smallest footprint on the market with a very easy tension adjustment system.

Probably the most important fact/feature about these Lictor Magazines are the design of the pouch itself. Due to the pouches being plastic injected molded instead of pressed kydex these pouches are entirely one piece. One piece pouches have less failure points and hardware which also means less snag points. IE covert..

The G9 Lictor pouches specifically feature two relief cuts for easy access to the magazine. In other words, the cut gives you space to allow your finger to actually gain purchase on the body of the magazine.

The AR Lictor pouches have an unapparent funnel top shape to add into ease of stowing the magazine. The pouches allow both rounds forward or to the rear.

Both pouches are fully ambidextrous.

The Lictor Magazines are truly modular as they ambidextrous, magazines can be loaded rounds forward or back with no issue, and the pouches will accept a variety of magazines including both USGI and Pmags.

Due to the modularity these pouches have been able to be used as both under the sport coat for work but also during matches or practical shooting classes.

Personally, I used the Lictor AR Mag pouch at a Green Ops LPVO class and it worked great as it was not bulky and I could just slip it over a standard inner belt. I also used the pistol pouches when running AIWB during a USPSA indoor match at NRA HQ, also slipped over a standard belt. Both gave me easy tensioned draws yet I didn’t lose a magazine during the longer stages with more movement.

The Lictor can attach to both standard dress belts or Molle/Pals belts. It comes shipped with a 1.5″ belt clip that simply fits over your belt with easy on/off donning. Compared to other clip designs, this one is very well designed as it actually stays put yet isn’t bulky.

The belt clip can be removed to fit other aftermarket design clips that will attach to Molle/Pals if you see fit.

Note: The belt clip will not fit tightly over 1.75″ belts.

To adjust the tension on both the rifle and pistol pouches all you will need is a screwdriver with no worry of losing pieces. The system entails a captured screw and spring. Simply go through the cut out hole on the belt piece, turn the screw, and the piece will tighten up to fit both polymer and steel magazines. No parts lost, nothing to remove to get to the phillips screw, and no damage to magazine.

Note: Due to a small access hole on the belt you will need to use a standard phillips small screwdriver, not an attachable bit. The bit and driver will be too fat to fit through the access hole and you can damage the screw and/or belt clip.

The tensioning will work so far as allowing the magazines to be stored rounds forward or bag, and will fit everything from Glock magazines all the way to steel Walther PDP mags. Remember, these were designed to be on someones belt under a sport coat with no intention of them being removed unless absolutely necessary. They will get TIGHT but can also be set to be run OWB with less tension for easier removal and replacement of the magazine.

Note: The photos on RCS website doesn’t feature the new design of belt attachment with the access hole for the tensioning screw. The access hole belt clip will come attached to your ordered pouches.