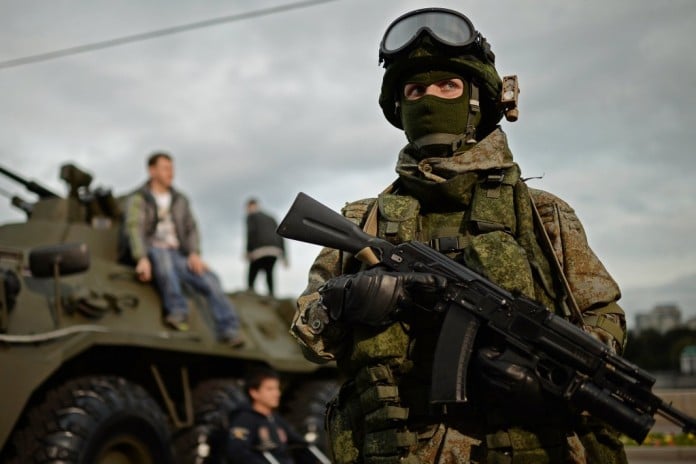 The Russian military sponsored Russia’s version of DARPA, Prospective Research Foundation, to began research and brainstorming the RATNIK system. It is a new future soldier gear system which will bring together all modern existing ideas and technologies.

The RATNIK Future Soldier will be finished between 2025 and 2030. The system will be equipped with dozens of components, including drones, firearms, body armor, optical and communication devices as well as navigation devices and life support and power supply systems. One of the main advantages in RATNIK equipment will be a newly-developed drone from Izmash Unmanned Systems.

Izhmash Unmanned Systems is a Russian developer and manufacturer of UAVs. The company has developed Takhion UAV as well as a product line of Granat drones for the Russian Armed Forces.

The Mukha drone has no global analogues. It is able to fly for 5 kilometers [about 3 miles] over a span of 40-45 minutes. The complex allows a soldier or a small unit to look around in 4-5 kilometers. The drone is carried in a special packing that can be equipped with RATNIK system.

RATNIK-2 already in use

The Russian military plans to equip 80,000 soldiers with an experimental version of the RATNIK system (RATNIK-2) gear before the end of 2015 according to the Russian Land Forces’ commander Col. Gen. Oleg Salyukov. Russian Special Task Forces known as Spetsnaz already had a chance to test the Ratnik personal combat uniform kit during intense drills.