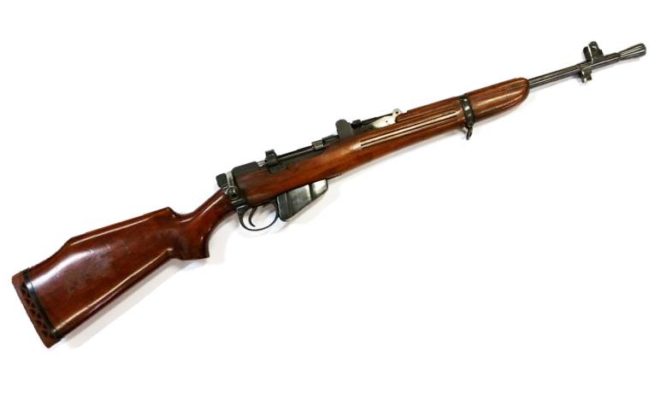 This rare No 6 Mk I Lithgow Enfield was recently returned to the museum of the factory it was born in during the last days of WWII. (Photo: Lithgow Small Arms Museum)

In the tail end of World War II, the Australian military was crafting a shortened Enfield .303 for jungle warfare, but it never made it into full-scale production before the A-bomb ended the conflict.

The above beauty is a rare bird and a bit of evolving gun control history all in one.

The Lithgow Small Arms Factory, which crafted Australian Lee-Enfields and bayonets from 1912 into the 1950s when they switched to making inch-pattern semi-auto FAL (L1A1SLR) rifles, had this beautiful No 6 Mk I Lithgow Enfield recently turned over to their museum from the New South Wales Police. According to the museum, it is a super low serial (XP124) and was one of just 100 of that rare model made, 50 with brass butts and 50 with rubber.

As noted by a British site on everything Enfield, the No. 6 Australian was that country’s domestically-made equivalent to the British No. 5 “Jungle Carbine” designed for use in the Pacific island fighting in WWII and, “Only the capitulation by Japan, which brought the conflict there to a close, precluded the Australian No.6 rifle from going into production.”

John Walter in his book Rifles of the World, notes the No. 6 Mk I rifles were shortened and lightened guns crafted on older No 1 Mk III actions with half-stocks and handguards and used 19-inch barrels, tipping the scales at 7.5-pounds. He also says some were later altered by the Royal Australian Air Force to take 7.62x51mm NATO and use 20-round box mags in the 1950s.

Here is an unconverted prototype .303 No 6 Rifle Mk. I in the collection of the Australian War Memorial, donated by a collector from Queensland: 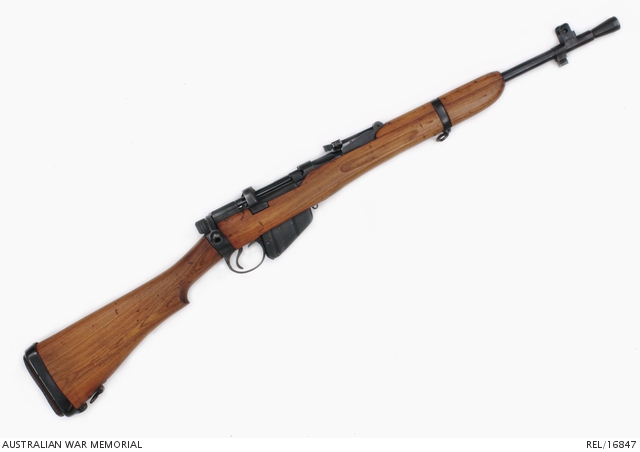 However, the gun turned over to Lithgow is not original. Around 1950 it was re-chambered from standard .303 British (7.7×56mmR) to the just slightly shorter 7.7x54mmR by area gunsmith Barry Cockinos to get around the new gun law passed in NSW after 1948 banning “military caliber” firearms for civilian ownership. 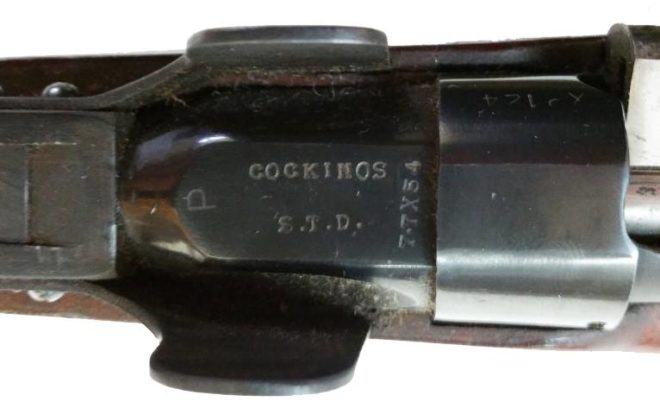 These days, even with the caliber change, is a target for lawmakers and regulators due to its magazine capacity and was likely handed in during the recent National Amnesty, or seized. NSW police recently impounded 109 firearms from a collector, including several rare pieces, that he did not have a license to possess.