As explained by the office of the President of Russia, Putin on Tuesday stopped off at the Patriot military park in Moscow’s Kubinka region on Gunsmith Day to both visit the troops and participate in a ceremony consecrating a stepping stone of an Army cathedral. The event has become a big deal in Russia in recent years, with a 25-foot high statue of Gen. Mikhail Kalashnikov unveiled in Moscow to mark the day last year.

While there, Putin visited the Kalashnikov Concern’s on-site shooting center and, as shown off in the above, got some trigger time in.

The former career KGB officer and avid outdoorsmen reportedly got four out of five shots in at 600 meters with Kalashnikov’s new SVCh Chukavin rifle, although they don’t show the target. 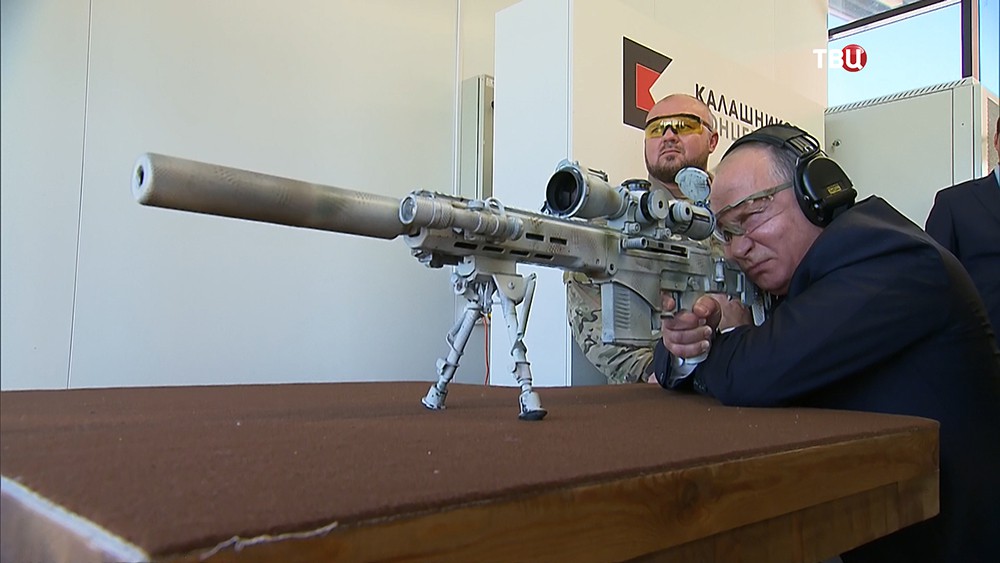 The SVCh (with SV= Snayperskaya Vintovka, or Sniper Rifle, and the Ch for Chukavin, the inventor) was introduced in 2016 and is a designated marksman rifle that aims to build on the old Dragunov SVD’s rep but with more modern features. Designed with input from Russki snipers, in its 7.62x54R version the rifle uses the standard SVD magazines though adds a folding stock, polymer furniture, and a Picatinny rail.

Kalash is also marketing the SVCh in 7.62x51mm NATO complete with 15 and 20 round mags, which is the version Putin got behind.

More on that, below.