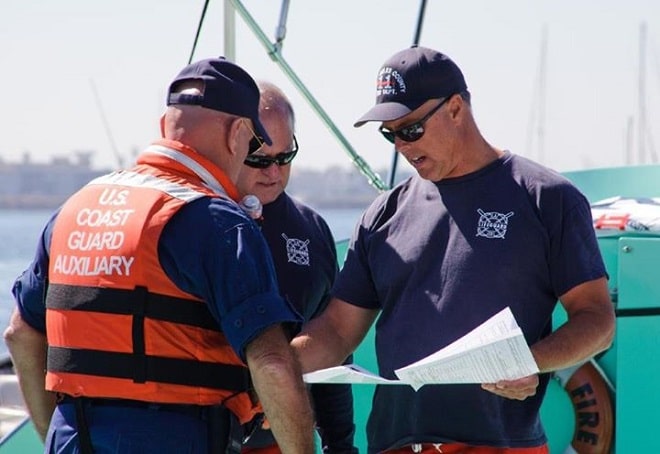 Following a terrorist attack on U.S. service members this month, a petition has begun to allow members of the Coast Guard Auxiliary to carry firearms while in uniform.

The Auxiliary, established in 1939, consists of some 30,000 volunteer members who combined contribute an average of two million hours per year to the Coast Guard’s mission. While serving, often at stations and on Coast Guard vessels, members wear modified military uniforms.

This, argues member of the group, makes them just as much a target as active and reserve personnel.

“In the aftermath of the killing of 5 U.S. servicemen by a terrorist in July–and a pattern of such incidents during which, a total of 34 unarmed U.S. Servicemen have now been killed within the United States, and 54 more have been injured since 2009, volunteer civilian USCG Auxiliarists should not have to give up their right to bear arms as a condition to serve their country and local community,” James Lamb told Guns.com Tuesday.

“It is clear the USCG Auxiliary Uniform makes an Auxiliarist just as much a target as members of our armed forces for further attack,” explained Lamb who has started a Change.org petition asking the Commandant of the US Coast Guard and National Commodore and Board of US Coast Guard Auxiliary to allow members who have valid state or local issued concealed carry permits to carry firearms while in uniform.

“First and foremost, the concealed carry of privately owned firearms on board federal facilities, unless authority has been granted by competent authority, is prohibited,” reads an official memo signed by Cmdr. William Seward, head of some 5,700 Auxiliarists in the Coast Guard’s Seventh District which includes Lamb’s flotilla.

“This applies even if otherwise authorized to carry concealed in other jurisdictions. Additionally, the possession of privately owned firearms and ammunition while attending an approved Auxiliary function or participating in an authorized Auxiliary activity, including regularly scheduled detachment, flotilla, or division meetings is prohibited,” explained the memo.

Seward’s directive, distributed in May, takes into account the personal feelings of the volunteer Coast Guard personnel, but contends his hands are tied.

“I understand that this is may be frustrating to some. These restrictions are legally required and in no way a reflection of the value of the Auxiliary to the Coast Guard or the American people,” says Seward.

Although tasked with education and boater safety missions, the Auxiliary had teeth at one point.

During World War II, the Auxiliary was armed after the Coast Guard was made part of the Navy for the duration of the war. Thousands of volunteers, then termed Temporary Reserves, served in picket boats searching for German and Japanese submarines off the coast, often in their own vessels, and were termed the “Corsair Fleet.”

In more recent years, however, the Auxiliary has been held back from national defense and law enforcement missions with the exception of serving as an opposing force in exercises and conducting unarmed waterways patrols.

Nonetheless, Lamb argues that with the current trend towards asymmetric warfare seen in acts of domestic terrorism, and moves afoot to arm both National Guard and DOD recruiters, the Coast Guard should get on board as well.

“Simply stated, the USCG should put the safety of its active duty, reserve and civilian volunteers first,” said Lamb. 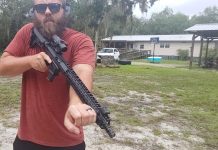 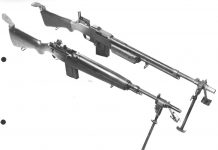