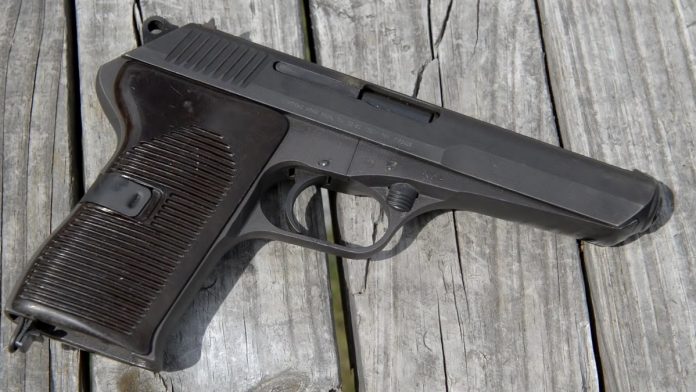 One of the few delayed roller blowback action handguns ever produced, the Czechoslovak military used the CZ 52 as their standard service pistol for decades.

Designed by the brothers Kratochvíl in the early 1950s, some 200,000 of these 1911-sized 7.62x25mm single-stacks were made. While they use a single-action trigger, the short-recoil system is akin to what the Germans used in WWII on the famed MG 42, which isn’t really seen a lot outside of MP5-style sub guns and a few belt-fed designs.

To give the background and some gratuitous range time to the gun, Eric and Chad with IV8888 have a 1954-production CZ 52 with some corrosive Polish military surplus ammo from the same time period to showcase in the above video.

For a look at the Cold War relic’s odd internals, below is Ian McCollum with Forgotten Weapons, should you like to know more.