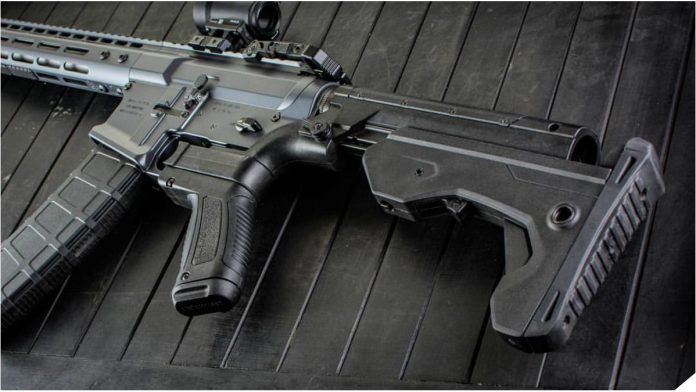 The Texas-based company marketing currently-legal bump stocks is warning that the clock is ticking on the devices.

With a looming federal ban on such stocks set to kick in on March 26, retailer RW Arms said the last day they will ship the accessories to buyers on March 18. Further, all sales are final.

The veteran-owned company picked up the remaining inventory of fellow Lone Star State-based Slide Fire Systems last May after the bump stock maker closed its doors and stopped producing the devices which are soon to be classified as “machineguns” due to a pending regulation.

Last month a federal judge declined to issue a temporary injunction to halt a ban on bump stocks while challenges to the prohibition are heard by the court. A separate lawsuit, backed by Gun Owners of America, had a hearing in a federal district court in Kalamazoo, Michigan on March 6 requesting an injunction on similar grounds.

Meanwhile, newly confirmed U.S. Attorney General William Barr has taken a look at the pending ban, signed by Acting Attorney General Matthew Whitaker on Dec. 18, 2018, and said this week he stands behind it. “Having now familiarized myself with the rulemaking record that was before the Acting Attorney General and having reevaluated those materials without any deference to his earlier decision, I have personally come to the conclusion that it is appropriate to ratify and affirm the final rule as it was published,” said Barr.

Federal regulators estimate that as many as 520,000 bump stocks could be in circulation. The rule set to take effect in two weeks stipulates that owners will have to either destroy their devices or abandon them at an ATF office prior to the effective date under threat of federal weapons charges that carry up to 10 years in prison and $250,000 in fines for each violation. The government has not authorized any form of compensation for either surrendered or destroyed stocks.