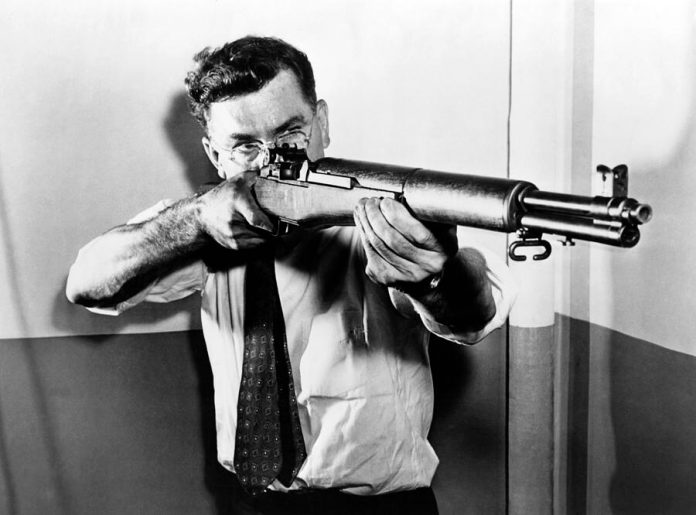 John Garand is mostly known for his famed M1 rifle design. However, he was a prolific designer that was often ahead of his time. He had been designing firearms for quite some time before he developed his namesake rifle. In fact, he developed more than just rifles, and he developed an early semi-automatic blowback system. In the early 1920s, John Garand developed a primer actuated blowback system that’s one of the more odd and rarely used systems of operation.

Specifically, Joh Garand wanted to produce a conversion to create a semi-automatic Springfield M1903. If you’re unfamiliar, the M1903 was a bolt action rifle. It served up into the early years of WW2 and would eventually be replaced by Garand’s M1 rifle. 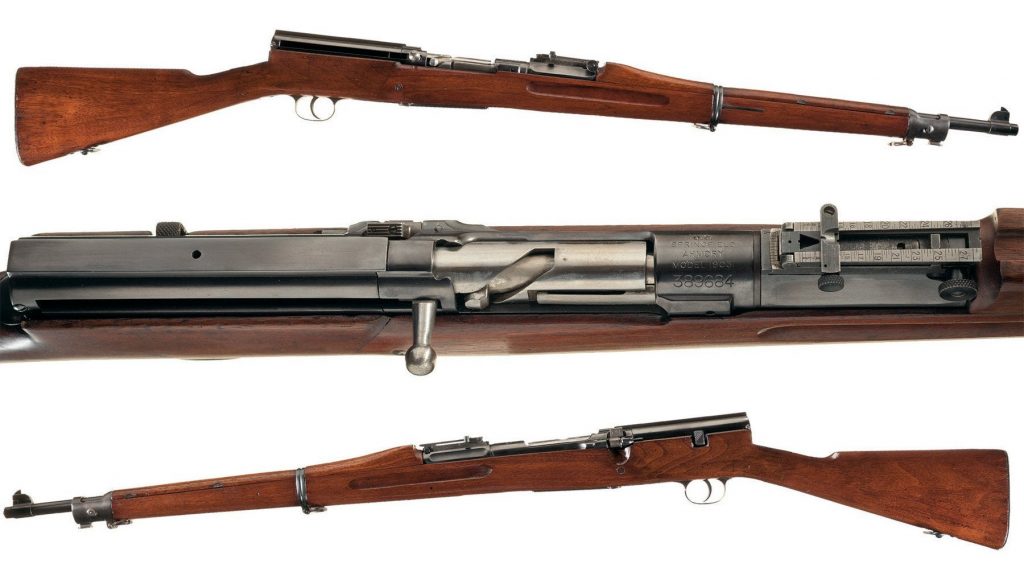 In the 1920s, the idea to convert the M1903 made sense, and it would theoretically save the military money. Wouldn’t it be cheaper to develop a semi-auto conversion rather than build an entirely new firearm?

We need a specific system that can work inside the space offered by the bolt action design. Plus, gas systems weren’t very popular, and there was likely limited room to install one. So a simple blowback system was designed, and that system became the primer actuated blowback system.

Blowback systems utilize the inertia of a firing cartridge to drive the bolt rearward, which will attract and eject the round on its way rearward. A recoil spring or buffer of some type will drive the bolt forward, and it will pick up the next round and load it into the chamber. It’s pretty simple. 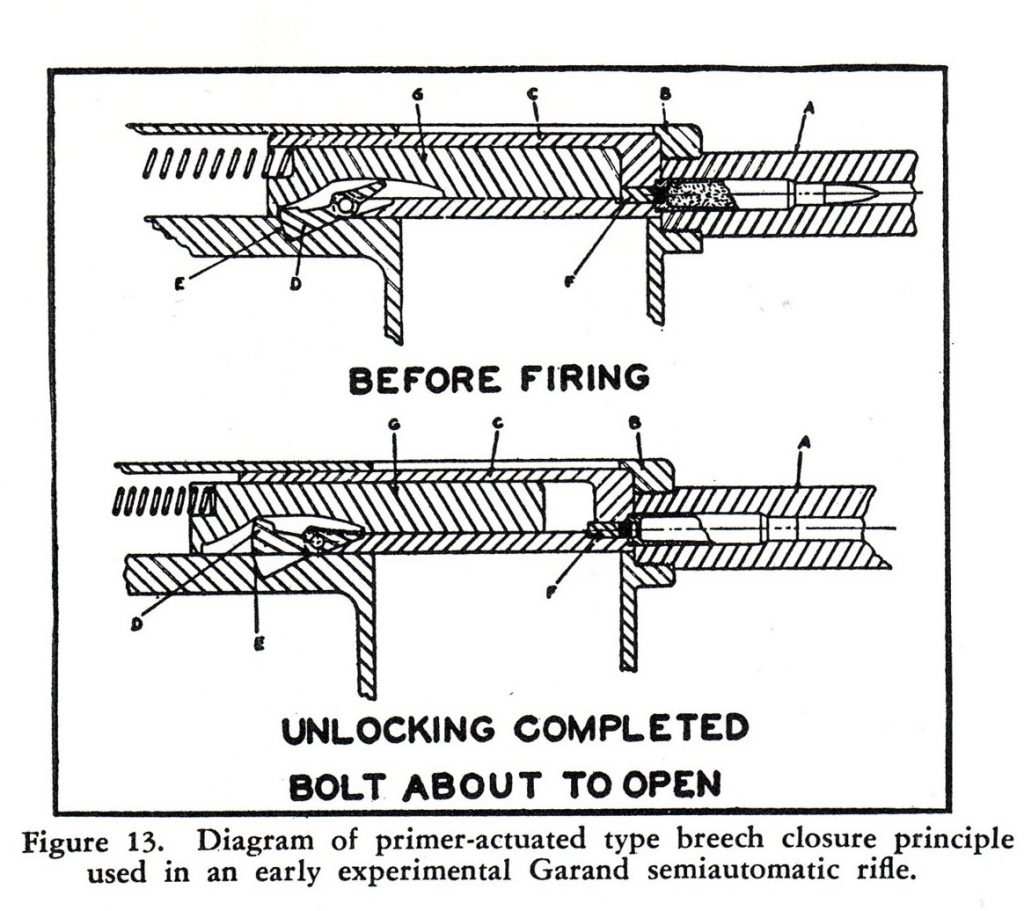 This system allows rifles to use a locked-breech design, and the primer effectively unlocks the bolt and allows the blowback system to operate as a semi-auto rifle reliably. Garands system worked well with the US military’s .30-06 ammunition at the time. This older .30-06 ammo utilized a faster, hotter burning powder. The ammunition required uncrimped primers, though.

While the system worked and showed function as a proof of concept, however, the military soon turned to an improved progressive burning powder that utilized a slower pressure rise. This new ammunition rendered the primer actuated blowback system unreliable. Thus, John Garand decided to abandon the primer actuated blowback system and go with the famed gas system that ended up in the M1 Garand.

Did Primer Actuated Blowback Fade Away?

Primer Actuated blowback systems did fade away quite quickly. It was neat at the time, but better systems came to be, especially for rifles. Somehow the primer actuated blowback system stuck around and appeared here and there as necessary. For example, AAI used the system in the rifle they submitted for the SPIW system, but ultimately it went nowhere.

Later on, the Russians used the system in their own advanced carbine contest, specifically in the Postnikov APT prototype. Again, these systems never went mainstream and never made it beyond the prototype stage. 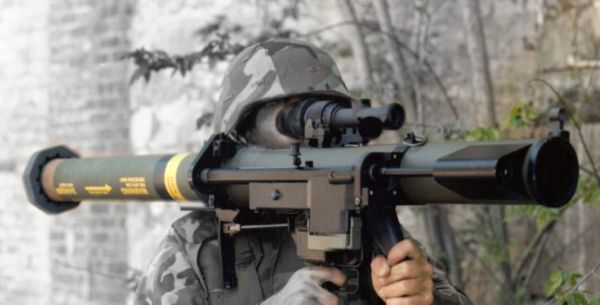 Where the primer actuated blowback did stick around was with spotting rifles for anti-tank weapons. For decades the Marine Corps utilized the Should-launched, Multipurpose Assault Weapon, aka the SMAW. Strapped to the side of the SMAW is a spotting rifle that replicates the rocket’s trajectory.

This oddball spotting rifle uses a necked-up 308 Winchester case that accepts a 9mm tracer projectile. Inside the round sits a 22 Hornet blank cartridge in the place of a primer. When the weapon fires the 22 hornet blank shoots out the back of the case and allows the rifle to unlock and cycle. 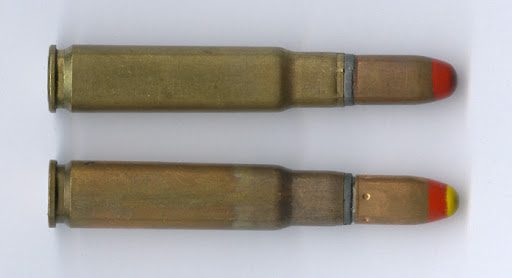 I asked a friend who was an 0351 and carried a SMAW in the Marine Corps how the spotting rifle worked. He looked sad for a moment as if a ton of stress piled onto him at once. “The damn thing never worked. It was basically a bolt action that jammed. It barely ever functioned as a semi-auto rifle. The SMAW was stupid.”

While the M1 Garand was arguably ahead of its time, primer actuated blowback was never set to take off. With gas operation becoming a real possibility, the system was born too late to be effective. While fascinating, the primer actuated blowback never took off. However, it is pretty interesting to see the system and how it functions. It’s certainly a unique method of operation, but unique doesn’t always mean good.