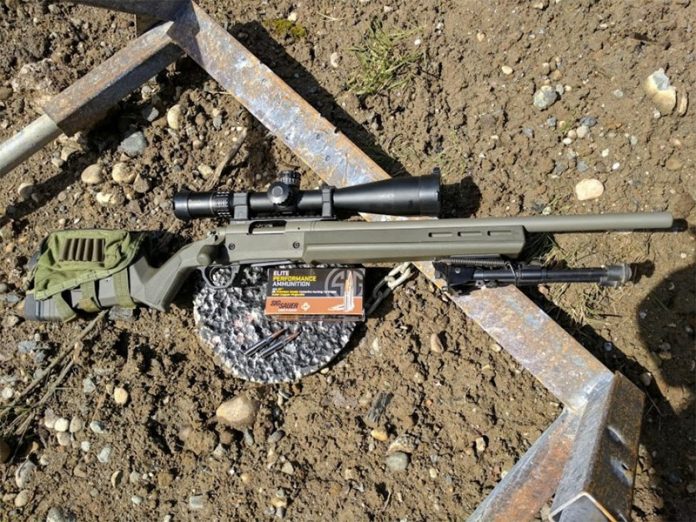 Not much information is given on the effect of rain on a projectile, for what reasons I’m not sure, but understanding projectiles and physics, we can easily determine how rain will affect our shot. The answer to the question is, “Yes and no.”  Rain will affect the bullet as it travels downrange to the target, but only at a certain point in its travel.

I had an in-depth conversation with a naval officer who operated a submarine for several years, and we discussed the effects of water on missiles as they exit the sub while submerged. This discussion gave me an idea of how a bullet may be affected by water particles (rain) to some extent. When the first concept of a submarine-launched missile was proposed in 1955, skeptics said that it would never work. A successful test launch of the Polaris missile from the USS George Washington on July 20, 1960 ushered in the new era of how submarine warfare will be engaged. As the missile is launched from the submarine it releases gases that surround the missile while submerged. The gases prevent the missile from ever actually touching the water surrounding it.

A bullet operates in somewhat the same fashion. As the bullet leaves the barrel, it is traveling at speeds well exceeding that of sound. Being that the bullet is traveling faster than the speed of sound (an excess of Mach 1), it creates a supersonic shock wave around it.

This shockwave surrounding the bullet is the result of air being greatly compressed at the front-most tip of the bullet as it slices through the air. As the bullet moves forward, a broadening wave of compressed air trails out diagonally from the bullet tip. The sides of the bullet create a conical waveform. Being that the bullet has its own protective cone around it, dispersing air in a cone fashion, water particles will never touch the bullet’s surface as it is deflected by the supersonic shockwave.

Snow will act in the same manner as rain, although in snow, the result of lower temperatures must be accounted for.

Nick is a former U.S. Army Ranger with multiple combat deployments to both Iraq and Afghanistan. During his service within the 75th Ranger Regiment, Nicholas served as an Assaulter, Heavy and Light Machine Gunner, and Designated Marksman.