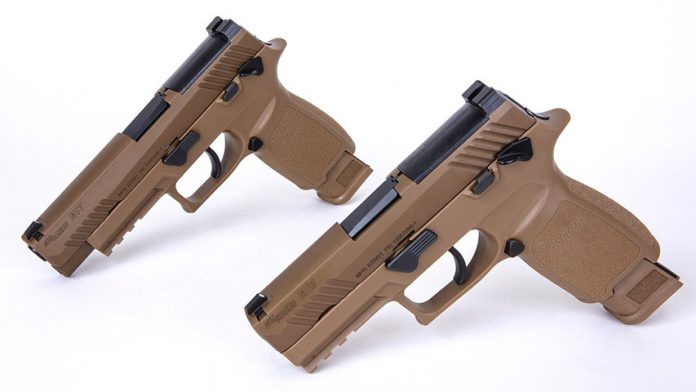 Like the pistol or not, that “out of battery issue” on the gun, is not an issue at all.

Three years after the Army adopted the SIG P320, adding to the guns attraction, we are still seeing videos of customers stating that the gun has out of battery firing issues.

What is pre tension?

What people are seeing on the P320s is that during dry fire the operator will rack the slide. As they pull the trigger they will see the slide move forward going “fully” into battery. Seeing this movement causes the operator to think that the gun was never in battery to begin with. They also think that it fired out of battery, when in all reality, it was in battery before that movement after the trigger is pulled.

Pre tension is basically ensuring a tighter fit between slide and barrel. A lot would say it helps with accuracy due to the tolerance stacking.

If you want nerd out on the inside of the slide, here is a good thread.

I say again, let the gun work as a gun. When dry firing, the pre tension is seen the most due to adding the human factor to it. When operators are riding the slide and not allowing the slide to rack with the same cycling speed it would with a live round going off, it is going to show the pre tensioning aspect more. During normal cycling during firing, and a loaded magazine inserted, you won’t see it.

Whether you agree that it helps with accuracy in pistols or not, stop spreading bad information that the gun is malfunctioning.