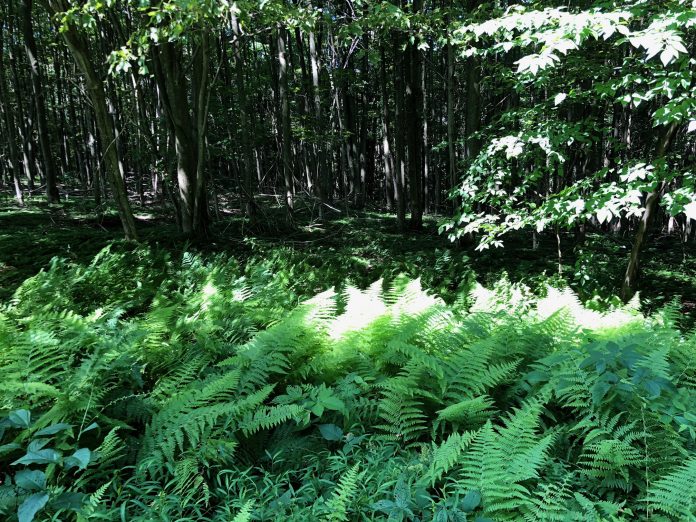 Here we are in August already. I don’t know how this much of the summer has slipped past me already, but I’m ready to start fall hunting prep. THIS year will be the year. At least that’s what I tell myself.

You may recall that the only deer I have ever taken was on the trip to Texas two years ago. I did that with my Aero Precision .308 that I built myself.

Last year with COVID, deer season was almost a lost cause. Travel was “out” as far as I was concerned, and I was too distracted with the medical practice and pandemic gardening to do anything to get ready in the pre-season. I was unprepared when rifle season arrived.

This year I’ve got my licenses for two states lined up and my doe tag applications in the mail. I’ve visited the family property and scoped out a spot for my blind based on what the camera has been telling me for the past year. I’m planning to visit a couple local in-state WMA’s to do the same. I’m also ready to try some new things to increase my chances of filling the freezer with local venison this year.

I wedged a crowbar into my wallet and bought myself a new crossbow last week. Technology has zoomed ahead in the six years since I bought my first one, and I wanted to take advantage of that. I sprang for the Ten Point Havoc RS440. It is shorter and less front-heavy than my existing crossbow, has a nearly silent cocking mechanism, and being a reverse draw design it fits through a smaller blind window than my old one.

I rationalized the money spent because another trip to Texas would have cost me nearly as much, what with hunt registration, airfare, car rental, meat shipping, etc. This way I could spend the same money, get many more hunt days out of it over the course of archery season and use a local meat processor if I have success. I can rationalize almost any purchase if I’m motivated enough!

Although hunting over bait is illegal in the state where the property is, you can feed early in the year as long as all residue is removed 30 days before the start of the season. I’ve got almost a month before the cutoff, so I’m going to throw out some corn and apples next weekend in the cam area to encourage more activity.

There are a couple sunny open-ish areas on the property where I might be able to scatter some no-till food plot seed. What I’m reading indicates that seeding in late summer can provide some tasty fall edibles to draw in more deer where I want them. Unlike tossing out corn and apples, food plots are legal “bait” throughout the year.

I don’t have an ATV or tilling equipment, so it’ll have to be something I can hand rake and scatter, but I’ve been gardening at home for a couple years now, so why not try “gardening” in the open areas on the property? My seed order is in and should arrive this week.

This is another avenue that is foreign to me. My family never used scent, so I have never gone farther than using “de-stink” spray on myself and filling my pockets with apples. I haven’t been eager to use urine lures. Honestly, walking down the scent aisle in the sportsman’s store, I can smell the urine odor leaking through the packaging. Not very appetizing. Things we do to take a deer.

But watching stuff on the interwebs leads me to think that I may try making a mock scrape or two and may try something called a “licking stick”. It doesn’t hurt to try. Never stop learning.

I’ve had the cam up for several years, and I’ve finally got it in a spot where there is regular deer activity all year long, in a location that I think I can stick a blind that is in archery range, that is not close to an access road where trespassers may wander. My camera was vandalized by trespassers – broken open and the card stolen – a few years ago at a different location. “Rage” does not begin to describe my reaction. I think the only reason they didn’t steal the whole camera was because it was cable locked to the tree. Needless to say I moved it deeper into the property after that.

Last weekend I moved the camera within the same area slightly closer to where I want to put the blind. But alas the first pics showed me that I’ve got it too high to look down toward the creek/wash.  *sigh*

It’s good I need to go back up to install the blind and throw seed around. I’d hate to make the five hour round trip just to adjust the camera by a few inches. I know it’s a “first world problem”, but it’s not exactly like walking out my back door. In future I need to pay more attention to details like that “while” I’m there.

I bought a new ground blind two years ago, but never set it up. It’s supposed to be a “two man”, but I want it to be a “one woman” with room to move around. I get the wiggles after a few hours sitting still, and this way I hope to minimize disruption while still being able to get up to pee in a coffee can filled with shredded paper (TMI?), get myself a drink or a [quiet] snack etc. This would lengthen the time I can stand to be in the blind at one stretch.

I even toyed with the idea of getting a larger blind to use as a tent of sorts. My crazy idea was to go into the blind for late afternoon to evening hunting, then after dark I would sleep there and wake up in time for dawn hunting. This would eliminate the need to go crashing through the woods by headlamp trying to find the blind in the dark at 4:30 AM. I’m not sure I would actually do it, but I’m at least thinking about it.

Also for public lands where I can’t put up a bigger blind to leave there for the season, I am going to try a blind-chair that I saw advertised. This is kind of the opposite of the tent blind in size. It’s basically a camp chair with the built-in canopy cover for concealment. It might be a bit of a pain to lug in, but it would be better than hiding under a camo tarp or something for when I want to hunt locally on public lands.

The last thing I need to do to prep for deer season is the most underrated … exercise. I’ve been working outside in the garden for the past year – hauling bags of soil and manure, bending, lifting and hauling water buckets, etc. But I’ve not specifically been working to increase my muscle strength and cardiovascular capacity for dragging a dead deer uphill to my vehicle. Having a mild autoimmune condition has also made my feet, ankles, knees, and wrists hurt more than they did five years ago. All of which means I need to keep moving in order to keep using them.

I suppose since my neighborhood is hilly I need to just start walking the neighborhood again to shed a few pounds and build up my heart and lungs again. Motivation is hard, but maybe if I keep envisioning dragging a deer in my present condition, it will get me off my butt.

So those are my plans for pre-season prep. I hope I can get it all accomplished in the middle of the school physical season at work this month. But if I can do it, I will feel so much better prepared to get myself a local deer this fall. No guarantees ever. Life doesn’t work that way. But if I don’t put in the work, I can hardly expect to reap the rewards, can I?