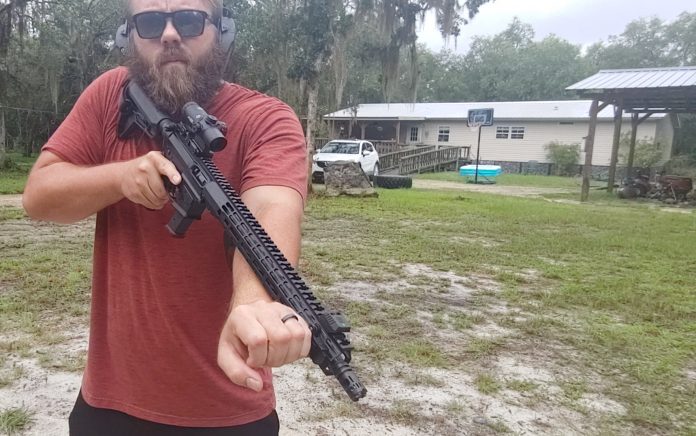 The British SOE helped develop a number of weapons for the British War effort during World War 2. This includes numerous submachine guns. One such gun is the Norm gun. The Norm gun was an interesting design all around, but it never made it past the prototype stage. Part of the Norm gun’s interesting design was the placement of a horizontal grip near the muzzle, and today I wanted to see if this odd setup has any merit.

The Norm Gun was a 9mm, open bolt, blowback operated SMG. The gun fed from a magazine and used an interesting bolt setup. Instead of a bolt with a dust cover like every other SMG at the time, the gun used what is best described as a big pistol slide. The user retracted the slide to ready the gun. This created an ambidextrous design but also exposed the internals to the grit and grime of the world.

The gun was designed by a BSA engineer named Eric Norman, for who it is named after. The gun featured a forward grip on the right-hand side of the gun. The idea was the user placed their hand under the barrel and over to the right side to grip the gun. There isn’t a ton of info on why this was done. I’ve run into passing comments from historical sources saying it was effective but not elaborating on why.

I think because most guns will recoil upward and right for a right-handed shooter. Placing a grip on this side could keep the gun from recoiling upward and to the right.

Today I’ve decided to figure it out.

Sadly, I don’t have a Norm gun, but I have an Aero EPC in 9mm. It’s a PCC and not an SMG, but it does shoot 9mm and uses a direct blowback design. It’s a full-length AR15 upper build kit, and while I have braced pistols that are more or less the same size as the Norm gun, I’m not sure how the ATF feels about side-mounted grips. 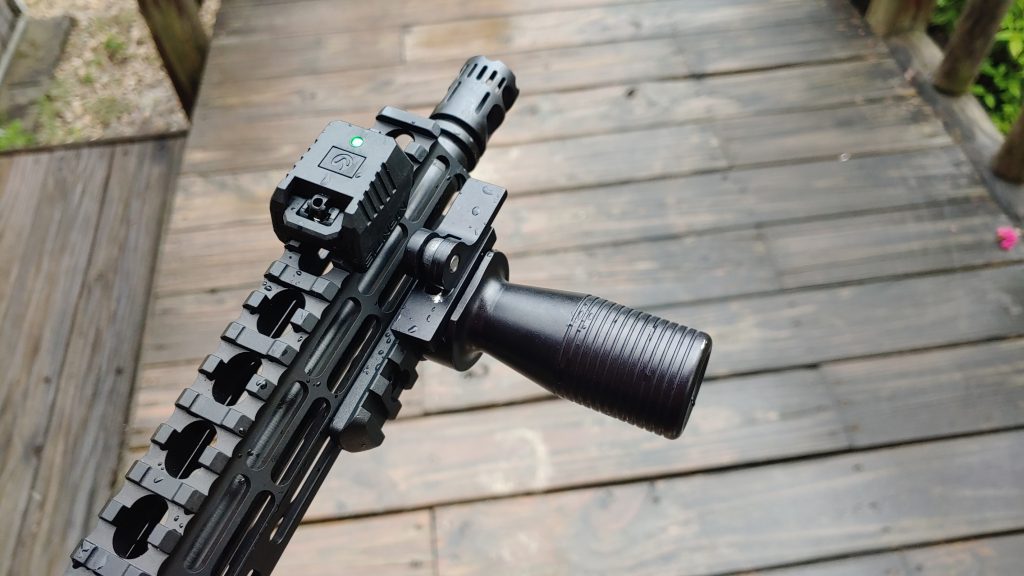 I know they dislike vertical grips, so I figure it’s not worth the risk. For the experiment, I set up an Ergo grip on the side as close to the muzzle as I could. I mounted it to a rail and then to the gun, but Ergo have an M-LOK direct model. It’s one of the better accessories out there. I also placed a Mantis X10 device to measure recoil and muzzle rise and measure the difference with the Norm gun style grip.

I used standard 115-grain FMJs and shot both traditionally and with the Norm Grip gun using the Mantis to measure muzzle rise. I started with a standard grip to get a baseline and fire five rounds slowly. Between shots, I examined the Mantis and took note. Next, I fired five rounds rapidly using a standard grip.

Next, I assumed the Norm Gun grip and fired five rounds slowly, followed by five rounds fired rapidly to see if I could feel a difference. I can’t say I felt much of a difference. The biggest difference in using this style of grip was the awkward nature of it.

The Mantis doesn’t lie, and there was no major difference between using a standard grip and the Norm Gun technique. Maybe this technique worked well with full auto fire from the hip. The assault position was a thing, and that encouraged firing from the hip.

I didn’t have any kind of hope I would rediscover some crazy forgotten technique for recoil control. However, it was still a fun experiment. I’d love to try this with a real SMG, but I think since the Norm Gun is the only gun to ever feature, this style of grip might be telling enough.

Sadly, this odd placement of grip didn’t do much beyond making the gun extremely awkward. Stay tuned because this has me looking for more weird weapon setups and experiments from the past to take to the range.