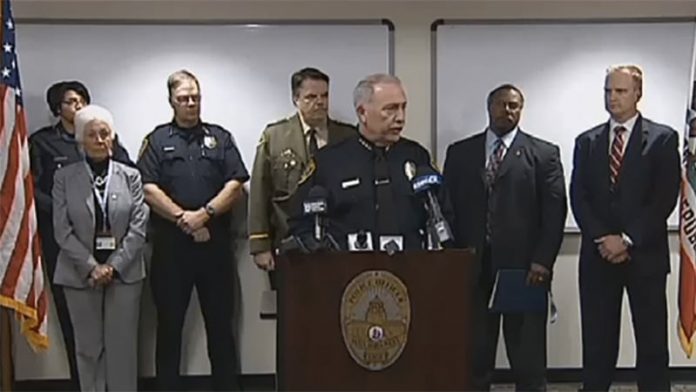 The Santa Maria Police Department is facing some heat after it was discovered that a press release put out by the department in February was completely fake. But the Police chief said he did it to save lives, it worked, and he’d do it all over again.

Authorities learned that cousins Jose Santos Melendez and Jose Marino Melendez had been put on a hit list by the MS-13 gang and, already facing one of the city’s deadliest months, the department decided to take an unconventional step to protect the men and nab a few other gang members in the process.

The department put out a fake press release saying that the men had been arrested when, in fact, they were placed in protective custody.

Santa Maria Police Chief Ralph Martin noted that the fake news release effectively protected the men without alerting the gang to the fact that they were being watched by authorities. In addition to saving the men’s lives, the fake news release also allowed the department to continue their surveillance on the gang for another three weeks.

During that time, authorities gathered enough evidence to arrest 17 gang members on 10 murder charges, as well as for plotting to kill eight others, including the Melendez cousins.

Despite backlash from the media, Martin stands behind the department’s decision to issue the fake news release.