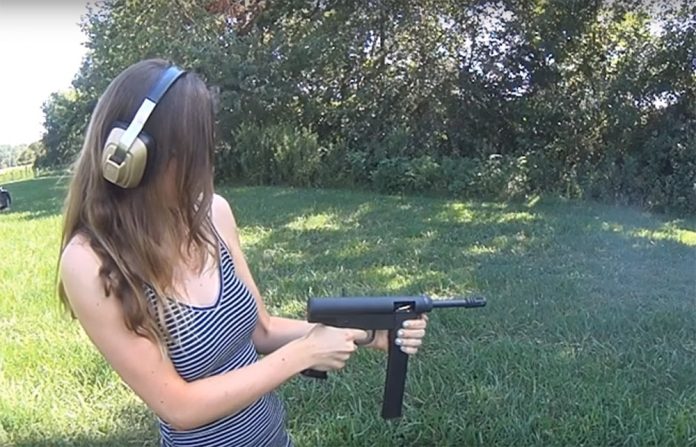 Royal Nonesuch as gotten his homemade 9mm semi-auto Grease Gun homage to the stage that he is test firing.

The closed-bolt blowback-action RN/GG “RN-9” uses 9mm Glock mags, which are about the easiest parabellum sticks out there these days and, as with many of his projects, he got a tad bit of help from Mark Serbu in the form of a trigger group.

In the end, no parts fly off, though it does seem to only get 2-3 shots off between mean failures, but hey, it’s a homemade gun on the first time out at the range besides a safety test fire and he’s rocking some Tula import stuff, so there’s that.

Would you like to know more? Below are a couple of build videos where he talks more about the process, complete with lots of Hawaiian shirts and Serbu cameos (who brings a Title II DIY Grease Gun of his own out  to play).