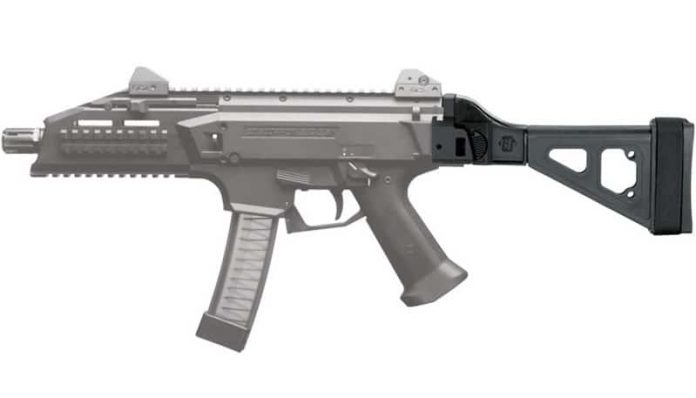 Breaking news from SB Tactical, according to SB tactical they received a letter from the ATF reversing their previous decision on shouldering stabilizing braces of any kind. It wasn’t long ago the ATF flipped the switch and declared shouldering a stabilizing brace a redesign of a weapon, turning it into a short barreled rifle, and making it subject to NFA regulations. This is huge news for those who own or are looking to own a brace. I know for sure I’m buying one for my Mossberg 590 Shockwave firearm. Here is the ATF in their own words.

You can read the complete ATF letter for yourself right HERE

“an NFA firearm has not necessarily been made when the device is not reconfigured for use as a shoulder stock – even if the attached firearm happens to be fired from the shoulder. To the extent that the January 2015 Open Letter implied or has been construed to hold that incidental, sporadic, or situational “use” of an arm-brace (in its original approved configuration) equipped firearm from a firing position at or near the shoulder was sufficient to constitute “redesign,” such interpretations are incorrect and not consistent with ATF’s interpretation of the statute or the manner in which it has historically been enforced.”

I gotta give it up to SB Tactical and their endless pursuit of this topic. Stabilizing braces have been quite controversial, and it’s good to see the ATF has seen the light. How long have they seen the light? Who knows, this agency did make shoe strings machine guns once. However, as of now, this is a pretty big deal for those of us who own, or are looking to own Stabilizing braces.

All Photos Courtesy of SB Tactical