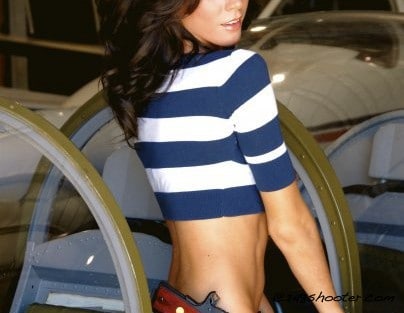 In our last article we went over some of the things you want to consider when picking the right carry gun for you. We will expand on this further in this article. The main topics of discussion in this article will be the various types of firing mechanisms and how that affects your decision as well as the differences between semi automatics and revolvers.
We will begin with Semi-Automatics and revolvers.

These are examples of Semi-automatic or semi-auto’s.

Some of the common attributes to a semi-auto handguns is that the ammunition is contained in a magazine that usually fits into the handle of the gun. The ammunition is then fired from either a hammer or striker. When the gun is fired the pressure forces a slide to move either forward or back (most often back) ejecting the spent cartridge. A new bullet is then slides up and as the slide moves back forward the bullet will slide into the chamber. This allows the gun to fire each time the trigger is pulled without having to cock it again.

Semi-automatics come in many different types of triggers as well. These are the most common:

DAO = Double action only is when the trigger will both prime the hammer or primer for firing and fire it. This is a long pull with a weight of pull usually inexcess of 7lbs of pressure. It is how almost all revolvers work and is considered one of the safest triggers as the likely hood of an accidental discharge is limited.

SAO = Single action only is when the gun can only be fired with the hammer or striker in the ready to fire position. 1911 semi automatics are a prime example of this. The hammer needs to be pulled back either manually or by racking the slide back. Pulling the trigger withe the hammer all the way down will not allow you to fire the gun. The result is an often shorter and lighter pull of the trigger to fire. This created a faster follow up shot as well as in most cases increased accuracy as less squeezing is needed to fire the gun. Trigger weights can vary but this is often in the 3-6 lb range SA/DA = Single action and double action is when the gun can fire  either way. Usually this is done to cause the first shot to be a long and heavier pull while subsequent shots are a shorter lighter pull. People choose this for several reasons but safety is the most common. Some gun owners like the ability to pull the trigger regardless of the state and be able to fire the gun. Others find that walking around with a gun that is cocked in the ready to fire position is disconcerting. For these people the SA/DA trigger is a wonderful compromise.

Striker = Is not really a trigger type as much as a firing mechanism. However do to the way it works it will affect your trigger pull. Glock is an example of a striker fired pistol. The gun can only be cocked by pulling the slide back. There is no external hammer that can be pulled back or that will be exposed during a trigger pull. Trigger pulls for striker fired guns are typically in the 5 to 8lb range without modification. There are modifications that can be made to reduce them to 3.5lbs or even less.  The disadvantage to striker fire is that if the round fails to fire you will need to rack the slide in order to get another chance to fire. This is not an issue imho due to the fact if the cartridge does not fire you most likely have a bad primer and should eject the cartridge anyway. In cases of a bad primer the only gun that has a clear advantage is the revolver.
Advantages:

Revolvers are older and simpler. Here is some examples of revolvers.

Revolvers do not utilise a magazine instead they have a cylinder that rotates. This allows for less chances of jams or miss fires then a semi automatic but limits the amount of ammunition that can be loaded into the weapon. Modern day revolvers are considered DOA or Double Action only. This eludes to 2 different actions being taken when you pull the trigger. The initial part of the trigger pull will rotate the barrel and bring the hammer back. Once the barrel is in place and the hammer is back the remainder of the trigger action will bring the hammer down and fire the pistol.
Advantages:

Picking a carry gun can be the most important decision you make. Where on your body you intend to carry the gun and your ability to practice and handle yourself  under pressure become major factors in making this decision.

If for example you will not practice with your gun and you get flustered under stress I would advise you don’t buy a gun. If you choose to buy one anyway then a revolver might be best for you. With no external safeties (in most cases) a DAO trigger and no magazines means point and shoot. There is 3 common area’s to carry a gun on your body and then several variations of each. We will have an entire article on picking the right carry spot and holster but we will offer a high level overview here. The 3 areas are shoulder, hip and ankle. Women have one additional point of carry and that is in the bra. Of the options shoulder is the least used, mainly due to requiring a jacket to be worn for concealment  However in cold climates like Michigan or when needing to wear a suit or tuxedo it is a useful option. Hip carry is by far the most common offering 2 types of carry in multiple locations around your hip.  Either IWB (inside your waist band) or OWB (outside your waist band), pocket carry and  I do not count what is referred to as Mexican carry as imho it is an irresponsible method of carry.  The last spot is the ancle holster that can be inside ancle on your non dominant side or outside ankle of your dominent side.

Many people keep what is called a “New York Reload” this is an additional backup gun. Often pulling a second gun is faster then reloading, also since guns can jam or may be taken from you a backup gun is often a good option. Many times this is on the inside ancle on your non dominant side, so for a right handed person it would be your inside left ankle. This is often a revolver  as they are easier to clean and that position is prone to picking up dirt. Another reason for this being a revolver is the fact that this is a backup and as such you may be in a limited capacity at this point such as shot in your primary arm. As such having a simple DOA pull that is point and shoot capable is an advantage.

In most cases if you are either looking to either IWB (inside your waist band) or OWB (outside your waist band) carry your better off with a semi automatic. The slimmer profile is easier to conceal, you will have more ammunition and faster reload time. The ammunition finickiness that can be associated with semi-autos is something you can test at the range and is often not an issue with defense rounds. If external safeties is a concern under pressure, several guns utilise a trigger safety with no manual safety, a notable example of this is the Glock line of guns. With proper training, practice and knowing your weapon any of the limitations of a semi automatic can be overcome.
Things you will want to practice:

Both semi automatic and revolver will work. There is a reason that manufacturers still make revolvers and a reason why they are still selling. don’t  count revolvers out as old technology look at them ans an enduring technology that still has a place in a world that has moved to semi-automatics as the norm.
The next major deciding factor in a carry gun is size. This is a sample of the Glock and HK family of sizes.

From Largest to smallest:
Match = Typically used for competition shooting often a 6 inch barrel very difficult to carry.
Standard = A 5 inch or larger barrel usually for a home defense and in most cases not ideal for cary unless you have a larger frame.
Tactical or Compact (Glock) = Slightly smaller then a standard in both grip and barrel length. This is often carried.

Subcompact = This would be a 4 inch barrel or smaller with a limited amount of rounds usually 6-8 depending on caliber. This is carried by many civilians as a primary carry weapon and as a secondary weapon for police officers. Sub compacts are the current fastest selling size of guns due to the ability to offer deep concealment, low price, and an increasing desire to carry every day by men and women. These guns are just as powerful as the larger versions as close range and limited ammunition capacity can be overcome by carrying another magazine. Glock even allows the sub compact version of their guns to accept any of the larger sized magazines from the same caliber.

Before you pick anything else, pick a trigger. I have found this method to work better then the typical advice of hold all the guns and pick the one that feels right. What I personally found when not paying attention to the trigger from the beginning was a gun that felt great in my hand but shot like crap for me. Personally long DOA triggers cause me to either jerk the trigger or over squeeze the result is I am off target. My good friend however is the exact opposite short SAO trigger pulls make him nervous and he jerks them due to him being used to long pulls. The only way to pick the right trigger for you is either borrow some different guns or rent them at a local range. Target sports on Woodward in Berkley or on Orchard Lake in Keego Harbor have a large selection of different types of pistols with various trigger styles. Once you pick the right trigger for you then try out all the different styles of gun to see what fits in your hand.

Take your size into account when picking a weapon as well. A larger framed person might be able to conceal a 5 inch 1911 without an issue. Others may have trouble even concealing a sub compact. Make sure that the gun you pick in the location you intend to wear it is accessible to you, comfortable and properly concealed. It is more important to have a gun when you need it then it is to buy a gun you never carry because it is uncomfortable. We will go into holsters and methods of carry that will help with this but having the right gun for you from the start is going to be a huge advantage.
There is no “right” gun there is only the right or wrong gun for you. When looking at advice from others shy away from those that say you need a specific brand or style. Take more from those that offer you more general advice based on your specific needs. Don’t be shy to go on various gun owner forums and ask questions or post in the comments below. If you go to our Facebook page we will be happy to answer questions or direct you to those that know better then us. Most importantly have fun and try lots of things before you buy, this way you will be happier with what you finally decide on. 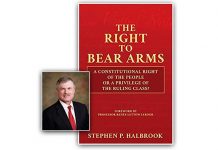 Review: ‘The Right to Bear Arms’ by Stephen Halbrook