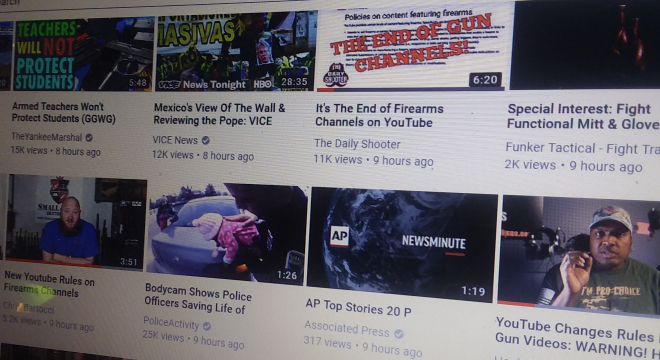 A new policy modification on how the video-sharing giant monitors certain content featuring guns has some feeling the pressure.

The new rules, announced Tuesday, include making it clear that YouTube will not host videos highlighting guns or some accessories such as bump stocks or magazines capable of holding more than 30 rounds for private sale by individuals. The Google subsidiary also said it won’t allow clips on manufacturing ammunition, guns, or suppressors or how to install or modify certain accessories.

“Their discriminatory policy would make at least half of the videos that I have produced prohibited,” notes The VSO Gun Channel, which as of Tuesday had 129,000 subscribers. Others, such as the suppressor-heavy NFA Review Channel, warned the policy would “effectively shut down all gun pages.” The sentiment was echoed by popular channels such as AKOU, Hank Strange, MAC, Tactical_SHT, The Daily Shooter, and The Gun Collective.

Spike’s Tactical posted that their channel was suspended Tuesday but did not elaborate if it was because of the pending new policy.

Some of the more academic firearms bloggers that like to stay out of gun politics such as Chris Bartocci stressed the changes may not be as ominous as they seem while IV8888 among others said they are “in ongoing conversations with YouTube to seek clarification on the new standards” which take effect in 30 days.

Meanwhile, Karl of InRangeTV — known to be outspoken when it comes to the sometimes stormy intersection of social media and gun culture — hit on the novel concept of potential YouTube gun community refugees uploading videos to adult sites, a move that others could possibly follow. 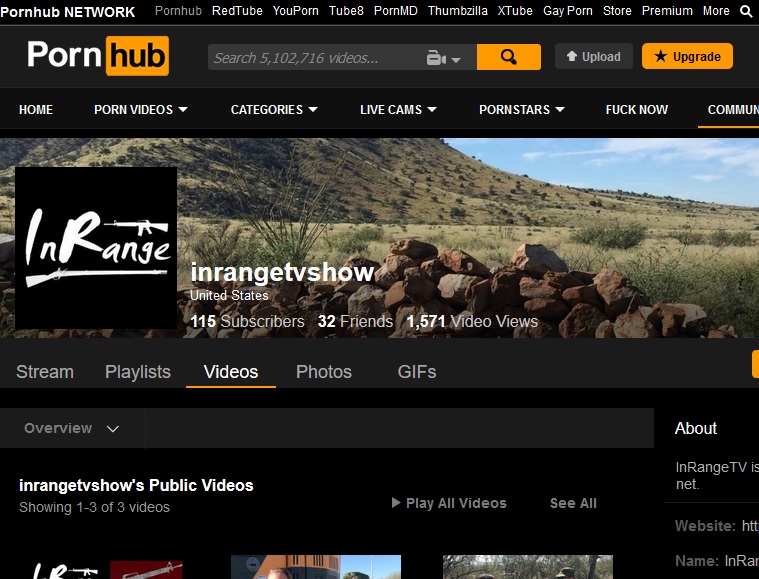 Yup, InRange is giving new meaning to the use of “magnums” over at PH. (Photo: Screenshot)