On Thursday, to the surprise of no one, Dianne Feinstein, the one trick pony of California politics, introduced her new Assault Weapons Ban. This, while two different versions of background check legislation float to and fro.

The way things are going with threats of even more felony-level firearms restrictions, I’m wondering when we reach a point of “Peak Felony”? Remember how people used to talk about “Peak Oil”? Well this would be “Peak Felony” – when the maximum number of otherwise lawful citizens become overnight felons by legislation or felons by non-compliance.

I’m no lawyer, and I don’t play one on TV, but it seems to me that after a certain number of felonies, the threat of more just doesn’t seem to be a deterrent anymore. You know – kinda like with criminals?

I’m a physician. One felony conviction will lose me my license to practice. So if possession of one 30-round magazine accidentally in the State of New Jersey destroys my life and livelihood, will possessing twenty of them make me even MORE imprisoned and unemployable? What if for the sake of argument I also happened to own a bump stock or two?  How about some “assault weapons” for good measure? How felonious can an overbearing government MAKE a mild mannered pediatrician? Just asking – that wasn’t a dare, really.

When everything to do with firearms is a felony, why care about one more? Why care about the law at all?  Is the criminal penalty even a deterrent anymore when they’ve made a mockery of it all? The existing criminals don’t seem deterred, so will most freedom-loving citizens even bat an eye when the rubber really hits the road?

The manipulators in government CREATE felons out of thin air, and usually not just once. EVERY object that they don’t like becomes a felony – whether it’s a piece of a firearm or an accessory for a firearm or even defensive rounds to put into a firearm. The felonies rack up like the meter on a gas pump. Soon it’s hard to tell in which state (or county or city) you’re a normal citizen and in which ones you are a dangerous criminal. Don’t blink on the interstate. One wrong exit could have you white-knuckle driving through a prohibited city. 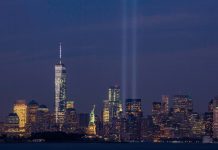 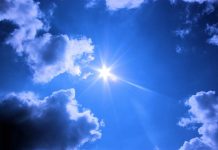 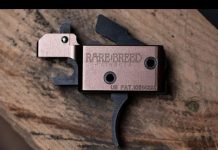 Did you hear someone FRT?