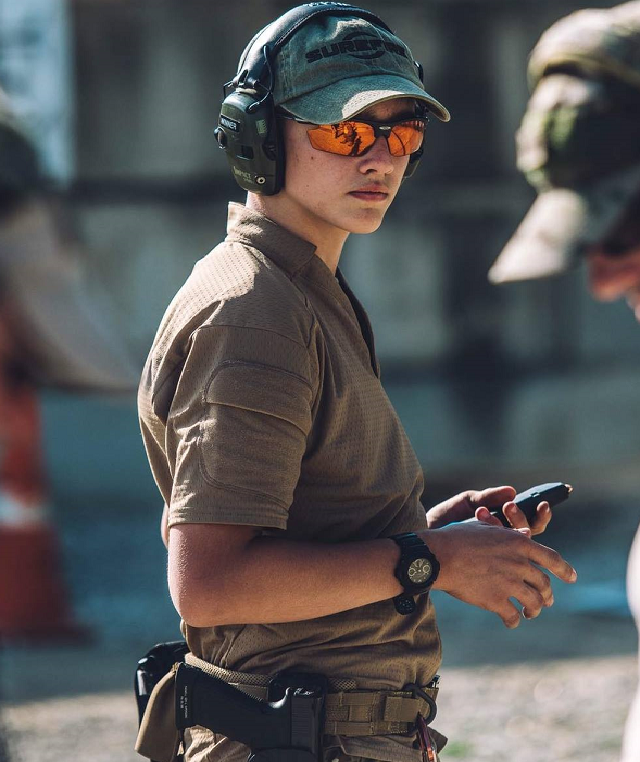 One of the things that scares me most about my life in this community is not being able to pay forward all that I have received. That I won’t be able to put in as much as I have taken out. That the phrase, “just pay it forward later,” I’ve been trying to piece together for the last three years will forever be prevalent. I will never be able to pay it all forward, because I have received a LOT over the years.

“Just pay it forward later”. It’s taken me about 3 years to finally start to grasp this concept. Which when you think about it, that means I was 13 the first time someone told me to pay it forward later. That also means I was just 13 the first time somebody in this industry helped me out. Through these last 3 years I have only grown and expanded my reach… which means catching more attention. This also means more help. Which means a lot of paying up to do. I’m not complaining, I am super thankful for all that I have received, but I’m also conscious of it too. I think that’s a good thing.

When I was but a wee little lad I thought “later” meant when I was 40 or something. But to my surprise it turns out “later” really means anytime that’s not this second. Paying it forward means helping someone else out, like someone had done for you. For example: It’s showing Sally how to safely handle a firearm, helping little Billy out with some gear to start his journey into the world of shooting, or just being a good American and EDUCATING someone about the 2nd Amendment. Repaying the kindness of others to someone else… There’s a million ways to pay forward the opportunities or materials afforded to you. It’s about capitalizing on those opportunities when you are in the position to do so.

If you know the circle of friends and associates I keep, you can understand how it often feels like I’m walking amongst giants. These giants have helped me, giving me resources, advice, and knowledge to make me a better shooter as well as a better person. How am I supposed to live up to their expectations of me? How am I supposed to pay back all that these folks have given to me? Carefully… or not? And therein lies the challenge. I don’t have a solid answer for you, but I can certainly try.

Throughout my short life, I have found that I dislike handouts. As my dad so eloquently put it, I have “a natural allergy to handouts”. Fun little side story that’s totally related, my disdain for handouts is how the JWSS T-Shirt brand got started. When I was just starting out in this world of shooting I started a Go-Fund-Me to help pay for registrations, ammo, and travel costs. The problem I always had was that I didn’t want to promote the GFM and thus be asking for money. So in response to my allergy, I designed some T-Shirts, because at least with a T-Shirt you receive something in return for your investment in me. I felt waaay more comfortable promoting for T-Shirt sales than my GFM. I no longer felt like I am taking without giving (especially because my T-Shirts are pretty freaking cool)

This article comes from a conversation I had with my dad about why I find it so difficult to ask for things. I feel like every time you take out of the jar of life, you must put something back in; this is one of the principals I have ingrained in my life. That life is a give and take. So when I ask for something I feel like I’m taking something out, and I fear that I will never be able to put in as much as I have taken out. Just like paying it forward… How do you give more than you take?

From what I’ve heard and what I’ve somewhat seen, taking out more than you put in is a problem in this industry. I’ve heard plenty of horror stories of “influencers” and “good guys” taking out of that jar, more and more, until the jar is empty. They take a little here and there until they’ve ruined not only their own reputation, but a good thing for plenty of other people too. I don’t want to be that guy.

When the opportunity arises, just take a few minutes out of your day to pay forward what you have received, and I’ll try to do the same.

This industry, or better yet this country and world if you really want to get into it, would be so much better off if everybody saw how screwed up it is to take more than you give.

To be clear, I’m not talking about just freebies either, I’m talking about the “good guy discount”… taking without giving back.  I’ve had a lot of folks that I’ve met, offer me “Industry Guy” pricing on various things. Items that I both want and need. But I’m hesitant to take folks up on their offers.  I don’t want to be the guy that asks for too much, or ruins a good thing for others.

For example, I want to rebuild my training class rifle.  My competition rifle is a Midwest Industries and it’s perfect, but my tactical rifle is a Franken Gun that we put together when I first got into 3-Gun.  I have a long list of wants and needs for the rebuild, but how to go about taking people up on their offers is a challenge for me.

How do I say “Hey Bob, you said to contact you if I needed _______?” That just seems like a tenuous way to maintain a relationship, you know what I mean? Even if I was a “somebody” in this industry I’d still feel bad about that email or phone call because there’s no way of knowing whether or not they are getting the proper return on hooking me up. A proper return on their “investment” in me. That’s what it is too, an investment, and if someone hooks you up it’s your job to make good on that investment.

I’m no whizzbang shooting star and I’m not a leader of the social media world, I’m just Jase.  I’m just a dude who genuinely appreciates those who have helped me get where I am, the friendships and contacts I’ve made along the way.  Trying to navigate how/when/why to reach out to any of my contacts is a conundrum. It’s a challenge we must each figure out, not just in the Industry, but in life.

At the end of the day, I know I’ve got some phone calls and emails that need to happen.  I just hope there is enough balance in the give and take, that I can feel good about it and those who have offered me the hand of friendship and support.

In conclusion, Pay It Forward and don’t take more than you give. Do the right thing and try to put in just as much, if not more, as you have taken out. Always be thankful for what you have, and above all, don’t be the douchebag that empties the jar, no one likes you, because you’re a douchebag. The shooting/firearms/equipment industry isn’t a bottomless pit of freebies, or deeply discounted good guy pricing.  Those things all cost money, money that comes out of a company’s bottom line if it isn’t coming out of a consumers pocket. As patrons of the industry it is our place to support these companies, and emptying their jar isn’t the way to do it. We all need to find those moments in our lives when we can pay it forward and capitalize on our good fortune to help others… It’s part of being a good person!

Now in the meantime before the next article here’s a list of things to do:

Until my next moment of introspective brilliance,