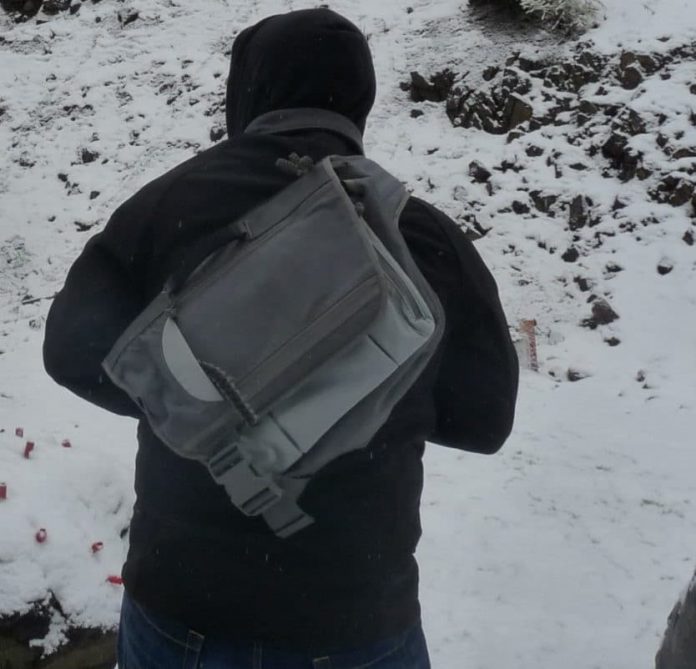 Running from one booth to another at SHOT show felt a bit like being in a room full of golden treasure, but only being allowed to pick three items.  Appointments don’t leave a lot of time for free roaming, but now and then I found myself with a few minutes to spare.  Such was the afternoon I was running by Pantac USA’s booth.  I saw Jason standing by, ready to demonstrate the Slingshot bag.  I checked my watch and told him I had time for the 1-minute pitch.  After seeing what it was and what it did, I needed to get my hands on one for T&E.  I’ve had my hands on one for a while now, here’s what I think.

The Slingshot is a messenger style single-strap sling bag, with compartments for both an armor plate and a concealed pistol.  The armor pocket is listed at 10″x 12″, but I was able to fit my 10″ x 13″ Crye Precision soft armor plate that came in the premium Crate Club in either the armor pocket or interior laptop pocket.  The quick-draw pistol compartment is designed for handguns that will fit in a 9″ x 6″ box, though it states on Pantac’s website larger guns (such as a Desert Eagle) will fit, though at a significant speed penalty when drawing.  Of course there’s plenty of space for the less fun items as well, with a large main compartment and an internal organizer for the smaller items. 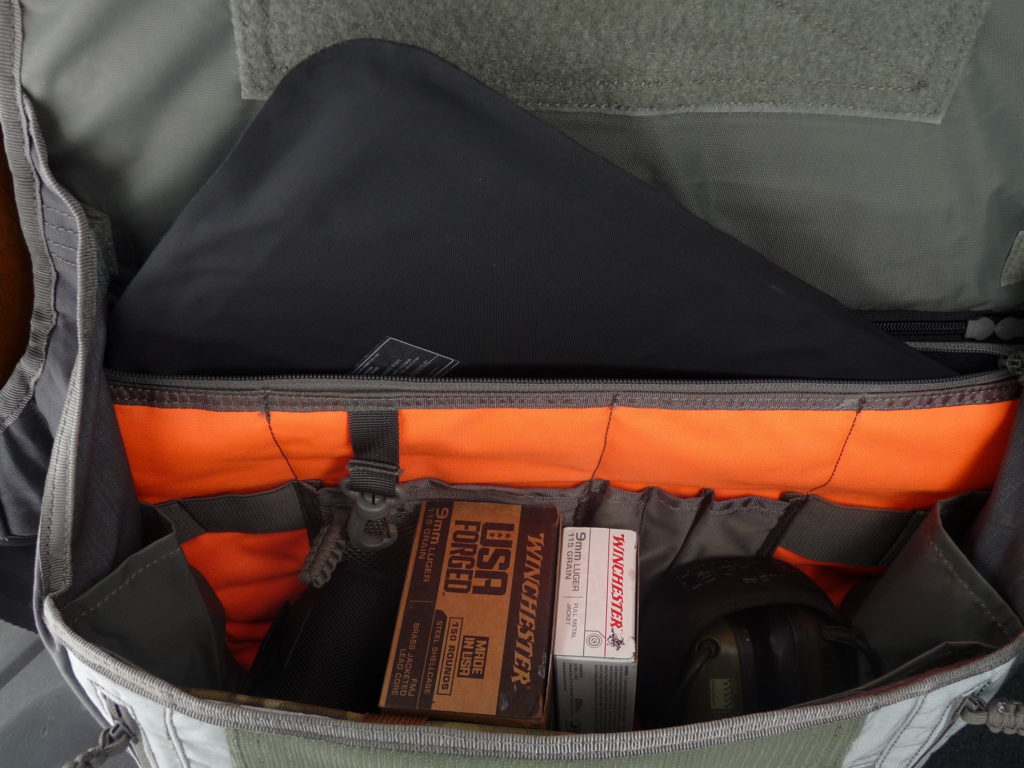 The beauty here isn’t just having pockets for an armor insert and a handgun, it’s how the Slingshot transforms into both a quick-draw holster and a front plate carrier.

Simply rotate the bag around front while cinching the strap, 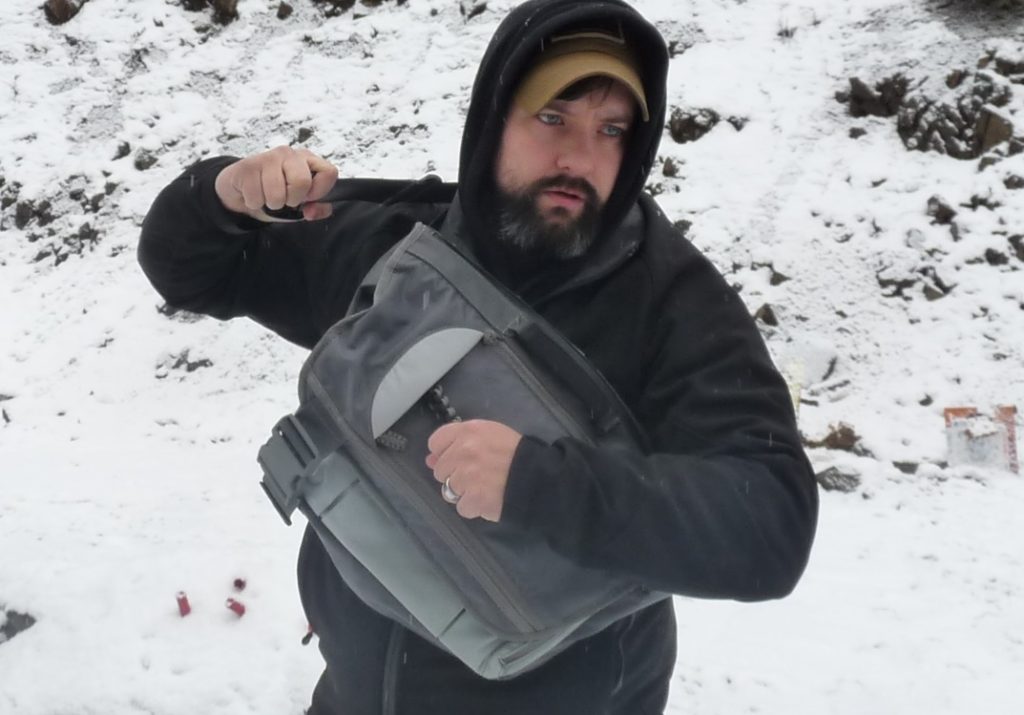 place your right hand flat on the upper front of the bag while ripping down and out on the pull cord, 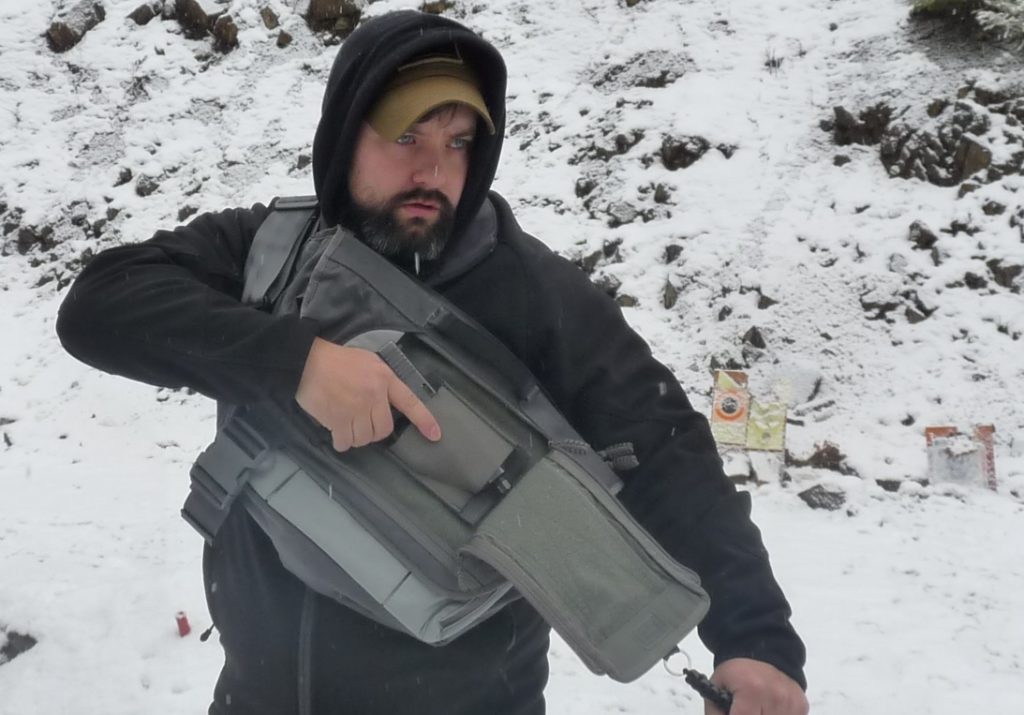 and now you’re ready to draw and engage.

Shooting and moving with the Slingshot tightened around my torso didn’t hamper me in any significant way.  Having a 10″ x 13″ plate across my chest in the event of a gunfight might just prove to be priceless.  While the included holster is sufficient for my needs (with or without a light attached to the rail), the unit can simply be pulled off its velcro backing and replaced.

The Pantac PDG Slingshot will find it’s greatest use for me in hot weather. I dress down when it’s remotely sunny out so carrying concealed is a challenge.  I like this bag and its discreet method of carry.  Being the “gray man” is a lot easier when you’re not kitted out with tactical coyote tan gear in the middle of a city.  The Slingshot carries comfortably when loaded down and still spins into position in a hurry.  I think this is a well constructed bag, with a versatile design.  The featured quick draw/front plate carrier transformation functions very well and keeps your defensive handgun well concealed until you need it.  Check it out!

I’m happy I was able to spare a minute when running around overwhelmed at SHOT show, and grateful to Jason at Pantac for providing a test unit.