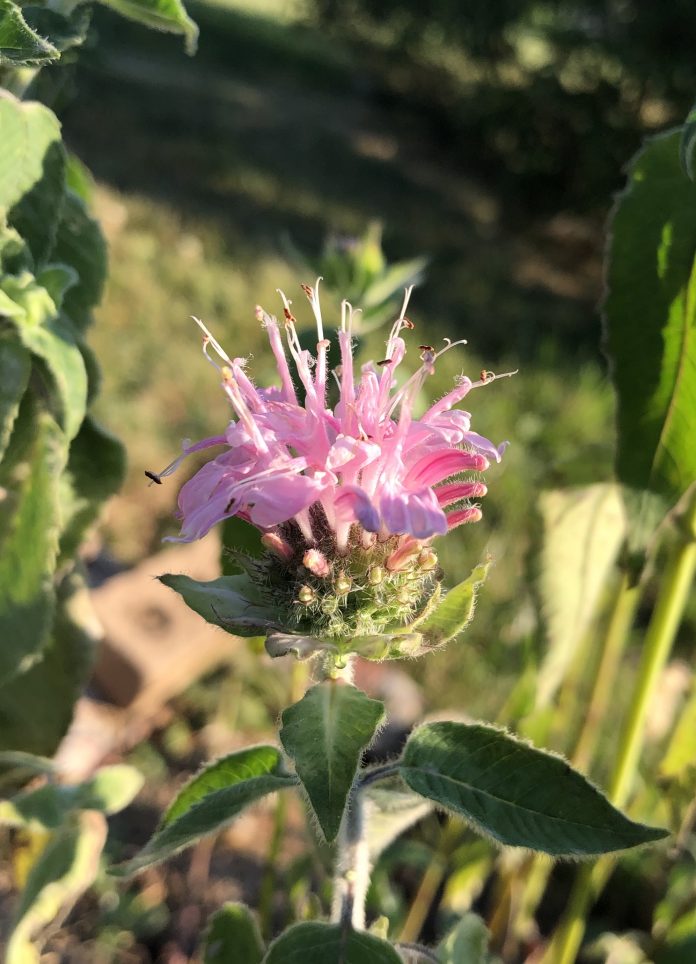 Continuing with the gardening theme, I would be remiss if I didn’t include an article on herbs in this pandemic garden series. I have so far only grown herbs for culinary purposes, but several of these also have purported “medicinal” properties. If you are planting for the Apocalypse you may want to consider an herbal plot for both kitchen and medicinal use.

If I’m going to talk about “medicinal” properties of plants, bear in mind that a lot of this is “traditional” medicine and has not been supported by double-blind placebo controlled trials, nor even screened for safety. Thus, I hesitate to “recommend” any of this with an MD after my name.

Add to that the very nebulousness of most herbal medicine claims. I own several books about foraging and growing medicinal plants, and they are filled with poorly-defined terms such as “detoxify” and “supports”. As a scientist by nature I am bothered by the lack of precision and true research.

That said, my feeling is that if you can eat it as a food, then it “should” be safe to try some teas, topical poultices etc from the same edible portions of the same plants. That’s as far as I’m going to go with this, and as always, proceed at your own risk. If you have a genuine medical problem you need to consult your own physician. Bear in mind that  “All natural” does not necessarily mean “nontoxic”. And even Tylenol can be toxic to your liver and even kill you if taken in too large doses. We are all adults here and responsible for our own choices.

Several years ago I decided to see if I could grow my own. I had seeds I bought as souvenirs of my visit to Thomas Jefferson’s Monticello. Apparently lavender can be tricky to grow from seed, but based on a couple videos, I refrigerated it for a few weeks first, and then it germinated – tada!

It grew in my window in peanut butter jars until early summer and then I transplanted it outside. Three years later I have a lovely section of lavender in my flower bed and it even needs to be thinned and spread out a little at this point. It has thrived and I am so pleased!

Besides smelling lovely and being used to for sachets and potpourri, Lavender is purported to have many other uses, from the culinary to the medicinal.

I have even used my dried lavender flowers soaked in 181 proof grain alcohol to make a pleasant-smelling “hand sanitizer” that doesn’t have the slimy and chemical aspects of commercial sanitizer.

This lavender variety is cold hardy in my growing zone and has survived two winters so far.

Chamomile is another herb that I grew from seed I got at Monticello. I started it in the same season as the lavender, and it has been just as prolific. I love the “happy little daisy” look of these summer flowers and just brushing up against them emits a pleasant fragrance.

I planted chamomile so I could make tea, but it too has many other purported uses which are generally recognized as safe. But do look up the few safety recommendations as it can sometimes interact with other medications you are taking or produce allergic reactions in a few susceptible individuals.

Like the lavender, chamomile is a perennial and also self seeds, so you do need to separate and thin the clumps every few years.

There are two main types of chamomile – Roman and German – which have some differences. But both are considered “ medicinal”.

Bee Balm is another herb that I started from seed in my window. Finding these things as pre-started plants in nurseries can be a challenge and additional expense, so I went the cheap route and planted seed in toilet paper tubes in my window.

Bee Balm doesn’t bloom until the second season, so some patience is required.

There are a couple different species of Monarda, with varied colors and reportedly varied concentrations of “medicinal properties“ I planted Monarda fistulosa which tends towards pink or purple flowers, and has a very oregano-like flavor, but I’m now ordering Monarda didyma, which tends toward red flowers and has a fruity scent/flavor, so that I have both.

Another name for Bee Balm is “Oswego Tea”. It is reported that some colonial citizens followed the Native American practice of cultivating and drinking Bee Balm as a tea. This was rather a finger in the eye to British tea taxes. It is said that Monarda didyma has a flavor similar to Earl Grey, resulting in another somewhat misleading name of “bergamot” – which is the name of a completely different plant that is used to flavor real Earl Grey Tea.

Bee Balm is a member of the mint family, so be careful where you plant it. The mint family is notorious for spreading everywhere and taking over a garden plot, so plan accordingly, or just keep it in pots to keep it under control. I personally don’t care if it takes over the whole hillside, so I’m not restraining mine.

The Yarrow I have in my yard is a bit of an accident. When we built the house 20 odd years ago there was an embankment that needed to be seeded promptly to avoid erosion. I spread a bag of “wild flower mix” around and hoped for the best.

The only thing that has survived after all this time and hasn’t succumbed to the mower or been crowded out by grass or clover is Yarrow. This year I’m going to move some to the bed with the Bee Balm so I can keep my “medicinals” in one place.

Yarrow too has many purported benefits. According to this link it is generally not considered toxic. Though pregnant and breastfeeding women should avoid unless under advice from their doctor. Likewise people with bleeding disorders.

In addition to the above, I’m growing the usual more common culinary herbs like basil, oregano, mint, rosemary, and thyme that are also said to have various healing properties. Time and space preclude their addition here, but if you are genuinely interested, books and internet sites abound.

The only “medicinal” use of any of the above I can admit to having done myself is hot mint tea with a splash of bourbon during a headcold. But hey – there isn’t any medicine that makes a cold go away faster anyway, so why not. At least it tasted good and I slept well.

These herbs in addition to being edible and purportedly useful medicinally, are also pretty, colorful, smell good, and are pollinators that make the bees and butterflies happy. With all that going for it, why wouldn’t you plant an herb garden?