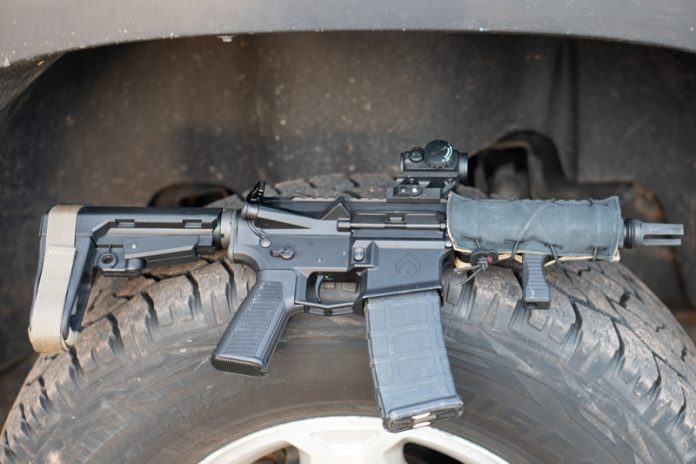 Over the past decade, .300 Blackout underwent a transformation from a cartridge without much of an identity and into a major contender in the shooting world. Many of the early criticisms, though, were ones that came with youth. Only rumblings existed about performance and few ammo makers manufactured the round. Its rareness and high price point also made it difficult to test. With time, however, those concerns have been alleviated.

The .300 Blackout was originally designed by Advanced Armament Corporation to mimic the ballistics performance of 7.62x39mm, the common chambering of an AK rifle, but function in standard AR rifles. The thinking was there’d be minimal differences between firing the standard 5.56mm and.300 Blackout. In essence, shooters would only need to make a few adjustments to recalibrate their rifles.

Over the past decade, .300 Blackout underwent a transformation from a cartridge without much of an identity and into a major contender in the shooting world. (Photo: Ben Brown/Guns.com)

The initial proposal piqued the interests of a lot of shooters and where there’s a will there’s a way. Since those early days, the .300 Blackout has been proven in a variety of areas and through much debate its exact purpose has been narrowed to a number of options.

For suppressor shooters, owning a .300 Blackout rifle is almost a necessity. The round suppresses really, really well. After all, it was somewhat part of its origin story. With a subsonic 200+ grain bullet you can achieve a very low decibel through a silencer and still have a relatively effective round on soft tissue. Lastly, there’s availability. It is now way more feasible to find and stockpile .300 Blackout. In the early years of .300 Blackout, the availability was spotty and the cost per round was anywhere from $1.50 to $2. Since the round has been more commonly accepted, a variety of manufacturers have started to produce it. This has driven the price down and increased availability.