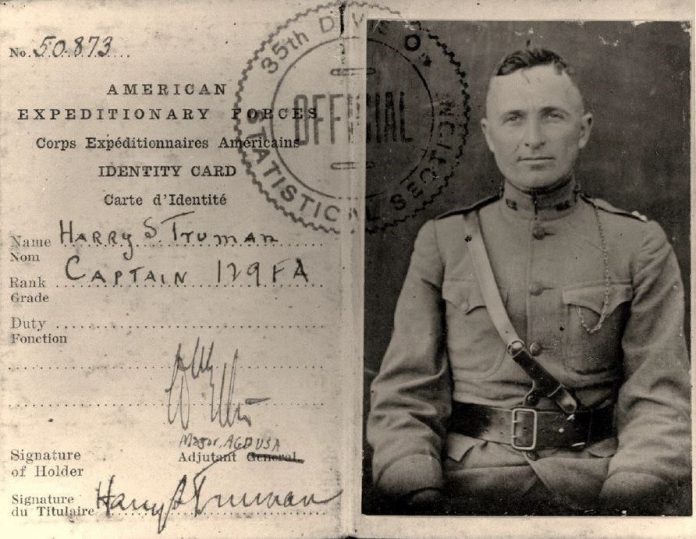 With the 100th Anniversary of the end of World War I looming, it is only fitting that we take a look at the gun carried by the only President to see combat in the conflict.

While the former Spanish-American War veteran President Teddy Roosevelt volunteered to return to service to fight the Kaiser in 1917, his offer was not accepted by political rival President Woodrow Wilson. Further, although a career Army officer at the time, future President Dwight D. Eisenhower was stuck in training duties stateside and never made it to the front line in France. One man who did go was Missouri-native Harry S Truman, whose past jobs had included farmer and clerk.

After service in a Missouri National Guard artillery unit from 1905 to 1911, Truman, then 33, re-enlisted after the U.S. entered the War and was soon elected lieutenant. With his unit federalized as the 129th Field Artillery Regiment of the Army’s 35th Infantry Division, he was promoted to captain in July 1918 and was soon on his way “Over There” in command of a battery of four horse-drawn 75mm field guns.

Sent to the Western Front, his outfit was engaged by September 1918 in the hellish fighting in the Meuse-Argonne region, where ironically his guns would go to help support a tank column commanded by then-Major George S. Patton. Under Truman’s command, Battery D suffered no combat deaths during the war, which ended on Nov. 11, 1918. In all, the unit fired more than 10,000 shells in the war.

Truman had two firearms with him in France, a Colt M1911 .45ACP semi-auto, as well as a Colt M1917 revolver, both of which he kept when he was mustered out of active duty in May 1919. Remaining in the Army Reserve until 1953, he eventually was promoted to colonel, even writing to Bess Truman of having to requalify with handguns while at summer training.

Truman went on to open a haberdashery in Kansas City and became involved in veterans’ organizations. By the 1920s, he was elected as a County Court judge, then in 1935 as Missouri’s junior U.S. Senator during the Great Depression where his past military service led to his involvement on Capitol Hill with the so-called Truman Committee which investigated defense contractor prices.

Eventually, he was President Franklin Roosevelt’s Vice President in 1944 and then moved into the Oval Office when FDR died in the midst of World War II. Truman, as commander and chief, later made the decision to drop the Atomic bomb, twice, a move largely credited with ending the war with Japan.

When Truman ran for President on his own in 1948 and was elected, more than 70 surviving members of Battery D marched in his inauguration parade the next year, escorting his car.

In 1957, the former President, Great War veteran and retired colonel donated his M1911, serial No. 227577, as well as his WWI combat uniform and personal equipment to the Truman Library, where they are on display today. 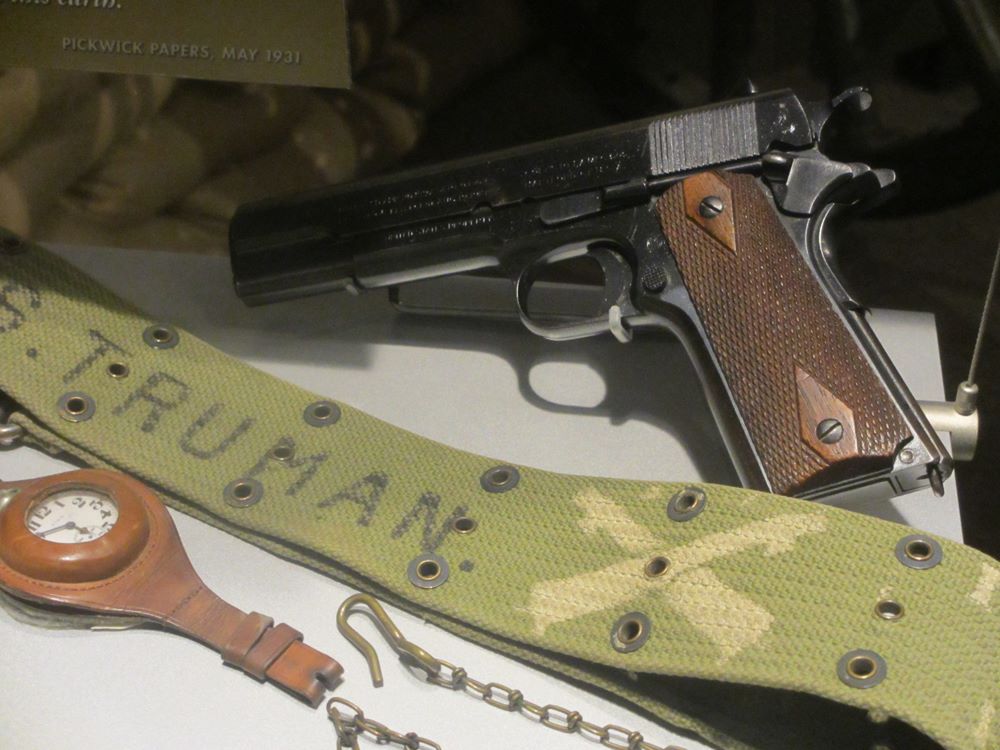 The M1911 and web belt belonging to Harry Truman at the Truman Library and Museum in Independence, MO (Photo: NPS)