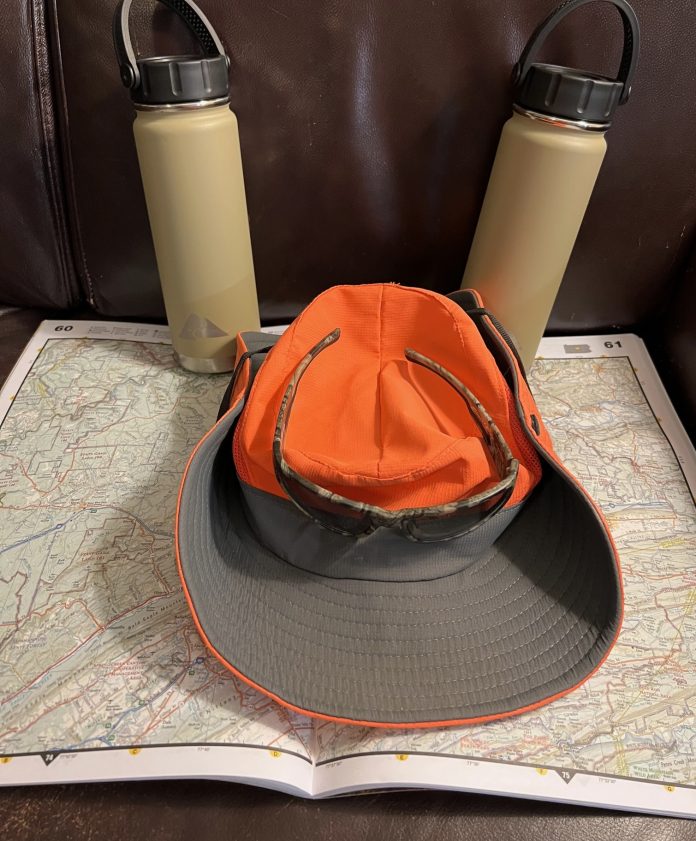 A news article I saw this weekend triggered all of my parental and pediatric horror and sorrow. I hadn’t seen the news when it actually happened back in August. The article was just an update. But I couldn’t “not” write about this once I knew about it.

The short version is that back in August a California family of mom, dad, 1 year-old baby and their dog went for a hike on a known marked trail in the Sierra National Forest.  They never came home. Their bodies were found on the trail a mile and a half from their car. It was eventually determined that they died of dehydration and heat exposure.

I cannot imagine the horror of this family as they realized what was happening to them, and the anxiety of their families at home as they waited for news. The cell phone calls for help didn’t go through and help did not arrive. I am especially heartbroken about the baby. It is hard enough to grasp when grown adults make decisions that result in their own deaths. But a baby and even the dog …

I do not want to place blame on people who are not alive to defend or explain their actions, but this certainly seems as if a tragic lesson should be drawn for the rest of us. They were ”only” 1.5 miles from their car on a marked public trail. They took pictures along the way. And yet they are all dead.

It looks like the family started their fatal hike early in the morning when the temperatures at the trailhead were only in the 70’s. But by early afternoon that day it was reported that temperature on the south facing slope where their bodies were found was 107-109 degrees.

Reports back in October determined that the family died of dehydration and heat exposure. This article said that there was a back pack with an empty water bladder that could hold 85 ounces. Nobody knows if that bladder was full or not when they started out. But even if it was, that was only a little over 2.5 quarts of water for two adults, a baby, and a dog when temperatures ranged near 109 degrees Fahrenheit. It’s all so sad.

Contrast this tragic situation with a meme that went around the other year. I don’t know who this guy is, but it chapped me then, and it chaps me now. Apparently everyone on the internet thought it was funny but me.

Why the derision against being prepared? Sure, we all know “that guy” – the gear guy who always has more stuff than he seems to need. But why the snide remarks and the snap judgements about someone you don’t even know? How do you know that the guy with two hiking sticks doesn’t have a disability? Double knee replacements? Severe arthritis? We don’t. But it’s fun to laugh at him for having more gear than “we” think he needs. The thing is – “that guy” may well have survived the hike that this tragic family did not.

I don’t pretend to be an outdoor survival expert. (Hello I don’t even know how to use a compass yet, remember?) But I will claim to be an expert level worrier.  If I am leaving the house for almost any reason the big three that cross my mind are: What if I get cold? What if I get hungry? and What if I get thirsty? Followed in no particular order by What if I have to pee? What if I break down? What if I have to walk? and What if the apocalypse breaks loose while I’m getting Chinese take-out? Thus I carry “stuff” in my car. Remember my piece about a get home bag awhile ago? I need to inspect and update that bag soon too.

But if the stuff you need is in your car and not on your person (Going for a hike for instance), then you can be SOL fast if you can’t get back to your car. That’s apparently what happened to this poor family. They didn’t have what they needed WITH them at the time.

The wide swings in temperature on this public hiking trail and the tragic outcome are a reminder that we all need to plan for the unexpected when outdoors. We need to do some research on an area before setting out. We also need to let go of what other people might think of our gear and preparation. The haters aren’t going to be there to help us out of a bad situation.

Know what the weather is usually like at ALL times of day where you are going. Know if the area is prone to sudden thunderstorms, freak blizzards or flash flooding. Know whether there is cell service or not. Have an alternate plan for getting help. Or maybe just don’t go that day if the weather could be iffy.

I bailed on a trip to the family property the other month because the temps were going to be in the single digits. I knew that with those temps the windchills would be below zero and the wind often blows hard up there. Why should I risk frostbite just to change some game cam batteries? That would be stupid. So I just didn’t go.

This applies to your daily commute as well. Don’t just assume that “someone” will have cleared the roads. Consider staying home. Have alternate routes in mind and carry food, water, and supplies in your car. There were hundreds of Virginia drivers last month who wished they had.

While on an outing, carry more water than you think you will need. Most people walk around in daily life minimally hydrated as it is. If you then stress that system you quickly get failure in the form of dehydration, heat exhaustion, heat stroke, and death. Sure, water is heavy. But that will give you more incentive to actually drink it to lighten your load. If you don’t have to pee, you aren’t drinking enough.

Be aware of the terrain that you will be covering. Is there a steep slope near the end when you could be tired? The risk of injury is greater when we are fatigued, dehydrated, disoriented, or otherwise less alert. Is the whole return loop “uphill”? Be aware of how terrain will affect how much time it takes to complete your route and plan accordingly.

Are there cliffs or steep drop-offs on the map? How many people make the news because they fell to their deaths trying to take a selfie? Know ahead of time what you are going to encounter, watch your footing, and don’t be stupid. This is another reason I want to improve my map reading skills. I want to be more aware of elevation changes and potential danger BEFORE I go.

People tend to think that the outdoors is like a Disney theme park where the rides only “seem” scary, but you are protected at all times. I would like to remind those people that even at Disney a toddler was killed by an alligator at a lake beach a few years ago.

In addition to the theme park mentality, people tend to overestimate their own endurance and capabilities. But the natural world is not a video game. There are real dangers for the unaware, unprepared, or cavalier. There often seems to be a “swagger” when it comes to people in the outdoors. Everyone thinks they’re Jeremiah Johnson. No one wants to be the one who bails or says they are turning back. No one wants to be thought a “pussy”. But better to be thought pusillanimous than to be dead.

Discretion is still the better part of valor. Be prepared. Plan ahead. Stay alive.