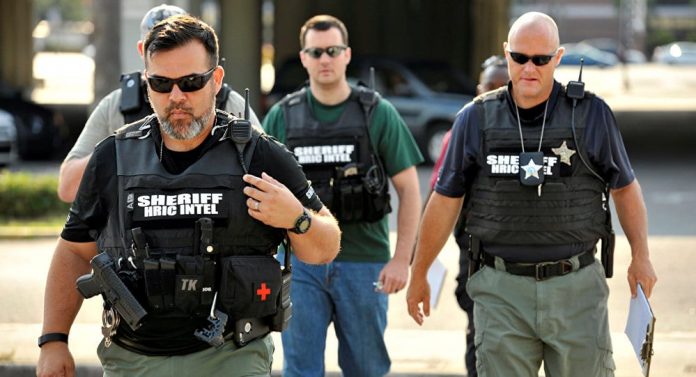 The American populace should not lull itself into a false sense of security, US scholar Kevin Reagan stresses, bemoaning the fact that the deadly Orlando shooting caught Americans by surprise. According to Reagan, the US should follow in Israel’s footsteps.

Public education on terrorism in the United States suffers from “a deleterious combination of apathy and political reticence,” Kevin Reagan, a Resident Junior Fellow at the Center for the National Interest, writes in his recent article.

Referring to a 2009 Homeland Security Institute (HSI) report for the Department of Homeland Security (DHS), the scholar calls attention to the fact that the US government’s success in implementing the HSI’s recommendations “has been minimal.”

“DHS ostentatiously launched the ‘If You See Something, Say Something’ campaign in July of 2010, seemingly its most concerted effort to engage the public in counterterrorism. However, the campaign has so far perfectly illustrated the deficiencies of public education on terrorism. Unfortunately, slogans are not educational and the ‘If You See Something’ campaign has been vague in its instructions,” Reagan underscores.

Alas, three years later a Gallup poll indicated that less than half of Americans heard the “If You See Something, Say Something” slogan.

“DHS has awarded millions of dollars in federal grants through its collaborations with dozens of states, cities, sports teams, and other organizations to spread the campaign across the US Yet, a Dec. 17-18 Gallup poll finds that a majority of Americans (55%) have never heard of it,” Steve Ander and Art Swift of Gallup.com reported on December 23, 2013.

Another study, carried out by the International Association of Chiefs of Police (IACP) in 2012, revealed that “when respondents were asked to describe activities they considered suspicious, a measly five percent of respondents identified activities which could be terror-related.”
According to Reagan, this disturbing and deplorable trend has resulted in complete unpreparedness of American civilians for “active shooter”-style attacks as in San-Bernardino and Orlando.

“These attacks highlighted the unsettling reality that there are a plethora of soft targets in the United States and that ISIS [Daesh] and their ilk will not hesitate to engage them,” Reagan emphasizes.

To tackle the terrorism problem Washington should follow in Israel’s footsteps, the scholar believes.

In contrast to the US, terrorism preparedness in Israel is a joint responsibility of both the government and the citizens of the state. Tel-Aviv provides proper education to its people about terrorism and survival practices.

Thus, unsurprisingly, Israel’s society is more proactive in preparing for terror assaults “and thereby more resilient in recovering from them.”

“The [US] government should acknowledge this reality by working to prepare the public rather than expounding on the need for further misadventures abroad or expanding the surveillance capacity of the state,” Reagan underscores.

“Cities like Washington, D.C., New York, Chicago, Boston and Los Angeles could greatly benefit from even the smallest increase in civilian awareness,” he stressed.

However, there is yet another problem, Patrick J. Buchanan notes in his recent opinion piece for the American Conservative entitled “Omar Mateen and the Clash of Civilizations.”

Radical Islam has nothing to do with democracy and Western values, the conservative commentator emphasizes.

He points to the fact that while Washington rushed to point the finger of blame at San Bernardino shooters and Mateen it continues to cooperate with the Gulf regimes whose “books laws [are] calling for beheading the same sort of people Mateen shot to death at the Pulse club in Orlando, and for the same reason — what it is they do.”

In addition to what Buchanan highlighted, the question arises, what kind of policies toward sexual minorities do the so-called “moderate Syrian opposition” groups, like Ahrar Ash-Sham or Jaish al-Islam, conduct in the Middle East?

On June 12, Omar Mateen, an American citizen of Afghan descent, murdered 49 and injured 53 people at Pulse gay nightclub in Orlando. Reportedly, in 2013 Mateen was investigated by US law enforcement for possible connections to Islamist terror organizations.